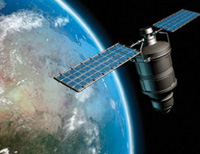 The launch was performed normally at 21:03 Moscow time. The satellite was launched to increase Russia’s orbital group of defense spacecraft, Itar-Tass reports.

Vladimir Popovkin, the chief of the Space Forces of the Russian Federation, said on April 10 that Russia was going to launch two communication satellites this year, including a principally new intelligence spacecraft.

The first launch of defense satellite was performed on February 28 from the Baikonur Spaceport.

Established on August 10, 1992 , following the breakup of the Soviet Union and the creation of the Russian Armed Forces, Russia’s Space Forces shares control of the Baikonur Cosmodrome with the Russian Federal Space Agency. It also operates the Plesetsk Cosmodrome and the Svobodny Cosmodrome.

The main tasks of the Russian Space Forces are informing the higher political leaders and military commanders of missile attacks as soon as possible, ballistic missile defense, and the creation, deployment, maintenance and control of in-orbit space vehicles. For example, the Space Forces operate the GLONASS global positioning system; commander of the Space Forces Colonel General Vladimir Popovkin said in January 2006 that 18 GLONASS satellites would be in orbit by 2008 (the system is currently not fully operative).

Formations of the Space Forces include the 3rd Missile-Space Defense Army, and a Division of Warning of Missile Attack, both with their headquarters in the town of Solnechnogorsk near Moscow. Installations include the Qabala Radar in Azerbaijan, along with a number of other large warning radars, and the A-135 anti-ballistic missile system which protects Moscow.