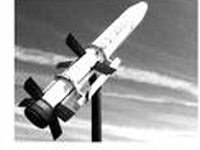 Are NATO’s expressions of “regret” at Russia’s moratorium on the Conventional Armed Forces in Europe Treaty, a Treaty ratified by Russia but not by NATO, a sign of hypocrisy – or stupidity? While the Russian Federation has constantly made offers to open doors of discussion and windows for dialogue, NATO has expanded to Russia´s threshold, built military bases on its doorstep and now plans to deploy a missile defence shield on its frontiers.

On Saturday July 14th President Vladimir Putin issued a decree suspending the CFE Treaty from 150 days after notification to signatory states, until NATO ratifies the CFE Adaptation Agreement, which to date has only been ratified by the Russian Federation, Belarus, Kazakhstan and the Ukraine. Russia’s Foreign Ministry issued a statement at the same time, stating that Moscow continues to be open to dialogue.

The reasons stated by the Kremlin for this measure are the fact that the CFE treaty does not reflect the current geo-political state of affairs concerning Russia’s security and required emergency actions. The CFE Treaty does not take into account the dissolutions of the Warsaw Pact or the Soviet Union, neither has NATO ratified the upgraded CFE Treaty signed in 1999 and furthermore, Washington’s recent stances of insolence and intrusion on Russia’s borders have evidently had their consequences. To every action, there is a reaction.

The original CFE Treaty was signed on November 19, 1990 in Paris by the member states of NATO and the Warsaw Pact, with the aim to limit the deployment of weapons in Europe. It entered into force in 1992. The Adaptation Agreement signed at the Istanbul Summit on 19th November 1999 took into account geo-political changes taking place during the 1990s. However, almost eight years later, it has still not been ratified by NATO, which continues to change the geo-political balance in its favour by deployments of troops, establisment of bases and now, the planned implementation of strategic weapons systems.

NATO’s position has been that there can be no ratification of the Adaptation Agreement until Russia withdraws fully from Georgia and Moldavia, yet continues to expand eastwards. Russia on the other hand has clearly expressed its commitment to a phased withdrawal from those two fomer Soviet states, has complied with all its commitments under the CFE Treaty, has ratified the Adaptation Agreement, has destroyed a further 15.700 military items outside the CFE Treaty, has constantly proferred solutions and suggestions to overcome tensions and recently, proposed to open a global missile defence system to its partnes in the international community. If this is not good will, what is?

Therefore NATO’s description of Russia’s move as “a disappointing step in the wrong direction” is either hypocritical, or idiotic. If Russia ratifies a Treaty and NATO does not, if Russia is supposed to withdraw its troops while NATO expands (today the three Baltic States, Poland, Slovakia, Czech Republic, Hungary, Romania and Bulgaria are all NATO members), if NATO intends to set up a strategic ballistic missile system on Russia’s doorstep, Russia replies by offering a valid and more effective alternative and NATO refuses, what is Russia supposed to do?

Washington’s political ABC of arrogance, belligerance and chauvinism is clearly a policy of intrusion, insolence and intromission aimed at introducing structural elements of confrontation in Europe, its flames evidently fanned by the neo-conservative hawks which have grasped Washington’s foreign policy by the throat to satisfy the interests of the clique of corporate elitists which gravitate around the Bush regime and dictate the policies of the United States of America. What would the Founders of the Nation have to say if they were alive today?

The military vector in the current situation should not be stressed, and those who wish to hype the story up into a Cold War-type incident are wrong. The question is clearly political, not military, since Russia could easily overturn any supposed advantage by the USA by large-scale deployment of RS-24 multiple-warhead ICBMs, Bulava-30 sea-launched missiles and the deployment of short-range Iskander-M missiles in Kaliningrad, deep inside the European Union.

On Friday, Russia successfully tested its new S-400 Triumf missile system, which eliminated all its targets succesfully. The NATO codename for the S-400 Triumf is SA-21 Growler. It is an upgrade of the S-300 and has a range of two times that of NATO’s MIM-104 Patriot, being able to liquidate airbourne targets at a range of 400 kilometers.