There has been a plethora of superseding “inventions” to “justify” U.S. invasion in Iraq. Some hail this as the U.S. administration's innovative approach to U.S. International Policy. Nobody can stop the crafty innovators in the White House, they continue to go from one invention to the other. The latest “invention” of the White House is aimed at justifying torture as means of interrogation of terror suspects (even before they are charged or let alone prosecuted). Ordinary folks seem not educated enough and lack an adequate command in innovative White House linguistics to understand the language of the White House inventors. What is known in anybody's language as 'invasion' and 'terror', 'torture', in the language of U.S. Administration receives a divine print of a holy war for democracy. 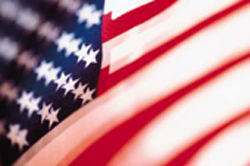 Nothing will deviate this President of the U.S. from his pursuance of what he calls “God's Will”. Coincidentally, Bin Laden, Abu Musab al-Zarkawi and their Islam fundamentalist suicide bombers use a “mantra” “Insha”Allah” meaning the same thing - “God's Will”. “God's Will” has thus become the “universal justification” for terror, counter terror, aggression, counter aggression, invasion, counter invasion, butchery and counter butchery. Torture is the inhuman manipulation of the human feelings of fear to achieve desired outcomes. The human race has come a long way protesting, fighting against and discarding these primitive ways.

The Islam Fundamentalists try to justify the unjustifiable by resorting to terror. They counter the U.S. invasion of Iraq by invading the freedom, human rights and killing of ordinary people, including the very people who oppose the U.S. invasion. Having failed to justify the unjustifiable invasion in Iraq, U.S. administration try to counter the counter invasion by invading freedom, democracy and resorting to measures to legalise torture. Torture is the tool of the imbecile, desperate disillusioned, distorted mentality with no vision.

Whether state sponsored, or sponsored by Al-Qaeda, Bin Laden or any other “imbecile”, terror is terror. It is not a decent, civilised way of reinforcing law and order or fighting against terrorism. Resorting to terror is no doubt, a sign of power, but it is not a sign of prudence, it is a clear sign of desperation, weakness, lack of vision and wisdom. Whether legalised or carried out behind the scenes, subjecting humans to various form of torture as means of interrogation can never be justified by international law, let alone by elementary human decency.

In the same way as the invasion of Iraq was “justified”, White House and Pentagon seem to use semantics and deception to justify the unjustifiable in regard to allowable torture. The latest “justification” is taking shape as the God's given exclusive rights of the U.S. administration to “obtain intelligence vital to the protection of untold thousands of American citizens” by any means. A group of military and civilian lawyers working for U.S. Defense Secretary Donald Rumsfeld has forwarded a report, according to which the President, as commander in chief of the U.S. needs not abide by any International treaties in authorising any psychological and physical means of torture in interrogation. It seems the “care takers” or rather “under takers” of the Guantanamo Bay detention centre are running out of “innovative interrogation tactics”. The truth is that with the mounting international protest against blatant violation of international law by the U.S. in Gountanamo Bay and recently revealed number of U.S. torture camps in other countries in the world, U.S. seems to be running out of “innovative justifications” to “legalise” the unjustifiable.

Behind the closed doors in White House anything and everything even the God's Will can get a good deal of twists and turns. For the past two years Iraqi people have been getting Bush's “Insha'Allah” in thousands of packages wrapped in blood drenched rags - an estimated 50,000 of them so far. Bush's democracy packages come wrapped in the American flag as well. So far, Bush has delivered, two thousand thirty six (2036)of such packages to American people from the theatre of his holy mission in Iraq. In spite of George Bush's address to the nation on the 1st May 2003, on board USS Abraham Lincoln, in front of a huge banner which said “Mission Accomplished”, the U.S. mission in Iraq is still far from being “accomplished”, it is brutally not clear how many more human lives will take to "accomplish" this mission.

Unfortunately, George Bush's “capillary vision” of the world continues to provide answers to Bin Laden's prayers. While the U.S. forces have been struggling to get new recruits Bin Laden has no shortage of “innovative” suicide bombers, thanks to Bush. New generation of “innovative” suicide bombers seem to come from home-grown reserves within Bin Laden's enemy territories of infidels, now within Australia as well. But the tragic irony is the war that Bush started in Iraq based on the mother of all deceptions, has not smoked the real terrorists out from their real caves as promised but has made the real people in real democracies,the sacrifices of his deceptions. Instead of learning from the grave consequence of old deceptions, the Bush administration is continuing to “invent” more deceptive justifications to justify the unjustifiable, obscene, immoral and inhuman means of torture.

Bin Laden's “Insha'allah” or George Bush's “God's Will,” it pays to have a closer look, at the earthly causes which have lead to the continuation of devastation and butchery in Iraq. The minuscule “visions“ of the U.S. administration and the terrorists are equally inhuman. No amount of justifications can ever justify one or the other. With each deception and counter deception, aggression and counter aggression the truth seem to become murkier and murkier. Exposing the truth is the only way to prevent continuation and recurrence of this utter “wasteful destruction” of invaluable lives, energy and resources of the mankind.

As portrayed by U.S. administration one of the justifications and the greatest achievement in the war in Iraq was the “capture” of the Tyrant - Saddam Hussein. People who value democracy freedom, justice and human rights rejoice with the downfall of any regime, that rules by manipulation of fear. But the initial “justification” of the U.S. for Iraq war, was not “change of Saddam's regime”, Saddam's regime found its nourishment in the lavish and friendly relationship it enjoyed with the U.S. for a long time until the Gulf war. The initial justification was Saddam's “Weapons of Mass Destruction”. This justification, as soon the whole world found out, turned out be the mother of all deceptions, well planned and completely fabricated by the U.S. This must be the most widely orchestrated and as most strongly reinforced deception that the world has ever known.

Whether the real justification was WMD or regime change, this war, according to Donald Rumsfeld was supposed to be a “Cake Walk”. Explaining why his “Cake Walk” has taken so long and is still continuing, Rumsfeld answered “we now know we don't know” (no he was not quoting lyrics from a rap song). In the same tone, may we say the WMD was “the unjust justification to justify the unjustifiable”.

The Tyrant of the Middle East - Saddam Hussein, did not become a tyrant overnight. Saddam had decades long close relationship with successive U.S. administrations from John. F. Kennedy to George H. Bush. Top level CIA delegations paid frequent friendly visits to see him, shared intelligence with him, assisted, nurtured and supplied him with the ingredients to make chemical and biological weapons, and when he used chemical weapons the U.S. turned a blind eye, did not take action at the UN Security council or anywhere as Saddam was “our kind of a guy” then. U.S. administrations of Reagan, George H. Bush provided him with the tools, the means, the money, encouragements, praises and pats on his back which contributed to the process of turning him into the tyrant that we know.

While the spin doctors and the political pandits in the White House avoid admission of the U.S. responsibility in the making of the Tyrant over the past decades, it is important to provide the facts and records from the recent past to prove this was really the case. These are the criminal facts and records that the U.S. administration would like to hide with one deception after the other.

It seems not easy, even for the God to wipe out the earthly records of the past “Karma”, specially when “the past” is only few decades old. The continuous deceptions orchestrated by successive U.S. administrations of “Bush -the father and the son and his holy ghosts”, Donal Rumsfeld and others have contributed heavily in giving the Saddam his "fangs" and the “venom”, which he initially, was not even desperate for. The U.S. pandits made series of “criminal mistakes” one after the other with the “short sighted vision” of advancing U.S. dominance in the region. None of these measures have proven to be in the real long term interest of the American Public, International and Domestic benefit, or U.S financial progress. U.S. seems to have an inherent lack of prudent judgment, which makes them “jump to bed” with anybody, including tyrants or dictators, to achieve short term dominance. The assumption: being the most powerful, resourceful country in the world, with unmatched military and intelligence prowess, U.S. cannot be outsmarted, has been a grave miscalculation and a dangerous myth. U.S. has become more vulnerable to terrorism today than ever before.