Inquiry to be launched into CIA secret operations

There has been more controversy over the alleged secret use of European airfields by the CIA while flying terrorist suspects to unidentified countries where torture and rough treatment of prisoners are legal. The media recently reported that several airfields in Spain and Sweden may have been used for the U.S. covert operations. Both Swedish and Spanish authorities initially denied any allegations. However, official statements released by the Foreign Ministries of the above countries late afternoon on Tuesday said about the “readiness to carry out a thorough investigation of information reported by the media.” 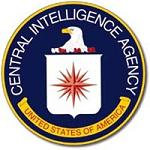 Madrid daily El Pais was the first to report on the CIA aircraft using an airport on the Spanish soil. The article said that 4 planes allegedly carrying terrorist suspects had landed secretly in the Balearic Islands. The newspaper claimed that the Spanish secret service – National Intelligence Agency – had repeatedly requested the CIA to refrain from using the Spanish airports for stopovers while transporting the al-Qaeda terrorists to the third countries. Despite the requests, the CIA aircraft used the airport in Palma de Majorca several times during the  period from January 2004 to January 2005. According to sources in the Spanish government, the CIA always denied that the flights had taken place though the Central Intelligence Agency has collected evidence showing the opposite. The Spanish security authorities have tail numbers of the CIA planes which landed in the Balearic Islands during the flight from Lybia to the U.S. military base in Guantanamo.

Following the report in El Pais, Spanish Interior Minister Jose Antonio Alonso said in a TV interview on Tuesday that a 'very serious problem' might arise out of the situation should the reports on the landings of the U.S. “flying prisons” in the Spanish airports be confirmed. The situation might have a negative impact on the relations between Spain and the United States, said the minister.

In the meantime, the scandal spread to Sweden. TT news agency reported on Tuesday that at least two CIA planes had landed in the Swedish airports in 2002 and 2005. The plains were hypothetically carrying suspected terrorists to the U.S. base in Guantanamo. A number of deputies of Swedish parliament demanded an explanation from the government. The government promised to sort out the allegations and unconfirmed reports. Swedish Prime Minister Joran Persson refused to comment until he is forwarded detailed information on the case. Meanwhile, Swedish counterintelligence agency SEPO said it had no information whatsoever regarding the flights of the CIA planes.

The international human rights watchdog Human Rights Watch called on the Swedish government to investigate the incidents involving CIA planes in Sweden. “The government of any country visited by the CIA planes had better ask questions and find out what is going on,” said Marc Garlasco, a Human Rights Watch representative, in an interview to TT. According to him, Human Rights Watch has grounds for suspecting the CIA of operating secret prisons in Eastern Europe. The international legal norms mean nothing in those prisons where terror suspects are kept and interrogated. The representative said he had no information as to the landings of CIA planes in Sweden and the presence of prisoners on board the planes. “In case of the planes that could transport prisoners, it is a duty of the government of any country to ask the U.S. for clarification,” said the representative.