The Truth about Iraq

The puppet regime set up by Washington, full of political Islamists, have even legislated recently in favor of husbands beating up wives who misbehave. The State has collapsed, because it was destroyed by the United States, and nothing has been set up, two and a half years later, to help the people. There are two 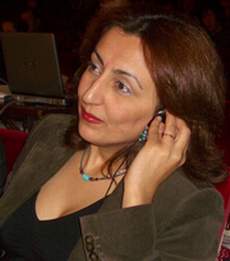 forms of terrorism in Iraq. The state terrorism perpetrated by the USA and the Islamist terrorism practiced by the unwanted Islamists. The people are caught in the middle. Women are raped, people are shot at arbitrarily.

Houzan Mahmoud, Iraqi political activist, came to Lisbon, invited by Pravda.Ru, to inform us about what is really taking place in Iraq. For those who wish to learn the truth, what she says is imperative to read.

Houzan Mahmoud, Co-Founder of the Iraq Freedom Congress (IFC) which was founded by many workers and women's leaders, socialists, intellectuals and secularists of Iraq among those organizations is Organization of Freedom for Women in Iraq (OWFI) and the Federation of Workers' Councils and Unions in Iraq (FWCUI), in which Houzan is one of their leading activist and also she is a member of the political bureau of the Worker Communist Party of Iraq, came to Lisbon, invited by the Portuguese version of Pravda.Ru to participate in a conference/debate on Iraq.

Apart from the debate, which was the source of great interest, bringing together various personalities from the most varied sectors of political life, among others, Houzan Mahmoud had meetings with representatives of the Left Block (Bloco de Esquerda), Communist Renewal Movement (Renovaзгo Comunista), the Trade Union Confederation CGTP, the Unions FENPROF and SPGL and gave interviews to the newspaper Pъblico, the magazine Visгo and the Portuguese news agency, Lusa.

The message Houzan has to tell is simple: the American-led invasion has taken Iraq back one hundred years in just two years. Shocked at what she saw this April and May on her return to Iraq, she paints a picture which few, if any, organs of communication, present to the public.

On the freedom of women

“Women are not free in Iraq today”, declares Houzan Mahmoud, who explains that they had more freedom under the fascist dictatorship of Saddam Hussein. The puppet regime set up by Washington, full of political Islamists, have even legislated recently in favor of husbands beating up wives who misbehave.

The OFWI has set up shelters to receive women who have been raped by American soldiers or are threatened by Islamist extremists or who are victims of domestic abuse and threats of so called “honour killings.”

Women are forced to wear the veil and to cover their arms and legs and those who refuse to, are often attacked, raped and even beheaded in public, in daylight. 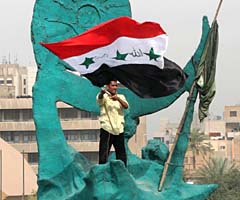 “The government is a puppet regime installed by the United States, which has no power at all beyond the Green Zone in Baghdad, in which it lives comfortably, practising corruption and leaving the people to their own fate at the hands of the Islamists and terrorists who run rife”.

The State has collapsed, because it was destroyed by the United States, and nothing has been set up, two and a half years later, to help the people. Running water and electricity have still not been established in vast areas of the country.

“There is no security in Iraq. People do not feel safe, even in their houses. In the middle of the night, a gang of armed thugs cam break in, steal, rape and murder.”

Houzan Mahmoud said that there are armed gangs of men everywhere, imposing their will, stealing and terrorizing people. The authorities are holed up in the Green Zone, powerless to do anything.

“There are two forms of terrorism in Iraq. The state terrorism perpetrated by the USA and the Islamist terrorism practiced by the unwanted Islamists. The people are caught in the middle.”

According to Houzan Mahmoud, these Islamic groups did not exist before in Iraq. The American-led invasion gave them the space they needed to pour into the country and the puppet regime, full of political Islmaists, gives these elements the cover they need to impose Sharia law on the people.

These terrorists murder fifty to one hundred people every day under the excuse that they are fighting occupation. It is not safe to go to cinemas, to restaurants or to bars because “these cowards choose these soft targets to kill as many people as possible.” They recently target barbers' shops “because men are supposed to have long beards, not shave them off.”

On the religious strife

The American invasion has created massive and deep cleavages inside Iraqi society, which never existed before. The puppet government and the Constitution have been drawn up based on sectarian, ethnic and tribal differences and are bound to create more problems than they solve.

“We are caught between two factions which nobody wants. On one side is the unwanted American-led invasion force, which does not protect anyone. Women are raped, people are shot at arbitrarily. If an American soldier sees Islamists attacking someone on the street, they turn their backs and walk away. They travel around in massive convoys terrified for their lives.

“On the other hand, we have a puppet regime which looks after its own interests in the Green Zone and has no authority outside it.”

“Hiding behind these two factions are the Islamists, who have found a safe haven inside Iraq. The victims are the innocent and defenseless civilians.”

According to Houzan Mahmoud, what Iraq needs is a third option: a strong civil society which sets up a secular and progressive state, based on the will of the people and not political, ethnic and religious divisions, which is what the puppet government represents. Therefore, whether the Constitution is adopted or not (and here is it important to remember that many people are either coerced into voting by the Shiites, Kurdish Nationalists and traibalists in power tricked by the 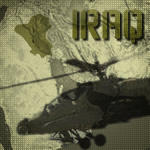 lies of the government which hides its real agenda or else simply do not know what they are voting for), the outcome will be the same: a government out of control, terrorists running rife and the people, unprotected.

The organizations which Houzan represents are setting up networks of workers' councils and trade unions, are organizing strikes and fighting for workers' rights, fighting for women's rights and are calling for support from the international community to ensure that Iraq and its people do not fall victim to Islamism. The women of Iraq want to walk freely in the streets without being attacked or decapitated because they are not wearing a veil.

Houzan Mahmoud sees the immediate withdrawal of the occupying force as being imperative, because the invasion created all the problems in the first place. The Americans are responsible for a decade of sanctions which has murdered hundreds of thousands of children and created a generation of disabled or sick children, through the deployment of Depleted Uranium, one hundred thousand people have been murdered in the war, civilian infrastructures have been destroyed, terrorists have poured into a country where they did not exist before and the country is in chaos.

The puppet regime, supported by the Americans, is composed of factions on the margins of Iraqi society, gathered together in London by the CIA before the invasion and given power that they have never earned.

Only through a civil and progressive movement supported by the people in a government, which is progressive and secular, not religious, can Iraq becomes a safe place for its people. “Under Saddam, we had one fascist dictator. Now, we have many fascist dictators. We are worse off than under Saddam”.

*A special mention of thanks to Pravda.Ru journalist and collaborator, Luis Carvalho, for his considerable contribution in organizing this event in Portugal