Trump does not believe his assistants and hopes to have a personal meeting with Russian counterpart Vladimir Putin. Afterwards, Donald Trump should address the American people,  Americanist Edward Lozansky believes. 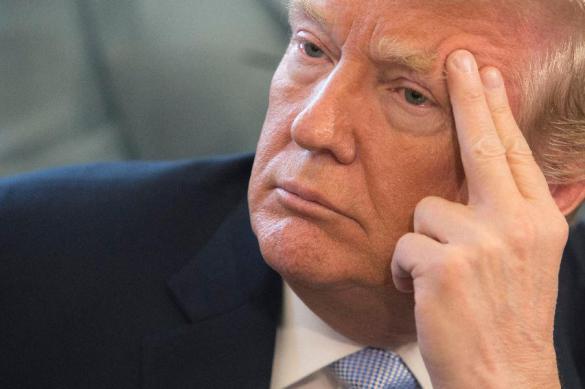 Even though US Ambassador to the UN Nikki Haley said that the US would impose another package of sanctions on Russia already on April 16, White House spokespeople said that Haley either misspoke or incorrectly expressed her thoughts. However, Nikki Haley is known as a highly disciplined woman, who simply cannot say such things.

American analysts have two versions to explain the situation. One of them says that Trump first gave the go-ahead for the new sanctions, and then changed his mind. It is also believed that Donald Trump could be in collusion with the Kremlin.

President of the American University in Moscow, Eduard Lozansky, told Pravda.Ru, that Trump was furious about the fact that his assistants were deceiving him. For example, it was reported that Donald Trump was supposedly enraged after he was informed that European countries had expelled  fewer Russian diplomats than the United States (60 people). There were other conflicts with the advisers, "who advised him not to congratulate Putin on his reelection, but Trump called Putin to congratulate him anyway.

"It probably came to the boiling point, and Trump decided to rethink the situation that has reached a very dangerous point. A lot of people in the world thought that the USA was going to launch another world war on Friday at night when the Americans fired missiles at targets in Syria," Lozansky told Pravda.Ru.

In his opinion, it is very important that Trump confirmed a meeting with Putin after he was "literally forced" to insult the Russian president. "If the two leaders meet and look each other in the eye, they will be able to find a common language," the political scientist said in an interview with Pravda.Ru.

The expert is not sure whether Congress will support Trump after the meeting. "The president will then have to address the American people to ask them to choose between war and peace. Of course, people will choose peace, and Congress will have to listen. It is highly important Trump and Putin should meet as soon as possible," Eduard Lozansky told Pravda.Ru.

Which business Putin and Trump contrive
19:06
Kremlin responds to rumours to call-up 1.2 million people
15:18
Kremlin explains status of Ukraine's attacks on Donbas after referenda
14:47
Erdogan: Ukrainian politician Viktor Medvedchuk left for Russia from Turkey
14:27
Russian Defense Ministry clarifies professions exempt from partial call-up
21:31
Lavrov at UN Security Council: It is you who turn a blind eye on Kyiv's war crimes
15:50
Foreign POWs released in Donetsk arrive in Saudi Arabia
14:28
Dmitry Medvedev: 'Hypersonic arms will reach targets in US and EU faster'
13:58
Chechnya's Kadyrov: There will be good news from the zone of special operation soon
12:10
Kremlin needs cushion of time before final decisions are made
12:48
Russian Defence Minister announces Russia's losses in Ukraine
World
WWIII in the making right now as Russia readies something big