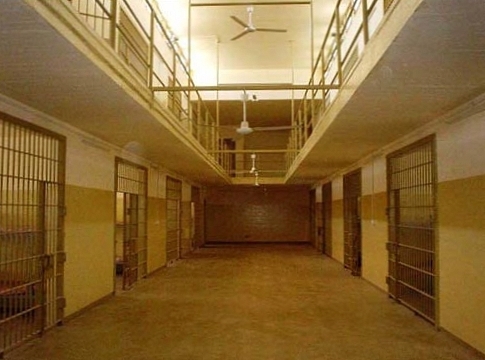 Has anyone else the notion that the Presidency of the United States of America has taken on the air that one might expect at a hairdresser's salon complete with pink magazines, vapid empty-headedness permeating the room and gossip as thick as pea soup?

"He called me old, like I didn't call him fat and short" is the same as saying "Hey everyone, the North Korean leader is short and fat". "Ah well I hope one day we can be friends" is being facetious and downright insolent. Maybe Donald Trump would like to realize that the stature does not make the measure of the man, what matters is what he does.

And what has Leader Kim Jong-Un done? He has ensured that his people live in safety, free from invasion and as prosperous as possible facing a blockade aimed to hurt the people and damage the economy of the DPR Korea. He has invaded nobody, he has murdered nobody. Now let us examine what Donald J. Trump has done in the year since he was elected.

A murderer and a terrorist

For a start he has tried and failed to turn Syria into an American colony, launching a murderous terrorist attack firing missiles at Syrian armed forces fighting Islamic State, making him a terrorist and a murderer by definition. It is crystal clear for all to see. One who commits an act of terrorism is a terrorist, and one who launches a missile attack in which people are killed and families are destroyed is a murderer. One may ask whether he would sit back and chuckle if the same thing happened to his family.

So why does he do to others what he would not like them do to him? So far, Kim Jong-Un 1 Donald Trump 0. And now what is this nonsense about being a mediator? How can someone who launches missiles at soldiers fighting terrorists in their own country, terrorists armed, aided, financed, trained and abetted by interests close to or allied to the USA itself, committing an act of terrorism and murder, call himself a mediator?

Moreover, who does Trump think he is by claiming he can mediate an issue (territorial claims in the South China Sea) in Asia which concerns Brunei, the PR China, Malaysia, the Philippines, Taiwan, and Vietnam, but not the United States of America? Why does he have to stick his nose into other people's business? Why does the USA have to be omnipresent across the globe setting up military bases to interfere in the sovereign affairs of sovereign nations?

By now unfortunately we have all reached the same conclusion: the USA is not benevolent and does not interfere in the affairs of others for their own good. Under the guise of freedom and democracy, the USA uses terrorist methods and terrorist tactics to further the interests of the lobbies which close ranks around the President or actively elect him.

We all know what Washington wants for the Democratic People's Republic of Korea. No it is not about human rights, after all look at the history of abuse perpetrated by US citizens against persons illegally detained across the globe, remember the CIA torture flights (just examine the slots records at airports for any period under question), remember the concentration and torture camp at Abu Ghraib in Iraq, remember the concentration and torture camp at Guantanamo Bay in Cuba.

It is about setting up a US colony on China's frontier and entering China through the back door. If Trump thinks we are all stupid, then he is an idiot.