The Weinstein story and the male chauvinist pig

So some film producer called Weinstein has been abandoned by family and friends, and company, forced into therapy with shrinks as women come flying out of the floorboards from thirty years ago claiming they were raped in hotel rooms. So let's get this sex thing straight and let's put things into context. And ask how far up the line this will go. 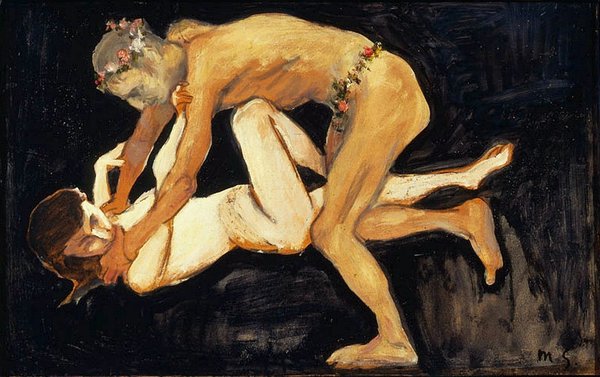 Humankind is perhaps one of the only animal species obsessed with sex and gender, drawing up rules and regulations and status even in religions. Let us take the Christian religion as an example. The mother of Yoshua, who we today call Jesus, was not even allowed the dignity of a normal birth and had to be a virgin. Like, why??

And Yoshua's friend Mary Magdalene was relegated to the status of a prostitute. Why? The main God of the Egyptians was the Sun God, Ra. The word for "Sun" is in the masculine in most languages. As the Sun came to be revered in the early civilizations, by the Greeks (Zeus) and by the Romans (Jupiter), again masculine, the role of the female was encapsulated by Aphrodite (Greeks) and Venus (Romans) as a classical sex symbol, the Fertility Goddess. Complete with large buttocks and big boobs. And so it continued in Northern Europe with the worship of Eostre at Easter time, the Goddess of Fertility depicted in rock engravings with the symbol of eternity in one hand (the egg, no beginning or end) and the symbol of fertility in the other (the rabbit). By this time the Sun had replaced the Moon (feminine) in most cultures, and the Moon was the representative of the Night, whose Messenger was the sinister Owl (even today feared in popular lore yet revered as the symbol of wisdom, making it/her the more dangerous).

Until one hundred years ago, or less, the woman was considered too hysterical (from the Greek hysterikos, belonging to the womb) to form a balanced opinion and was therefore prohibited from voting.

So the female-object has been the subject of repression for thousands of years, her place being firmly the kitchen and the children and she has been kept there by a general acceptance that the Man drives the car, the Man handles the machines, the Man is the main breadwinner, the Man earns more in sport and is promoted over the woman, in a male dominated world in which the third person in grammatical structures is described as "he, she and it" or simply in Latin Primers, "he".

All fun stuff and don't be a spoilsport. All women are fair game, are they not? And the answer is not. The human being must be the only animal to be so obsessed with sex and gender to the point where there continues to be a male chauvinist lobby in societies in which sexual predators are protected despite numerous rumors, in which the casting couch continues to dictate whether or not you get that first opening, and stay there, in a high-profile industry with thousands of pretenders for each and every role.

Now, whether or not Weinstein is guilty should depend on due legal process and a court, and judge, and the right to appeal. Indeed, some may find it odd that a woman waits three decades before remembering she was raped by the guy and comes forward to the newspapers first and the police as an afterthought. In fact I do not find it that odd at all. In a male dominated society, in which women are introduced to the mogul and warned that things might get a bit "handy" but don't worry about it just play along and you'll get the part, nudge nudge wink wink, if something happens because the pig on that day felt a bit horny and took advantage of a vulnerable person in a vulnerable moment in which her career could be decided in a fraction of a second... so be it. Like, what was she doing there in the first plac e? The answer is trying to get a job.

As I say, whether Weinstein is guilty depends not on the media and belongs to the law. But let us all make one thing perfectly clear: sexual abuse and harassment is a no-go area, it is a no-no in any circumstance and every circumstance, it degrades the woman, relegating the female to the status of a sub-human piece of trash and therefore is a violation of human dignity and human rights. The authorities and those representing them must be empowered and enabled to investigate immediately and implacably any claim of abuse as if it were an allegation of murder and against anyone from media mogul to President.

For those who make a living at the expense of others, if found guilty and given a custodial sentence, they will discover what sexual abuse means behind bars. It ain't pretty, folks. And let's face it, doesn't it speak volumes about a man whose personal charm is, well, just take a look at him... who apparently gets so much out of an act as singularly mind-numbingly boring as sex? I almost feel sorry for the guy...not!

The final question remains. Harvey Weinstein is where it begins and ends, or how far is this going to go? All the way to the top?