The NFL is racist

Preface:  The story below is satirical and does not reflect the beliefs of the author.  It is being used to highlight the duplicity and hypocrisy of one of America's most powerful and influential organizations:  The National Football League (NFL). 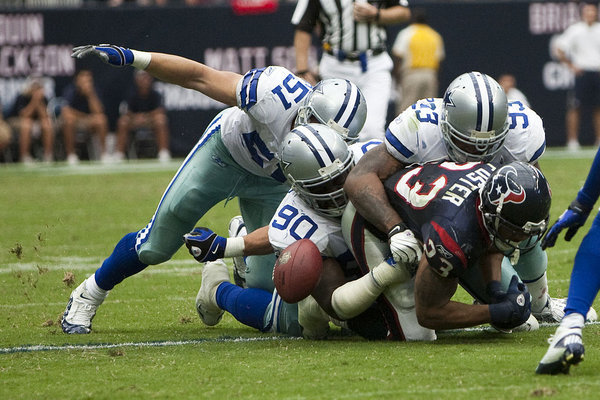 "Dear Pravda Readers: I regret to inform you that this will be my last article, not because I've run out of things to say, but because I have recently come upon a bit of good fortune that will occupy my full attention.  I am now the proud owner of an NFL team.

I have given great thought to what nickname I will give my team, and, since all my fellow owners are white (except for one) and since they apparently have no problems, as demonstrated by the Washington R******s, with team nicknames that denigrate people of different races, I have decided to call my team the N*****s.

I can almost feel the excitement of our first game.  The predominantly white attendees at the stadium that taxpayers have so generously built for me will be encouraged to dress in blackface, as the announcers from the major networks gleefully discuss and analyze how the N*****s are playing.

Naturally some might argue that this nickname is offensive.  But I ask you to remember that Daniel Snyder, owner of the Washington R******s, called his team's nickname an expression of 'honor' and 'respect' that deserves to be profited from and trademarked."

This ends the satirical portion of my article, and if it made you cringe a bit while reading it, you are not alone.  In fact, I had great difficulty writing it.  But it stresses the reality that even though a monopolistic football empire, and the sycophantic mainstream media that genuflect before it, would never allow the offensive team nickname I proposed, they continue to have absolutely no compunction about calling a team the R******s.

Sadly, this is what makes the term "R******s especially offensive, because the ease of its use dramatically underscores the political impotence of Native-Americans in the United States, where they comprise only 1.7 percent of the population.  They simply do not have the numbers to engage in effective boycotts on a national scale, and even though they disproportionately suffer injustices at the hands of America's legal system, their plight is rarely discussed in the mainstream media.

This offensiveness is compounded by the hypocrisy the NFL so frequently engages in when it comes to "protecting" the dignity of more politically powerful groups.  Whenever states pass legislation that detrimentally impacts African-Americans and/or members of the LGBT communities, the NFL often prohibits these states from hosting the Super Bowl.  In addition, NFL players are subject to fines or other discipline for making racist and/or homophobic remarks-standards that apparently don't apply to NFL owners.

But, as demonstrated by the blacklisting of Colin Kaepernick for kneeling during the national anthem to protest injustices against African-Americans (injustices that, unfortunately, have shown little signs of abating), it is clear that the NFL's "concern" for the players who make up roughly 67 percent of the league roster is more cosmetic than real.

Perhaps Michael Bennett, an NFL player who supports Kaepernick, said it best:  "I think the league is built on middle America, and most of the middle of America is predominantly a white crowd.  That's just the truth of it.  I think race is not something that the NFL wants to be a part of or get behind."

In 1968, Tommie Smith and John Carlos became pariahs for the protest they conducted during the medal award ceremony at the 1968 Olympics in Mexico City.  Peter Norman, the silver medalist who supported Smith and Carlos, endured similar ostracism in his native Australia.  Muhammad Ali faced immense hatred for his refusal to serve in the Vietnam War, and was stripped of his passport and denied boxing licenses in every state.

So two questions remain:  How long will it be before the NFL, and the teams and owners who are now blacklisting Kaepernick, decide (in a belated, predictable, and self-serving display of duplicity, hypocrisy, and hubris that they are infamous for) to honor his protest, and the reasons behind it?  And how long will they remain silent while one of their fellow owners continues to denigrate an entire race of people?

The answer is, "Too Long."  But something can be done about it.

In support of Kaepernick, leaders of the group Black Lives Matter have called for a boycott of the NFL.  People can not only support this endeavor by refusing to attend games, but also by boycotting networks, merchants, and advertisers who use and/or profit from the exploitation of racist nicknames.

Second, the mainstream media can instruct their reporters, announcers, and analysts to not use the term R******s during discussions about the NFL and broadcasts of its games.  Snyder might lack the integrity and decency to change his team's nickname, but that doesn't mean anyone else has to use it.

Finally, it is obvious, from the increase of NFL games being played in other countries, that the league is seeking to expand beyond the boundaries of the United States.  So, I will ask those countries to tell the NFL that it is unwelcome as long as the use of racist nicknames and the blacklisting of players who oppose racial injustice remain the status-quo.

Author`s name David R. Hoffman
Editor Dmitry Sudakov
*
18:54
Ukrainian soldier uses chainsaw and fire to release US howitzer from ice trap
18:30
Onet: Ukraine will lose in six months due to shell shortage
14:17
Russians buy more than 50 tons of gold in 2022
19:57
Russia will use all of its military potential to counter Western arms supplies to Kyiv
18:34
Biden changing strategy on Ukraine to reach diplomatic solution with Russia
17:36
Consequences of NATO's possible supplies of fighter jets to Ukraine get clear
15:16
Ukrainian forces suffer heavy losses while trying to cut across Dnieper
13:35
USA's next step is to suppress European economies
12:52
Victoria Nuland turns herself in about Nord Stream blasts
12:28
Moscow wants to push Ukrainian troops away from Russian territories
Medvedev: Ukraine as a state to be devastated, go bankrupt and be turned into colony