The 'New' Economy: Dog-eat-dog, cat, or any critter that moves

The 'new economy'.... How many times have you heard some blowhard spew that tired meme? There are far too many occurrences for my liking. Truth is the expression has been around for decades. Its use was rife in the Nineties. Experts say that the expression has its origin in the Eighties. Some of us remember that period's decadence. Moreover, who can forget the 1987 Stock Market Crash? The Dow's steep drop on that dark Thursday was a real harbinger of worse market 'corrections' to happen in the future. Ain't that the truth! 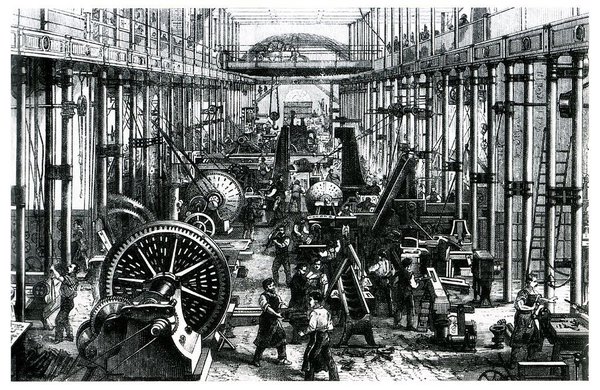 Much like any other maxim in economic theory, to find the underlying cause of this sordid picture of today's interconnected economy, one has to examine 'cause and effect'. Of course, many economists even back then had already published thesis papers. The preponderance of those warned about repeating the mistakes of the past. Just like the present, the market's big players, and state governments paid them scant notice. How could they not? Inflation, though a scourge to the common man's plight, was the clarion call for their masters, the one percenter elites, to conduct business as usual.

The alternative, deflation, was not an option. Falling prices, and perhaps with those, prior fortunes erased in market portfolio values, was not palatable to the bought-and-paid-for politicians. After all, the peoples' representatives had obligations: keep the lobbyists 'happy'.

Globalization along with inflation was the meal ticket for the rich to get richer. The elitists and their sycophants, the U.S. Federal Reserve Bank, the IMF, legions of predator transnational corporations and their feckless Western 'democracies' all were in hot pursuit of not only making the world their exclusive oyster, but they also citied justification for their excessive, compulsive exuberance disorder: The world, in their eyes was really now a global village. Who better than they could manage this budding enterprise? Trickledown economics was how they defended then, and yet still do, their lock on the world's money supply, the earth's resources, and the subservient masses who found themselves without the means to challenge their global masters. Enslaved workers that complained faced stiff opposition. The deck was stacked against them. This game is rigged.

Free markets are still in vogue. They always were. Ask any investor. That class always must 'earn' a reasonable return on their capital. Nowhere is this axiom truer than amongst the hedge fund managers. These crafty vermin are constantly on the move. It is hard to pin them down; but they have help.

MSM in their pockets

The MSM are in their pockets. To keep the spotlight off to where it belongs focused on these new age schemers, the media targets the masses. Instead of hearing substantive news, people are entertained. Now 'reality' shows are ubiquitous. American minds, both young and old, cannot get enough.

The major network channels defend the idle rich 'investor class' ad nauseam. News anchors use terms like, emerging then developing markets, or collaborating across the globe as arguments they frequently cite to create an overly optimistic picture of their alternative reality. Look at America. The establishment's view of the real dog-eat-dog economy down at ground zero is nothing more than a 'fly over' fantasy. Since corporate downsizing, hardworking, honest Americans saw their good paying jobs exported overseas. That poignant point though escapes the globalists and their political arm, the Democratic Party.

With 94 million American workers out of the workforce, the dynamic had to change. Moreover, it was no coincidence when maverick candidate, Donald Trump, appeared on the horizon. The MSM are still in shock. They are altogether at a loss for words. None offers a cogent explanation for his surge in popularity and then his victory in the 2016 Presidential election. The media reports the opposite. Just as they did early on during the campaign stages, liberal and leftist news channels continue to besmirch him. Those same 'fake news' organizations even reached an all-time low for journalism. Since inauguration, they continue to hound, harangue, and then portray Trumps' presidency as illegitimate. Some media sycophants have even suggested impeaching the President; but when it comes to stating their legal grounds, all that citizens hear is crickets.

Impervious, President Trump continues to honor his election promises. The American people come first. Their collective security, including their right to earn a decent living, is not a pledge that Donald Trump takes lightly. He and his Administration are committed to level the playing field. Right now, all the rules tilt toward the rich. Trump favors the American worker. When push comes to shove, Trump promises to throw the do-nothing bureaucrats and fat bellied lobbyists off a fiscal cliff.

The next time you hear the 'new economy' in a sentence, think of the old one in the Sixties. With help, President Trump may accomplish the impossible. Americans cling to hope; they long for the day; the day they see manufacturing repatriated to their shores. The Donald is just that man who gets it done.