Have you noticed we are living in a surreal Twilight Zone?  I might list just a few of the bizarre occurrences of late.  We may be on the verge of war with North Korea who is shooting missiles northwards.  Supposedly Russia hacked the US elections, or at the very least the servers of the the Democratic Party.  We have the august NYT telling us there was a dossier on Mr. Trump which had him hiring prostitutes in Russia to pee on his hotel bed because Barack Obama once slept in it (you simply cannot make this stuff up).

Hillary Clinton's Vice Chair of her 2016 presidential campaign, Huma Abedin, was married to a man named Anthony Weiner who kept taking pictures of his ....ahem... his weiner... and texting them to other women, and sometimes, underage women.  When investigating his alleged sexting involvement with an underage girl in North Carolina, guess what was found on his laptop?  Yep, massive emails between Hillary and Huma.  Which spurred the FBI director, James Comey, to say he was reopening the Clinton server investigation, which in turn Hillary Clinton said lost her the presidential election (along with the Russian hacking and Barack Obama not campaigning hard enough for her).  So there is that. 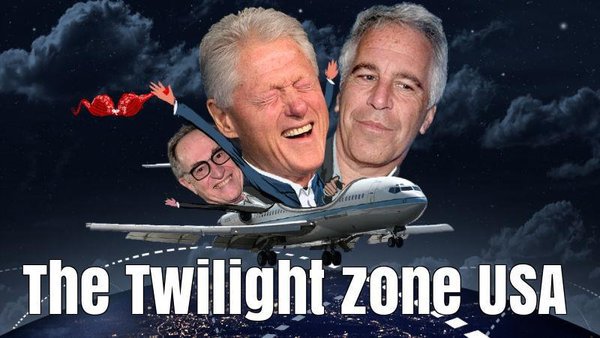 Next we have the main stream media, the media owned by the corporations, calling all news that does not emanate from them ....fake news.  You have the alternative media calling the main stream media..... fake news.  You have corporate news giants like the New York Times actually publishing fake news like the story of the Trump dossier on the Russian prostitutes.  Or, the Washington Post printing the fake news story of the List of 200 news outlets in the USA that were nothing more than Russian front organizations.  These alleged Russian fronts included The Druge Report, Ron Paul, Gaia News, really any source that had ever veered from the corporate propaganda line.  Total rubbish published by world class news organizations.  WTF?

Then there is the constant sub-current of massive pedophile operations in Washington DC. and throughout the world. Of course, we all know about the Roman Catholic Church protecting and pampering its hundreds of pedophile priests.  When their crimes against children became known, they were simply transferred to other parishes where they could molest more children.  But, let's consider the more current outrages, and let's begin with Jeffery Epstein.

So, in the USA this is how we treat our pedophiles (if they have money).  Jeffery Epstein lives in the largest private residence in Manhattan.  It is a nine story mansion just off of Fifth Avenue.  He owns a villa in Palm Beach, Florida, an apartment in Paris, and a private island in the U.S. Virgin Islands.  The private island is nicknamed Lolita Island because of the underage girls and sex slaves alleged to populate it.

So, in 2006 Epstein is arrested, according to Fox News:

"According to court documents, police investigators found a "clear indication that Epstein's staff was frequently working to schedule multiple young girls between the ages of 12 and 16 years old literally every day, often two or three times per day."

One victim, in sworn deposition testimony, said Epstein began sexually assaulting her when she was 13 years old and molested her on more than 50 occasions over the next three years. The girls testified they were lured to Epstein's home after being promised hundreds of dollars to be his model or masseuse, but when they arrived, he ordered them to take off their clothes and massage his naked body while he masturbated and used sex toys on them."

Epstein was convicted but the sentencing was shocking.  A virtual slap on the wrist.  He got one year, he could have received up to fifteen.  And, get this, it was spent in the private wing of a Palm Beach jail, and, are you ready, he was allowed to go to work 16 hours a day.  So basically, he just slept in the private wing of the jail.

This is Jeffrey talking to reporters after the fact in 2011, reported by The Daily Beast:

From his plush perch, Epstein continues to dismiss any notions that he should be viewed as the child rapist that victims and Florida police say he is.

"I'm not a sexual predator, I'm an 'offender,'" he told the New York Post in 2011, shortly after a New York judge classified him as a level 3 offender, or "a threat to public safety."

"It's the difference between a murderer and a person who steals a bagel," Epstein said.

Now, the other interesting fact is that Bill Clinton went to Epstein's Lolita Island of nubile pleasures about twenty times....  Hmmm..

And, get this, The Daily Caller writes,

"I've known Jeff for fifteen years. Terrific guy," Trump told New York Magazine for a 2002 profile of Epstein. "He's a lot of fun to be with. It is even said that he likes beautiful women as much as I do, and many of them are on the younger side. No doubt about it - Jeffrey enjoys his social life."  In fairness, at that point Trump may not have know about the underage girls and the depths of Epstein's depravity but it is still creepy."

So the upshot of all this is that this man is still a darling of the A-Listers because that is how the wealthy roll.
Again, The Daily Beast:
"On the evening of December 2nd, 2010, a handful of America's media and entertainment elite-including TV anchors Katie Couric and George Stephanopoulos, comedienne Chelsea Handler, and director Woody Allen-convened around the dinner table of convicted sex offender Jeffrey Epstein. It wasn't just any dining room, but part of a sprawling nine-story townhouse that once housed an entire preparatory school. And it wasn't just any sex offender, but an enigmatic billionaire who had once flown the likes of former President Bill Clinton and former Israeli Prime Minister Ehud Barak around the world on his own Boeing 727... Now he was hosting a party for his close friend, Britain's Prince Andrew, fourth in line to the throne."

Oh, you weren't invited?  So sorry, darling, maybe next time.

What kind of human beings, know that a man has molested scores of underage children, but because he is wealthy chose to hang with him.  What kind of human beings think so little of the abusing of scores of children that being seen in the glory of wealth is all that matters to them?  Well, there is Prince Andrew, there is Bill and Hillary Clinton. There is Katie Couric, George Stephanophous, Alan Dershowitz, former Treasury Secretary and Harvard president Larry Summers, Naomi Campbell, and scientist Stephen Pinker for starters.  Have their souls become so darkened that Epsteins molesting children is like a parlor game, and being with a pedophile is worth it if is he is wealthy enough?  Apparently so.

A quick jump to the surreal world of Pizzagate.  Yes, a pizza shop is alleged to be the focal point of a massive child sex ring.  Now, really all you need to know about his is that the owner of a pizza shop, James Alefantis, AKA Jimmy Comet, is according to QG Magazine the 49th most influential person in Washington DC.  Okay then.  We have senators, supreme court justices, ambassadors, directors at the Pentagon, and a pizza man is ranked the 49th most powerful person in DC?  His black mail list or his ability to procure children have to be the reason. One or the other.

Ready?  We have angry, very angry, women who hate Donald Trump.  And, they are expressing their rage and anger at his becoming president by ....  wearing pink pussy hats.  Yep, this is a fact.  And, some of the more motivated women are cutting out cardboard vaginas, painting them pink and sticking their heads through them to express their political outrage.  So, marching down the streets of America are women with their heads sticking out of pink, cardboard vaginas.

The CIA has a vault, Number Seven, and from this we know that the CIA can hack into smart cars and make them crash, perfecting the art of assassination.  We know that if you have a smart TV you never know if the CIA is recording you when the screen is dark.  We know the CIA has the means to make it look like Russia has hacked into some server when really it was the CIA.  We know that all our smart phones are recorded and that we now live in a total Security State.  We know it is the Twilight Zone.

So, we have Lolita Islands pedophiles hanging around with Prince Andrew, Bill Clinton and the A list crowd.  We have a mere pizza man who is the 49th most powerful man in Washington DC.  There is Anthony Weiner sexting with an underage girl with massive troves of Hillary emails on his laptop.  We have two of the most distinguished US newspapers, The New York Times and the Washington Post, printing blatantly fake news.  We have Russian prostitutes peeing on beds for Donald Trump in fake dossiers.  We have the marching vagina girls in their pink pussy hats.  We have the potential of nuclear war with South Korea a heartbeat away.  We have Russia and Putin so powerful they allegedly threw the whole United States democracy into a tailspin with their hacking prowess (or was that really the CIA pretending to be Russia).

I would say we are witnessing the undoing of a once great nation.  We are seeing what raw power and money does when it becomes the standard of that which is holy.  When the individual trumps the concept of the group.  Power corrupts and absolute power corrupts absolutely.

The United States has become bloated on its own power and wealth.  The pedophiles protected by both the church and the ruling class is indicative of a ship that has lost its rudder.  The CIA turning against its own president.  The media mocking the process of democracy in its tirades against its own president and the democratic process that elected him, undermines democracy itself.  The elitism of Hillary Clinton was a big part of her downfall and indicative of how power views the seeming underclass.  Hillary speaking of Trump supporters,
"You know, to just be grossly generalistic, you could put half of Trump's supporters into what I call the basket of deplorables.... irredeemable, but thankfully they are not America."

It is this kind of arrogance that brings down a nation.  God help us. 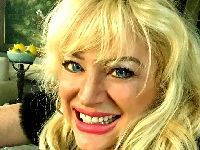