International Day of the Girl: What future?

October 11 is International Day of the Girl. Today there are over one billion girls ready to take their place in tomorrow's world. What kind of world are we leading them into, what have our generations done to help them lead full, satisfying, productive and happy lives? The theme this year is Girls' Progress = Goals' Progress. 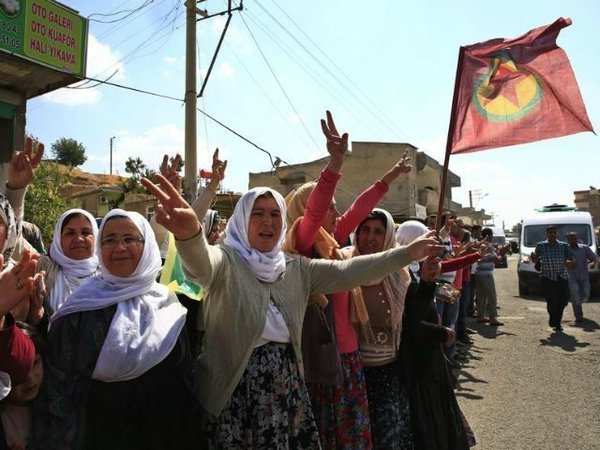 For the United Nations Organization, "Only through explicit focus on collecting and analyzing girl-focused, girl-relevant and sex-disaggregated data, and using these data to inform key policy and program decisions, can we adequately measure and understand the opportunities and challenges girls face, and identify and track progress towards solutions to their most pressing problems".

What does the data show us?

Hence, the need to establish benchmarks and the Sustainable Development Goals (2030) do just that, aiming to reduce inequality and to promote gender equality. The theme of this year's International Day of the Girl is "Girls' Progress = Goals' Progress: What Counts for Girls". So what does the data show, what kind of world have our generations created as a legacy for these young women to step into?

According to the UNO, "Much more can and needs to be done to harness the data required to ensure programs, policies and services effectively respond to the specific needs of girls".

Taking a look at the stats, I would say that this is the understatement of the year and answering my own previous question on what sort of a world our generations bequeathe as our legacy, I would say a shithole of the worst possible standards.

One in six women in the USA has been or will be the victim of actual or attempted rape. One in three women worldwide has been or will be the victim of some form of sexual harassment or violence. In some countries women and girls can be stoned if they are raped, because they were "asking for it". In other countries women are not allowed to study beyond a certain age, in others women of a certain social status are not allowed to go to school.

One in seven women are harassed or worse

Over 200 million girls and women live today with the scars of female genital mutilation, where the clitoris or vagina are cut or burnt and sometimes sewn together to increase the man's sexual pleasure and to stop them "fooling around". Most girls are excised in this way before the age of five. Around one in ten women and girls in the European Union have experienced unwanted or sexually explicit e-mails or text messages. In four regions, a quarter of girls said they feel unsafe using school latrines, so avoid using them.

In short, a disgusting and horrific epitaph for our generations, who should collectively feel ashamed at the revolting shape our societies are in, societies into which these girls will now enter.

They enter a collective shithouse of the worst possible proportions. Welcome to Planet Earth 2016.