The fall and rise of Aleppo

Since the dawn of civilization, a city has existed in the presently besieged country of Syria and has been known to mankind as Halab, Khalpe, Khalibon, and to the Greeks and Romans as Beroe in ancient times. This is a city which has served in modern times as the commercial capital of a modern and secular nation of Syria. Yes, it was a wealthy city for long. 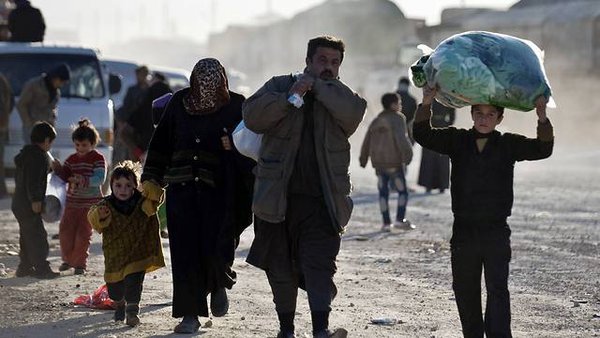 Until recently, that is, when hordes of uncouth and fanatical personnel from scores of countries around the world descended on the hapless Syrians and were facilitated to cross into their territory by the equally uncouth and fanatical Tayyip Erdogan, the leader of a Muslim-Brotherhood ruled Turkey. These part-humans comprised of a mercenary army from about 80 countries and formed ISIS, the FSA and the Al-Nusra Front, the other name of Syrian Al-Qaida.

Demonization has been the name of the geopolitical game for the west and its cohorts in the Middle East and elsewhere. Countries have been destroyed while their leaders were demonized. Iraq and Libya were the two examples where nations, for no fault of theirs, were totally decimated resulting in the deaths of over a million people, children and women included. The game is still on, with Vladimir Putin being the latest target of the western imperial masters and their tool, the mainstream media.

There have been chemical gas attacks on civilians where scores succumbed. The west attributed this to the ruling government of Dr. Bashar Assad. But truth, which ultimately succeeds dossiers of lies, showed that the so-called 'rebels' were the actual villains who launched these attacks on hapless civilians.

Back to Syria where this story started about Aleppo, the eternal city, where continuous habitation of people has happened for thousands of years. Again till recently. Due to incessant terror attacks, many thousands of civilians have fled along with their families to safer destinations. They left behind their possessions and all their belongings while they did so. The marauders have hence enjoyed the loot. Those who have been left behind are the unfortunate ones to suffer at the hands of these marauders, mostly from a distant land. The city which stood the vagaries of time, now stands in ruins. At least many parts of the old city does at this time. Yes, this the tragedy that has befallen this ancient city, where the local inhabitants have been driven out at will by these desperados.

The good news: Very recent reports from the city indicate that the tide is turning in favour of the Aleppoians, if I can call them that. Syrian armed forces, along with their friends, the Russians and Iranians, have stormed the stronghold, decimated a large number of these vermin called ISIS, FSA and Al-Nusra Front and destroyed their hardware too. Their pricey tanks and armour are supplied by the West, Turks and the Saudis primarily.

The West and its media have no ethical standing related to their aggressive stance, in this case, Syria. There is a proxy war that is being waged based once again on lies and deception. A large number of people are dead and a large number have become the living dead. These are the refugees who have been driven out by the acts of these terror mongers in the guise of rebels.

These terrorist groups under the patronage of the regimes of Saudis, Qataris, Turks and the West consisting of the US, UK and France* have caused havoc in the lives of Syrians. The caliphate of the ISIS in particular has been shown as and has become a magnet for radicalized Muslims, who feel the idea of a Islamic caliphate is attainable. By exploiting this idea, the above mentioned coterie* of nations have, from their own geopolitical wishes and ambitions, also roped in an unusual ally in the name of Israel.

This Zionist entity founded on a large tract of stolen Palestinian land, has gleefully accepted the invitation from the coterie*. At this stage Israel has no enemies in the region except Iran. The so-called would-be enemies or antagonists to the idea of the Jewish State have been eliminated and they were Iraq and Libya.

Saudi Arabia has made all possible overtures to become a friend and an ally to the Zionist State who comes under a common tutelage of their far western friend, the US and the UK in particular. With this development and the plan of common allies in the Middle Eastern region, the only possible antagonists would be Syria and Iran. According to a game-plan which suits the West, Israel and the Saudis well, Syria is the best entrenched country that stands like a sore thumb along with Iran in the region. To take them out by the way of total destruction, would involve a lengthy strategy as per their think tanks. But why would Saudi Arabia want to eliminate Syria and Iran of whom one is an Arab country and the other an Islamic country as well just like them?

Well the answers are obvious and hence need no further detailed explanation.

Aleppo is almost free now. Many of the vermin from the multi-national force who went around with different banners are dead. Many have surrendered to the combined Syrian and Russian forces. It is a matter of time before the 'rebels' give up the unholy murderous spree they are on. Yes these terrorists have been branded as 'Moderate Rebels' to show them as decent human beings, something which is absent in their activities. And yes Aleppo is rising again and very soon the reconstruction will start here. And no, Halliburton and other western companies will not get the multi-million dollar contracts for this purpose as it happened in Iraq.