The threat posed by ISIS has not diminished significantly in terms of the organization's capacity to carry out a major international attack. As a result of the serious setbacks incurred after Russia carried out its anti-terrorist operation in Syria, there are reports that ISIS is trying to internationalize itself and move outside the zones of conflict. 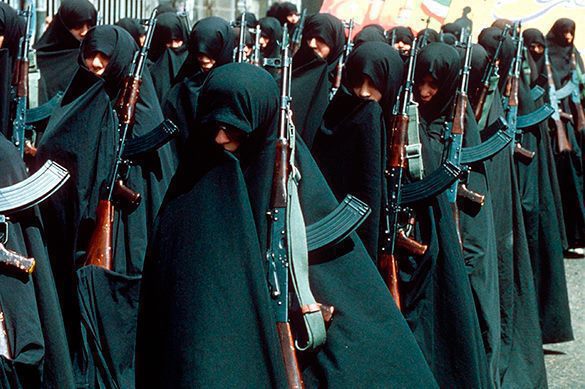 The risk is so serious that it is a subject of a special report presented to the UN Security Council on Wednesday June 8. The report, released on May 31, is entitled "Report of the Secretary-General on the threat posed by ISIL (Da'esh) to international peace and security and the range of United Nations efforts in support of Member States in countering the threat".

The contents of the report are outlined below.

First, the threat to nations whose nationals went to fight for terrorist forces in Syria against the government of Bashar al-Assad and who, as a result of Russia's successful anti-terrorist operation together with the Syrian Arab Army and the attacks from various forces inside Iraq, are returning en masse to their countries of origin. This, highlights the report, is far more than the desire of such persons to avoid the increasing conflict and is also part of a strategy hatched in discussions among the ISIS leadership as regards a change in policy.

The conclusion by the report is that "well-prepared and centrally directed attacks on international civilian targets may become a more frequent occurrence" as seen recently in multi-wave attacks in Paris and Brussels.

ISIS is not critically weakened

Secondly, the notion that ISIS is critically ill is false. The report also states that while there is financial pressure on the organization, ISIS is not strategically or irreversibly weakened. This means that the group maintains the capacity to generate revenue, and this will occur outside the conflict zone through covert operations to create streams of financing.

Thirdly, it is not true that the number of persons traveling to Syria and Iraq has dried up. The report points out that "significant numbers" of people are joining ISIS, and one state reported that up to 38,000 if its citizens may have tried to travel to the region in recent years.

ISIS in Libya: Thanks to Cameron, Obama, Clinton

ISIS is now firmly entrenched in Libya, where it has been for around eighteen months, mostly composed of foreign terrorist mercenaries, which number three to five thousand, and in Afghanistan, ISIS is concentrated along the border with Pakistan, with around 1,000 fighters in Nangarhar Province.

Information Communications Technology continues to be used by ISIS to recruit new members and to organize terrorist operations.

ISIS uses the trafficking of women and girls as an important means to finance itself. This means the forced abduction of victims from the areas under their control and then either selling these women and girls as sexual slaves or holding them in captivity where they make money from prostituting them. Earlier this month, the President of the UN General Assembly referred to the abuse of women and children by radical groups, either as slaves or as fighters.

It is a Western-made disease against which Humankind must unite, or else face the consequences. If, after two years, and the collective effort of so many nations, ISIS is still considered a global threat capable of imminent and serious terrorist attacks, meriting the concern of the UNSC, then the story must be kept in the front line of our collective awareness until it ceases to exist.