On February 3rd, President Obama announced that the sanctions on Russia will be extended for another year due to the extreme danger of Russian aggression towards the United States.  On the same day Obama congratulated Scott Kelly, NASA's Space-endurance hero with a successful return from orbit where he spent 340 days on the International Space Station along with Russian cosmonaut, Michael Kornienko who was his teammate for a year. 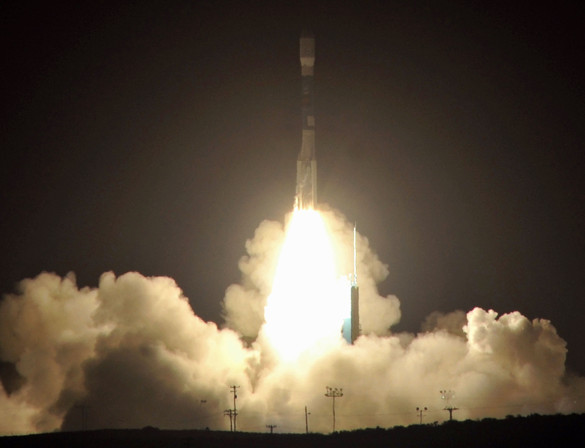 It was the longest trip for an American in space.  The third Russian cosmonaut who landed with the two previously mentioned was Sergey Volkov, who joined them from Roscosmos later.  On his third trip around the earth, Volkov accumulated the most time a human ever spent in space - 548 days all together. Kelly spent 520 days during two trips in space and Kornienko ­ spent 516 days.

"Welcome back to Earth, @StationCDRKelly! Your year in space is vital to the future of American space travel! Hope gravity isn't a drag!"

What about his Russian companion Michael Kornienko? He was treated like he slept all year in space not participating in the same tasks like an American 'hero' Kelly during their one-year combined endurance side by side.

Where would the USA be without Russia?

The cosmonauts returned to the new sanctions. Was the day selected to announce them another thank you note to the Russian International Space Industry? Without it there will be no trip for American astronauts.  Imposing new sanctions, Obama is opposing the whole idea of doing business in partnership with Russians. What if Russia retaliated and closed access for America to participate in the future flights affiliation?

As far as I know, NASA astronaut Jeff Williams and Russian cosmonauts Alexey Ovchinin and Oleg Skripochka are scheduled to launch from Baikonur, Kazakhstan, on March 18th. That's what Obama calls sanctions?  I found sanctions were rather selective in comparison to those imposed on the European Union!

Let's move on! Since Russia joined the war on terror against Syria September 30th, 2015, the media created all kinds of accusations, even blaming the flood of refugees into Europe on Russia! In fact, due to Russian involvement, many Syrian refugees returned to their homes, even when there was nothing left, but piles of ruins. They preferred to stay in the tents and rebuild their property from scratch rather than move out!

Why doesn't Western media provide coverage of the grateful Syrians who used to be in opposition to Assad? Every one of them is exhausted by the three-year war and wants peace. They thanked Putin as their savior!

Well, there are other parties besides the opposition that don't want to end this massacre. Turkey and Saudi Arabia instigate war in Syria. Turkish tanks openly crossed their neighbor's border and blasting the Syrian Kurds. Are they eyeing to grab Syrian land full of natural resources? Washington is doing nothing to stop Turkey from killing Kurds who bravely continue to fight ISIS on a daily basis.

What Russia did in two months, approved by the United Nations on the bequest of the Syrian Government, the U.S. led-coalition didn't do in three years.

Question, who in the U.S. is sabotaging the ending of the war on terror? I refrain from naming our hawkish Senator who is the head of ISIS arms suppliers. You know well this old, vile eagle! Will he ever retire from his perch?

Why when the Syrian modern opposition groups decided to join Assad's army brokered by tedious work of Russian Federation ministry headed by Lavrov, was there suddenly a sour note in Washington?

Instead of hailing Russia for high diplomatic achievements, they announced Russia as extremely dangerous to the United States! Really? Can it be because Putin saved Obama his second term presidency by providing assistance in dealing with Iran and Syria?

The U.S. and Russia installed a communication center in Syria to co-ordinate operations.  Days ago, Russia evacuated 33 international journalists when the shelling from the Turkish border occurred on a recently freed Kessab territory, a mostly Armenian-populated town in northwestern Syria, a part of the Latakia, previously occupied by ISIS for over three years! There were Americans, Canadians, Spanish, Italians, Bulgarians, Russians and Chinese correspondents among Russia Today (RT) media outlet.

Major General, Igor Konashenkov, in charge of Media Service and Information of the Ministry of Defense of the Russian Federation, personally shielded the group with his own body, but still was reprimanded by the Russian Government for not securing enough of the area for international media gathering!

Why didn't NATO and Washington reprimand Erdogan? After all it was he, not Konashenkov who gave orders to fire at the journalists! It's mind-boggling that an innocent, valiant Russian commander was scolded for doing his duty! At the end of the day, sadly, he became a scapegoat for Erdogan's war theater.

Have any of you heard of this before? I doubt it! Media will suffer losses and bruises but will not go against the mainstream. The valiant Russian Special Forces tended to the injured foreigners, who one day may describe it in their memoirs.

I hope they will testify they witnessed Russian Humanitarian help in Syria! Over 620 tons of much needed products were distributed in Damask, Aleppo, Raqqa and other cities and villages.  Since October 2015, the Syrian Army has recaptured about 50 villages in eastern Aleppo alone. According to the locals, no one else ever helped them besides Russians with food, medications and sweet treats for children!

Meanwhile, North Korea announced that they are ready to nuke the world!

So, bloodthirsty neocons are you ready to fight them or do you think Russia is more dangerous for the time being?

Of course, trips on the moon won't be an option with or without sanctions on Russia in the near future! In the end it will be a pristine space!