Litvinenko: The Russophobia show must go on 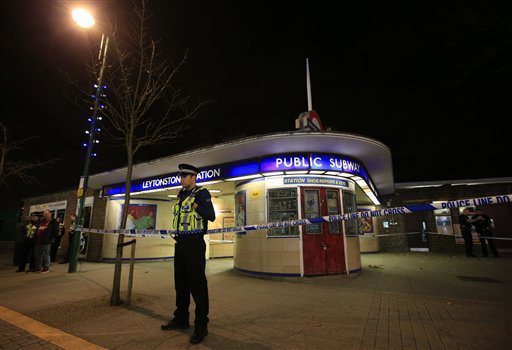 And the next prize act for the circus ladies and gentlemen is...Aleksandr Litvinenko! The wheels and cogs of the Russophobic Bullshit Machine are turning again, this time with spectacular insinuations that President Vladimir Putin is a murderer by proxy. Quite apart from these unacceptable and libelous broadsides, let us examine the facts.

The hype from the British media has reached hysteria point yet again - the media version of pre-menstrual tension mixed with post-natal depression-cum-the desire to find an international ogre (a nice big "them") to justify the "us" at home. More drum banging, more hype, more Russophobia and more plain, unadulterated and libelous bullshit, which one hopes will be followed with lawsuits to clear the name of Russia's President, which towers above the mudslinging guttersnipes manning the British media.

Among the mudslingers is The Guardian. You know, the newspaper which reported on my article about Tony Abbott, former Prime Minister of Australia, and which quoted the first thing they found about me on the internet, namely a spoof biography written by a friend after a joint session at a Moscow Banya (bath house) during which industrial quantities of vodka and Baltika 12 were consumed, and which contained not one iota of truth. But to hell with the details and the research, thought the Guardian, before launching into comments on my bogus biography which was the first thing they picked up on Google.

Now the same newspaper is doing exactly the same thing, insinuating that President Putin ordered the murder of Aleksandr Litvinenko, in publishing the findings of the latest inquiry which concludes that "the former Russian spy" was "probably murdered" "on the personal orders of Vladimir Putin".

In legal terms, this is utter, pure and unadulterated nonsense. Either he was murdered on the orders of President Putin or he was not, and this being the case, in the absence of any clear proof, in any civilized state of law, he was not, for the accused is innocent until proven guilty. Where is the evidence linking President Putin to this supposed murder with Polonium 210? In the absence of such, all those who have insinuated the Putin connection with Litvinenko should officially apologize and retract their statements, like Men. Which they won't because they aren't and can't.

The western media in general, and the British media in particular, have evolved little since the days of the witch hunt. An airplane crashes in very suspect circumstances (with two military aircraft seen and filmed tailing it) and lo and behold, we have close-ups of Dutch mothers blaming "Mr. Putin" some three thousand kilometers away. An ex-Russian spy with a criminal record, alleged links to the Chechen mafia and close ties to a man wanted by Russian justice, Berezovsky, in whose home it is stated that Polonium-210 was curiously found, dies in a hospital after being poisoned in a hotel with a tunnel under it leading, it was said at the time, to the Embassy of who else but the good old US of A? Wow, what a surprise.

And then there are the reports that Litvinenko was looking into the private affairs of Roman Abramovich, the owner of Chelsea Football Club. Where is the evidence linking President Putin to this supposed murder with Polonium 210? And why him and not one of the others? Chechen mafia? Berezovsky?

Let us also not forget the tissue of lies woven by the west in general and the FUKUS (France-UK-US) in particular, the UK being at the heart of this Axis which delivered Gaddafi's head on a plate. Let us not forget the "wonderful British intelligence" which provided details of Saddam Hussein's chemical weapons programs (milk factories), claims that Saddam Hussein was procuring yellowcake uranium from Nigeria (the country in question is Niger) And anyway he wasn't. The evidence was based upon forged letters with a forged letterhead copied and pasted from the International Atomic Energy Agency's website.

The same source launched accusations against Saddam Hussein, accusing him of posing an immediate threat to the USA and its allies because of his Weapons of Mass Destruction. The evidence? A doctoral thesis from a decade earlier copied and pasted from the Net and "sexed up" to please the masters across the Pond.

Then the same British media were accusing Muammar al-Gaddafy of "bombing his own people" with military aircraft, strafing residential homes, until his son Saif al-Islam asked where these buildings were, climbed into a car, forced the TV crews to take him there, whereupon he asked "Where are these bombed buildings?" An embarrassed silence was the answer.

The same party took part in the illegal invasion of Iraq and the wholesale slaughter of civilians with military hardware, the same party was in the coalition which bombed Iraqi civilian structures to then dole out billionaire rebuilding contracts - without tender, of course, the same side which stole artefacts from Iraqi museums, the same side which breached international law several times, and broke the Geneva Conventions, committing war crimes. To date not a single NATO or British serviceperson has been sent to The Hague.

The same party accused Muammar al-Gaddafy of crimes he did not commit, took part in the military campaign, Operation Odyssey Dawn, to remove him from authority - an admission that the UK was actively involved in the internal affairs of a sovereign state, again a breach of international law, the same side which took part in the following list of events.

Dubious background of the accusers

Conclusion: the background of those accusing President Putin, against whom there is not one single shred of evidence, no history of collaboration with terrorists, is dubious to say the least. Quite the contrary, Russia was against the imperialist adventure in Iraq, against the outright rape and robbery and destruction of Libya and sided with the legitimate government of Syria in an anti-terrorist operation which it is conducting with great success, having liquidated more terrorists in 2 months than the west did in 2 years.

And what possible advantage would President Putin ever have had by ordering two goons (Andrei Lugovoi and Dmitry Kovtun) over to the UK to murder Litvinenko? With Polonium-210 of all things? Why are these goons still alive if Litvinenko died weeks after he is supposed to have consumed the isotope in tea, and a decade later the UK's two suspects are still alive and kicking?

Litvinenko was not investigating Russians in Russia

Secondly, Litvinenko deserted to the UK in the year 2000. Why kill him in 2006, after he had had six years to spread his lies, justification for his joining the growing list of criminals harbored by London? By 2006 his sell-by date had been surpassed by several years. The notion arises it was not his past that killed him but more probably, his future and what he was currently investigating. It was not Russians in Russia.

Or was the entire Litvinenko story concocted by those who have been concocting lie after barefaced lie for the last two decades, London and Washington, who always wanted Moscow out of the G8 and away from the center of policy-making (remember Russia hosted the G8 meeting in 2006, the year of Litvinenko's death)? And remember his death came one day before the opening of the Helsinki Summit, when the leaders of Russia and the European Union would negotiate new cooperation agreements. In the event, and due to a great extent because of the breaking news of Litvinenko's death, the Summit concentrated more on questions fired at Putin than the issues on the table. As has been the case since. Was the death of Anna Politkovskaya also an orchestration not by Putin but to tarnish the image of Putin, her timely death coinciding exactly with the birthday Russia's President? Moral of the story: Putin would take no advantage from these deaths.

The whole of western policy, based upon deals with terrorists and lies, has one objective: to contain Russia through subjugation, subversion and juvenile attempts at humiliation. These speak volumes about the accusers, nothing more or less than libelous lying guttersnipes whose pathetic attempts at firing broadsides at the innocent place the accused on a crystal pedestal of superiority.