And next...Sport. Russia has been accused of "invading Crimea", "shooting down" a passenger aircraft, "bombing a hospital" and now "sabotaging the London Olympics". All nonsensical and untrue accusations, the result of a Russophobic, chauvinistic west reeling from sour grapes as Moscow thwarts their imperialistic fantasies time after time. 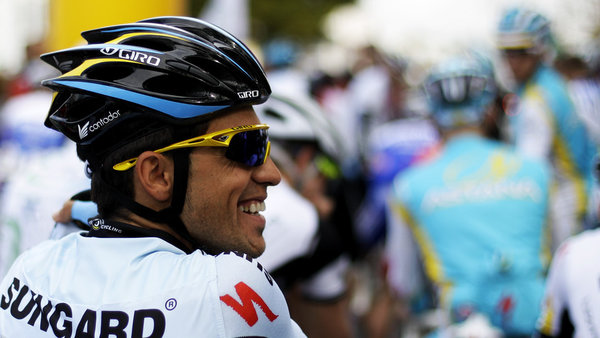 When Moscow was awarded the 2018 FIFA World Cup you could almost tangibly feel the bitterness in the countries which lost the bid, most visibly in the United Kingdom which had invested heavily in its bid, wheeling out Prince William and David Cameron to help the bid along. How dare they, what!

And now, lo and behold, we have talk of Russia sabotaging the London Olympics and accusations of a state-sponsored doping policy which should (start the drum roll) see Russia banned from international athletics by IAAF President Lord Sebastian Coe on Friday (stop drum roll). Lord Coe, the one who many Britons said could not organize himself out of a paper bag (raspberry).

Every time Russia gets anywhere near a sporting event, especially when Russia starts winning all the medals, Russia is accused of some geopolitical incident which results in its own venues being boycotted or else its competitors banned from competing overseas. They threatened to boycott Sochi but did not and the looks on their faces when Russia swept the medals boards and "owned the podium" was a foretaste of something to come.

A report drawn up by Brits and Canadians. Hmmmm...

The accusations against Russia drawn up in the report would have to be substantiated with proof, evidently and in the absence of such, the accusations could be the basis for a libel case. And now let us talk some sense.

In 1973, aged 15, I ran precisely three miles in 14 minutes flat (exactly 14:00:00), the first in around 4 minutes, the second and third in five. I have no idea where this stands in the annals of international athletics because I hated competitive sport and used to do what I could to avoid competing in competitions. But even at that level, the feat was not devoid of some help with substances - in those days it was pasta eaten three hours before the race and an hour before, dissolvable glucose tablets in water.

In the few competitive sports events which I was forced to participate in, I do not remember one single athlete who did not take something (legal) to enhance his performance. Fast forward to the big league, professional athletes competing for millions of dollars, and do not tell me that it is not a question of knowing how to beat the system in many cases, do not tell me that nobody does doping in the USA, Canada or UK, do not tell me that athletes the world over do not take any substances at all to boost their endurance or speed on the day.

True, there is a difference between glucose tablets and anabolic steroids. It is also true that the equipment used to test urine samples is getting hyper-sensitive, to the point where allegedly if an athlete eats pork from an uncastrated pig before a race, the test can show up positive for testosterone.

Doping is unacceptable, but...

I am not saying that doping is acceptable. What I am saying is that if Russia is under the spotlight, what about everyone else? I am not going to mention American athletes who died prematurely after insisting they were clean all their lives, out of respect for the sportsperson.

But what about the cyclist, Lance Armstrong? What about Carl Lewis, who himself admitted failing tests - three tests - before the 1988 Olympic trials? What about the "hundreds of American athletes" Lewis referred to in the same conditions, 100 of which later proved to have documented doping abuses but who were cleared to compete? What about the Canadian Ben Johnson?

What about the strychnine used at the London Olympics, 1904? The history of international high-competition sport, especially athletics and high-endurance modalities, like cycling, long-distance running and swimming, has a constant element in its equation: doping. Just don't get caught.

So let us not single out Russia, once again, just because Russia outsmarts the West in its imperialistic fantasies as it invades countries, tells lies, bombs civilian structures and overthrows governments as it panders to the whims of the lobbies which dictate its policies.

So if a few Russians used doping, that does not mean all of them did and it does not mean no Western athletes did, or indeed do. If Russia is banned from the Olympics, then so should all countries whose athletes are involved in doping.

Let's face it, the institutions in the west are staffed with a bunch of Russophobic creeps. They are happy to stuff their chickens and cows with antibiotics and steroids, growth hormones, artificial growth factors and the like and feed this poison to their populations, after all. Maybe they should start at home cleaning up their own act.