The recent insinuation by a European Union President that political parties opposed to NATO should not be in or near Government and the half-apology by ex-Prime Minister of the UK Tony Blair over the foreign policy disaster called Iraq brings into question what the West is and where i tis going. 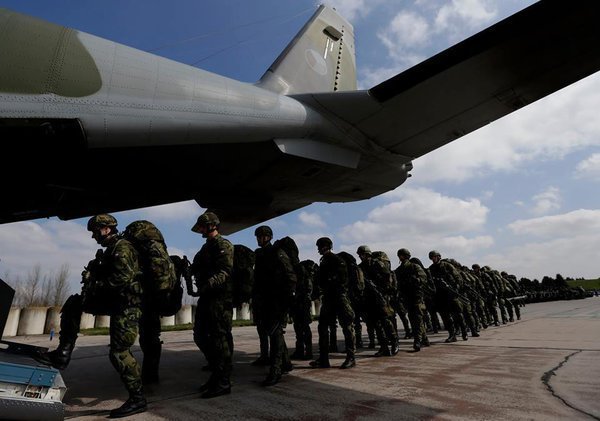 Welcome to "Whoosh BANG! Whoops, ah so sorry!" diplomacy, where lies are invented, stories are made up, demonology, character assassinations, libel and slander are rife, literally dripping off the pages and screens of the bought, corporate Media, welcome to Western foreign policy which runs along the lines of "Shoot first and think later".

To Hell with international law

To Hell with international law, to Hell with all norms of common decency, to Hell with the lives and livelihoods of hundreds of thousands or millions of innocent people going about their daily lives. After all, a politician these days has to pay back the lobbies that elected her/him or which closed ranks around the Government once it was elected.

So how does Western diplomacy and foreign policy work? The umbrella organization called NATO, which unconstitutionally rules over its Member States, dictating their foreign policy in their infatuation with "collective security" against an invasion from Saturn (or was it Jupiter?), gets a call from one of the Big Six lobbies (Banking/finance, food, pharmaceuticals, energy, weapons, construction), or a number of them because someone has spotted a geopolitical fault line.

Hey! They've got shale gas right near the surface! Says the energy lobby. Wow, we could finance companies to get at that and make a tidy little profit, smiles the banking lobby, as the finance lobby rubs its hands in glee at the money to be made from the future prices of natural gas and the exponential paybacks from refinancing schemes. Close behind are the food and pharma lobbies waiting to pounce on a whole new market.

So a victim is chosen. There ensues a demonology campaign in the media using the last name of the leader ("Saddam", "Assad", "Gaddafi"), there abound rumors of the lifestyle of the "dictator" who lives in a "compound" (whatever that is) and then if there aren't any, then the stakes are upped with barefaced lies about procuring yellowcake uranium from countries which do not sell it, with forged documents imitating signatures what do not exist on paper with letterheads which are non-existent.

A color revolution takes place, empowering the disaffected, criminals on the fringe of society, or an ethnic group which will climb into bed with anyone just to get into power. Terrorists are armed, aided and abetted and they pour in from the four corners of the globe, no questions asked, released from prisons and mental hospitals (why do you think they slice the breasts off women before raping them before and after they are decapitated? Why do you think they cut the hearts out of soldiers and eat them while they are still pumping?).

Terrorist massacres used by the West

Society descends into bedlam with massive terrorist massacres. The beleaguered leader of the besieged government has to increase internal security and then there is a flashpoint when a CIA agent or similar opens fire on a crowd in front of the cameras, dressed as a member of the country's security forces and the media have a field day. Next come images of screaming children, often taken from footage filmed months beforehand or else in another country, we see hundreds of bodies lined up which are blamed on "Assad" but which were the victims of a NATO bombing spree in another country a decade earlier, we see mass "anti-Government" demonstrations which were in fact pro-Government demonstrations someplace else sometime else, we have "video evidence" which is carefully spliced and fabricated nonsense posted on you tube three hours before the supposed incident actually took place.

Then the Prime Minister of the UK claims "He has to go!", echoed by his bedmaster, the President of the USA. The Prime Minister then claims "We want to see a Syria without ISIS and without Assad", there is a token nod from France and the weapons lobby swings into action.

"The removal of the Government is not the issue" they chant in unison. "There will be no boots on the ground" as a detail of their special forces get their throats slit and crying wives are sworn to silence during a visit from a male and female member of the special services who pledge that the family's interests will be looked after.

Schools are strafed, hospitals destroyed as precision bombs destroy "command and control centers". A kindergarten class was slaughtered? "Well, they shouldn't have been there, should they?" chortles a British General, Sir Horace Unstruther-Wind-in-Breeches or some such stupid name, as the electricity grid is bombed "to break their backs, the b*stards" and the water supply is strafed with military hardware.

Then in comes the construction lobby with rebuilding contracts doled out among the member states - without tender, of course and freedom and democracy are reinforced by carting people off to a torture and concentration camp without even the courtesy of an accusation or trial.

Welcome to the West's foreign policy and diplomacy. Rings a bell?