NATO to deploy troops in Turkey, Turkey to break gas contract with Russia 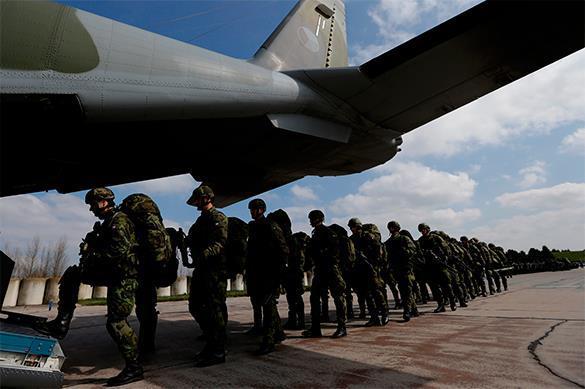 According to Stoltenberg, the NATO army may appear in Turkey to protect the country from threats coming from the south. The statement was made against the background of reports of violation of Turkish airspace by Russian fighter jets.

According to Stoltenberg, NATO is ready to protect all of its allies, including Turkey, from any threats. He added that the Russian operation in Syria was a "cause for concern," Pravda.Ru reports.

Turkey has accused Russia of violating its airspace twice. Turkish officials notified the Russian Foreign Ministry of such incidents on October 3 and October 4; the Russian ambassador in Ankara received a note of protest. The Russian side has already apologized to the Turkish authorities, explaining the incident with weather conditions. However, Ankara continues to make statements against Russia.

Turkish President Tayyip Erdogan said that he could terminate the natural gas contract with Russia, thus causing Russia significant damage. According to Erdogan, Russia's explanations about the incidents with fighter jets were not convincing.

Noteworthy, the Turkish Air Force has repeatedly invaded Greek airspace. More recently, NATO aircraft bombed a hospital of Doctors Without Borders (Medicines Sans Frontieres) in Afghanistan, subsequently explaining that it was a "mistake," even though 22 people - physicians and patients - were killed.

Also read: Russia takes on the offensive in the East