Hillary Clinton to personally advocate for no-fly zone above Syria

Hillary Clinton, former US Secretary of State and presidential candidate from the Democratic Party, demands the creation of no-fly zone in Syrian airspace. 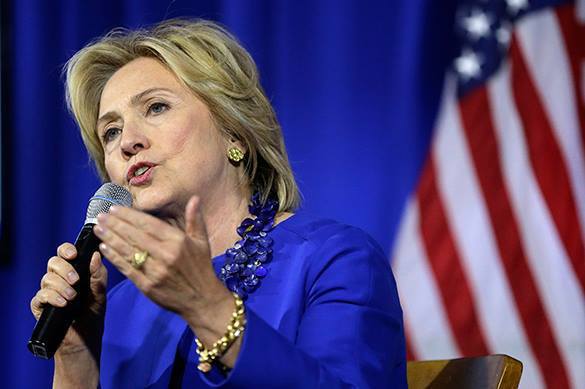 According to Clinton, the only air corridor above Syria should remain for the delivery of humanitarian goods. Hillary Clinton intends to close airspace above Syria to put pressure on Russia and stop the flights of Russian aircraft above the territory of the country.

"I personally would be advocating now for a no-fly zone and humanitarian corridors to try to stop the carnage on the ground and from the air, to try to provide some way to take stock of what's happening, to try to stem the flow of refugees,"  The Associated Press quoted Clinton as saying.

Noteworthy, White House spokesman Josh Ernest has recently said that Washington may turn to the international community with a request to completely isolate Russia on account of Russia's military assistance to Syria.