On August 6, Republican candidates for the post of the US president started their debate. This article focuses on three leading candidates and their attitude to Russia and events in Ukraine. 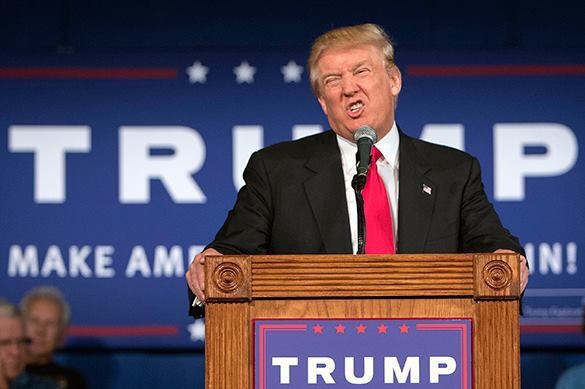 Trump is the winner

According to social media, the winner of the debate is Donald Trump, an unpolitically correct billionaire, who remains far ahead of two other candidates - Jeb Bush and Governor Scott Walker of Wisconsin.

"I gave to many people before this," Trump said at the debate. "When they call, I give. And you know what, when I need something from them two years later, three years later, I call them. They are there for me. "Hillary Clinton, I said be at my wedding, and she came to my wedding," Donald Trump said. "You know why? She had no choice. I gave to a foundation that frankly, that foundation is supposed to be used for good. I didn't know her money would be used on private jets all over the world," Trump said.

Donald Trump is 68 years. He often says the things that no one else dares to say in public. It was only Trump who raised his hand, when the TV host asked who was ready to go against the party as run as an independent candidate if failing at primaries.

The United States should do something about the Crimea only if European countries seek help. Otherwise, this is a problem of Europe, Trump said when visiting Scotland.

"But why isn't Germany leading this one?" Trump asked. "You know Germany is a very rich, very powerful nation. Why aren't they dealing on it more so? Everything the United States - we're like the policeman of the world." "Europe should be fighting this, Europe should come to us, and say, 'Listen, we want your help on this.' We're going to them. Why isn't Europe more involved? Why isn't Germany more bothered by this?" Trump wondered.

Donald Trump is on very good terms with Russian President Putin, Russian people and Russian business. Therefore, if Trump is President, the relations between the USA and Russia may improve considerably.

As for the issue of immigration, Donald Trump says what common Americans say. He calls Mexicans "rapists" and watches his popularity ranking grow. Yet, the Republican elite, unlike common voters, do not want to see Trump as their candidate. For them, Donald Trump is a clown, a candidate that has never served in elective office and will never be president. The primaries can be won by those who receive approval from senators, governors and other key party leaders.

Jeb Bush, 62, is a son and brother of former presidents of the United States. He is a timid politician who gets often confused in a debate. Bush is a moderate conservative among his colleagues in the election campaign. He used to organize the political campaign of his father - George H.W. Bush.

Jeb Bush is married to a Mexican woman and speaks fluent Spanish. Illegal immigrants should be able to earn a "legal status", but not citizenship for themselves, Bush said. Jeb Bush called Barack Obama's foreign policy as "adventures of Alice in Wonderland."

According to him, the Chinese, Russian and ISIS militants act with impunity because they were no longer afraid of the United States. "I don't think we want to isolate Russia to the point where we push them into the arms of China. I don't think that that's necessary at all. But the difference, let's be clear: Russia invaded a neighboring country and occupies a sizable chunk of that country. It's violated the Minsk accords," Bush said, referring a February 2015 ceasefire agreement. "This is a different time than it was just five years ago. And I think the United States and our friends and allies in Europe need to be resolute," Jeb Bush said in Berlin.

Scott Walker, 47 years old, the son of a pastor and a librarian, is building his campaign on his own success as the governor. Walker does not have a higher education, but this does not matter in US politics. Harvard graduate Obama  demonstrates blatant ignorance regularly.

He is religious, belongs to the most conservative wing of the Republican Party. Speaking about himself, he said: "I'm a guy with a wife and two kids, and a Harley. One article called me 'aggressively normal."

As for relations with Putin, Walker said: "If I am president, he won't think about that [aggression in Ukraine]. Putin believes in the old Lenin adage: "Probe with a bayonet: if you meet steel, stop. If you meet mush, then push," Walker said.

"Under Obama/Clinton, we found a lot of mush over the last few years. We need to have a national security that puts steel in front of our enemies. I would send weapons to Ukraine. I would work with NATO to put forces on the eastern border of Poland and in the Baltic nations. I would reinstate and put back in place the missile defense system that we had in Poland and the Czech Republic," Walker said.

The general Republican approach in their election campaigns is as follows: attack the policy of US President Barack Obama, criticize the career of Hillary Clinton, crack down on Democrats' approach to international policy, security policy, tighten abortion laws and express negative attitude towards gay marriage.