Toxic pesticides or bees: The choice

Humankind has a choice to make, a stark and very clear choice: toxic pesticides which kill the bees, or the bees themselves which pollinate our plants, bring life to our fields and food on our tables. No bees, no plants, no food. The bees disappear, we follow. However, certain powerful lobbies, and governments, could not care less. 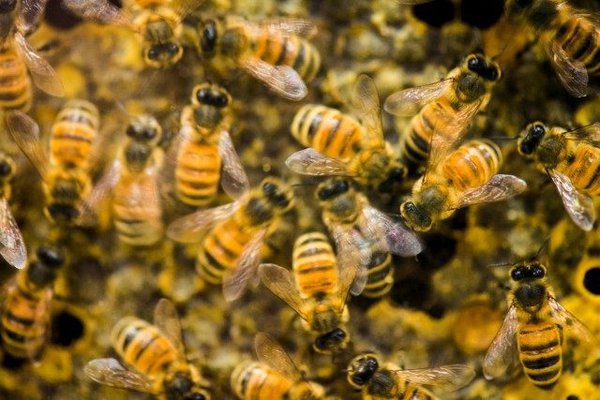 Neonicotinoids are powerful pesticides which have been linked to the collapse of the honey bee, an important insect responsible for the pollination of our plants across the globe. A series of studies have linked neonicotinoids to honey-bee colony collapse disorder (CCD) due to the neuro-active chemical actions which also have an adverse effect on species of birds which feed on the insects these pesticides combat.

Neonicotinoids alter the social behavior of bees and indeed, neither the honey bee nor the bumble bee seem able to avoid the plants sprayed with neonicotinoids, and forage elsewhere, according to tests made with the three most commonly used neonicotinoids, imidacloprid (IMD), thiamethoxam (TMX), and clothianidin (CLO). Worse, IMD and TMX appear to actively attract bees - they have been shown to eat more sucrose solution laced with these drugs than pure sucrose.

These substances have been directly linked to the deaths of millions of bees. So why are they still on the market, and why are some governments trying to skirt round the bans? The answer is crystal clear: registered in over 120 countries, neonicotinoids represent a global turnover of one point five billion Euro, making up around 25 per cent of the global pesticide market.

So once again we see that many Governments are not representing the people who elected them to implement policies the people voted for in a democratic process. Rather, they are pandering to the whims and answering the calls of the corporate lobbies which either placed their members in office or else closed ranks around them once they were elected.

Welcome to the corporatist model, a sham and a farce and everything but democratic. It is a cynical manipulation of the system and the people the system is supposed to represent. Today, the bees. Tomorrow, Humankind. Do the corporatist lobbies and their pawns care?

No, so long as they make their billions, they couldn't care less, until it is too late.