Bereaved UK families who lost sons and daughters in the illegal invasion of Iraq have now threatened legal action against Sir John Chilcot who headed the near two year long, £10m Iraq Inquiry (30th July 2009 - 2nd February 2011) if a date for release of Inquiry findings is not announced publicly within two weeks. Further, suspicions over the reason for the approaching five years near silence from Sir John are raised by a detailed investigation by journalist Andrew Pierce. 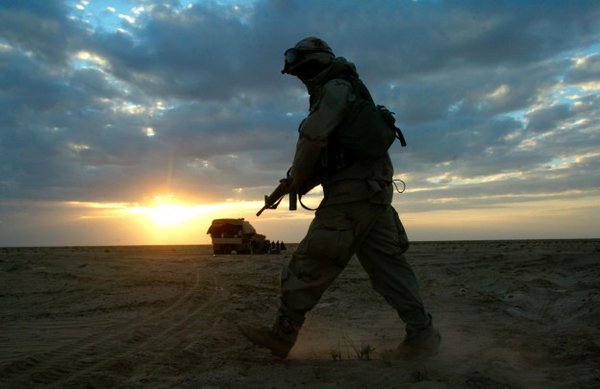 Writing in the Daily Mail he highlights the seemingly close relationship between Sir John Chilcot and Tony Blair.

Pierce refers to Blair's first appearance before the Inquiry five years ago when: "the Chairman, Sir John Chilcot treated him with almost painful deference." What few realized was that Sir John, a former career civil servant: "could, in fact, have greeted Blair as an old friend."

They first met in 1997 when Blair was still Leader of the Opposition, at the discreet Travellers Club in Central London, founded in 1819 as: "A meeting place for gentlemen who had travelled abroad, their visitors and (for) diplomats posted in London." It continues to host: "distinguished members of the Diplomatic Service, the Home Civil Service ..."

The meeting took place just months before Blair became Prime Minister. "John Chilcot, at the time, was the most senior civil servant at the Northern Ireland Office ... Civil servants often meet Opposition politicians for briefings (prior to) elections but they are usually held in Whitehall Departments where (official) minutes are taken." A meeting at the ultra discreet Club ensured "it was not made public."

On Chilcot's retirement he was: "knighted by a grateful Blair ... in to the fourth most senior order of British chivalry."

However, points out Andrew Pierce, Sir John never really left Whitehall, undertaking numbers of roles on public committees: "often at the behest of the Blair administration."

Moreover, in 2004 Lord Butler was charged with convening an Inquiry: "into the role of the (UK) intelligence services in the Iraq war. Blair chose the Members of the Inquiry's five strong Committee."

Foxes guarding hen houses cannot fail to come to mind: " Surprise, surprise, Chilcot was one of the first asked to serve on it ..."

Unexpectedly however, the Butler Review as it was named: "Provided devastating evidence that (Blair's) Downing Street, with collusion of intelligence chiefs 'sexed up' the threat" from Saddam Hussein", yet: "concluded that no one should be held responsible."

"In short, it let Blair off the hook."

When Blair's successor as Prime Minister, Gordon Brown - former Chancellor of the Exchequer who wrote the £mega million cheques for the illegal invasion, thus also part of the crime of enormity - established the Chilcot Inquiry in 2009, it was originally to be held "behind closed doors." Uproar from opposition MPs, from senior military figures and the public forced it in to the open.

Sands questioned what it was in his: "role in the Butler Inquiry that caused the Prime Minister to conclude he was suitable?" He cited a first hand observer who had described Chilcot's: "obvious deference to governmental authority", a view he had: "heard repeated several times. More troubling is evidence I have seen for myself."

He was also dismissive of Sir John's questioning of Law Lord, Lord Goldsmith, the former Attorney General, who had ruled that the Iraq invasion would be illegal - only to change his mind when Blair wrote on the top left hand side of the page: "I really do not understand this."

Professor Sands - author of "Lawless World" in which he accuses former President George W. Bush and Tony Blair of conspiring to Invade Iraq in violation of international law - also cited: "Sir John's spoon-fed questions" to the former Attorney General: "designed to elicit a response" demonstrating: "the reasonableness of his actions and those of the government."

In context, in "Lawless World" Sands cites a five page long "extremely sensitive" memo relating to a meeting between George W. Bush and Tony Blair at the White House on 31st January 2003. The memo was written by David Manning, Blair's Chief Foreign Policy Advisor at the time, who was also present.

Content included Bush mooting the idea of painting a U-2 spy-plane in UN colours and flying it low over Iraq in the hope of Iraq reacting by shooting it down, providing a pretext for the US and UK to attack and invade.

Decision to invade regardless

It also confirms Bush and Blair agreeing to invade regardless of whether weapons of mass destruction were found by the UN weapons inspectors. This contradicts Blair's statement to Parliament after his return that Iraq would be given a final chance to disarm.

Giving a further lie to Blair's Parliamentary assurances, Bush is paraphrased as saying: "The start date for the military campaign was now pencilled in for 10th March. This was when the bombing would begin."

In an opinion which should surely be George W. Bush's epitaph he told Blair he: "thought it unlikely there would be internecine warfare between different religious and ethnic groups" after the invasion.

In spite of the erased and ruined lives in millions, the ruins of Iraq, of much of Baghdad "the Paris of the 9th century", of many of historical gems that have survived assaults over millennia but not Bush and Blair, it seems likely Chilcot's Inquiry, if it eventually appears, will prove another dead end.

As Sir Christopher Meyer, former UK Ambassador to Washington pointed out: "When Downing Street set up the Inquiry in to 'phone hacking (by) newspapers, it was a Judicial Inquiry, led by a Judge (with) powers to compel witnesses to answer all questions put to them. Chilcot does not have that power. A Judge should be running this Inquiry, not a retired civil servant."

Prime Minister David Cameron has paid lip service to exasperation, but as commented on before in these columns, regards Blair as a "mentor" and in opposition aspired to be "heir to Blair." He has also refused Sir John correspondence between Bush and Blair (held in government archives) which Sir John has been reported as regarding as essential to his findings. Current speculations are, unless the families of the bereaved win out, is that the world will see nothing until late 2016.

Another reason for the inordinate delay is the decision of the Inquiry to write to every witness criticized in order to allow them to respond. How very cosy. Imagine that in a Court of Law.

However, if any of the above has you wondering, there is far worse to come.

According to a recent report although: "as many as one hundred and fifty (government) Ministers, civil servants and senior military figures have been sent details of criticism, including draft pages of the Report", due to the structure of the Inquiry: "Ministers and officials accused of wrongdoing in (the) Chilcot Inquiry will never be named."

Indeed:  "One former Labour Minister is now said to be going through hundreds of pages of the report 'with a fine toothcomb'. The ex-Minister has also been offered free legal advice from the Government."

Reg Keys, speaking for one of the bereaved UK families threatening action against Sir John Chilcot's team, who ran as an against Tony Blair in his Durham constituency of Sedgefield as an Independent Parliamentary candidate in 2005, and whose son, Lance Corporal Tom Keys was killed in Iraq in 2003 has had enough. Tony Blair: "should be dragged in shackles to a War Crimes Court" he says.

In a memorable speech on the 2005 election night, Blair and his wife standing with frozen faces, as Keys vowed: "I'll hold Blair to account." Unlike Blair, Reg Keys speaks the truth.