Ebola Virus Disease, Western Africa, is a public health calamity which has not finished, is not in the past tense, it remains a serious threat which may be down but is certainly not out. A story forgotten in the international media circles, it is vital to retain the focus because indifference will condemn thousands more people to death. And every single case is a potential humanitarian time-bomb waiting to explode. 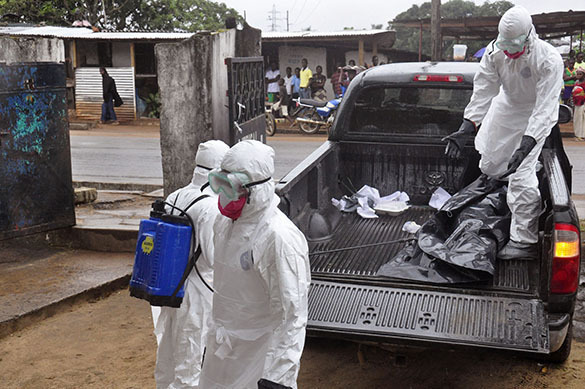 Let us not forget as we approach Christmas 2015, that the current outbreak ravaging West Africa began in the Republic of Guinea in December 2013 - nearly two years ago and since then has caused 11.283 reported deaths (and there are many others that have not been reported) among 27.929 confirmed cases (again, there are others). And it is not over: in the week to August 9, three new confirmed cases appeared, two in the Republic of Guinea and one in Sierra Leone.

The profile of the victims is in the age group from 15 to 44 with a similar number of males and females being infected. Among healthcare workers, there have been 512 reported deaths among 880 confirmed cases.

A tremendous response from the international community, which came late, has been effective in detecting cases and tracing back contacts, isolating potential patients and this has reduced the number of cases significantly, to the point where the World Health Organization is talking about defeating the disease totally by the end of 2015. WHO Executive Director Dr. Margaret Chan has praised the progress made in improving public health capacities in the region affected since the disease broke out.

"This is a night-and-day difference from the situation less than a year ago," she stated, explaining that ""Surveillance and response capacities have vastly improved. We have a very good picture of current chains of transmission and know how to break them."

While this may be good news for the future, the present is still a reality which was described last August by the WHO as "a public health emergency of international concern". Indeed, the scope of the disease and the victims it caused demonstrate its lethal potential: while the focus of the outbreak was the Republic of Guinea, Liberia and Sierra Leone, there were other cases further afield: Nigeria, 20 cases and 8 deaths); Mali (8,6); USA (4,1); Italy, UK, Senegal, Spain one case each, all recovered.

The world was shocked out of complacency

In the words of Dr. Margaret Chan, ""The Ebola outbreak in West Africa shocked the world out of its complacency about the infectious disease threat. "We witnessed the decisive role of vigilance and readiness in countries that experienced an important case."

However, the indifference with which the international community received the news of the outbreak - the "first cases" are dated March 2014 in most outlets, three months after it appeared in the Republic of Guinea - and the indifference with which the story has virtually disappeared into the depths of the interior of newspapers with a short paragraph at most is a victory for Ebola Virus Disease.

Imagine if the "cases" in the United States of America and Western Europe had been more than "isolated"?