The American researchers have started testing a new genetically-modified Ebola vaccine. People will get a spray, instead of an injection. 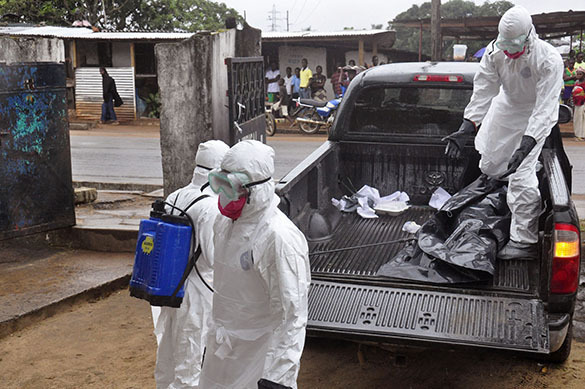 The vaccine is made from a common respiratory virus known as human parainfluenza virus type 3, or HPIV3, that scientists artificially engineered to contain genes from the Ebola virus. These genes purportedly encode the proteins of Ebola virus on the outside of the HPIV3 virus, prompting an immune response.

Some rhesus macaques underwent the first trials. Being deliberately infiltrated with a dose of Ebola GM virus that was 1,000 times higher than the level that would normally kill them, they survived.

Now the experimental GM Ebola vaccine is being tested on a small group of humans in the next step towards eventual commercialization, with the National Institutes of Health (NIH) leading the Phase I trial.

How this alteration in immune stimulation will affect humans in the long term is currently unknown. As with any aerosol-based vaccine, there's also the potential for viral spread beyond the individual to whom it's being administered.