Nostalgia: A look back over six decades

I was born on July 21 1958, precisely fifty-seven years ago, just after the most horrific war to end all wars was still ringing in the ears of Humankind, as Imperialist powers and colonies went through a profound transition, at a time when the bottom line of policymaking was provision of services at a time of equilibrium between East and West. 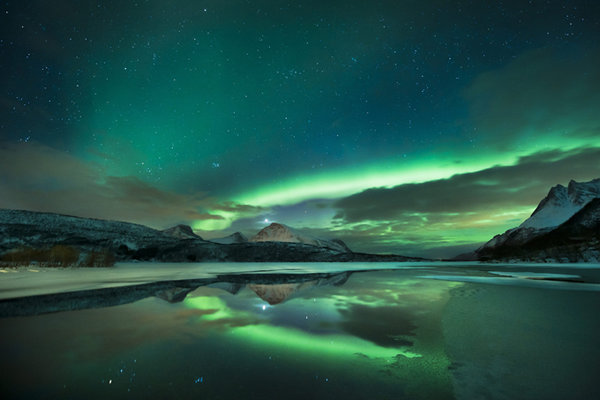 I would like to look around me as I approach the magic age of sixty and feel that the world is a better place than the one I was born in, and feel that my generation leaves a legacy of security and well-being for the generations to come: my children and grandchildren.

I would like to look at the international scenario and feel that the world is today a safer place than the one I was born in, that people have free passage to any part of the globe and can circulate in security, exchanging views and enjoying our wonderful diversity of races and opinions and gastronomy and religious and cultures colors and creeds.

I would like to observe the beauty around me in this wonderful home that Mother Nature gave to us for us to live in side-by-side as brothers and sisters with our cousins, the animals and our friends, the plants and forests, knowing that the poisonous touch of Humankind was an ephemeral mistake never to be repeated.

I would like to hear the salty seas heaving around me and spraying me with their saline breeze, unpolluted, pristine, a home to countless species of creatures we can marvel at, untouched in their sacrosanct home, viewing us with curiosity as we enter their world.

I would like to feel confident in those who are placed in positions of symbolic power, in Government, making public policy and shaping our destinies and futures by their decisions, I would like to feel sure that they were committed to public service and not self-interest, that they felt the obligation to honor promises made.

At the time when I was born, the Soviet Union was providing free and excellent maternal care, free and excellent basic, middle and secondary education, free and excellent higher education, illiteracy rates of near to zero, then a guaranteed job, free housing, free electricity, free gas, free water, fixed rate telephone charge, subsidized or free transportation, free and proficient healthcare, including dental care, free and guaranteed basic necessities. In many cases a car was provided, gasoline was free. Social mobility was guaranteed, you could walk anywhere any time of day or night, you had leisure time activities and training provided for free, there were youth movements such as the Pioneers and Komsomol teaching values, there was placement to work abroad if you applied, there was safety on the streets, there was security of the State, and there was an external aid program amounting to 250 billion USD per annum to help countries freed from the yoke of Imperialist tyranny and massive public service programs implemented in the developing countries.

On the other side of the fence, a western world in which the capitalist model still provided public services in the form of the Welfare State, in which societies also had values, in which the economic model was still based around the freedom to set up a business, employ people and contribute towards the commonwealth (or common riches) through payment of taxation.

Both systems worked in their own way, side by side, there was mutual respect and the world was divided between two realities, East and West who did not always look at one another down the barrel of a gun.

Today, what do I see?

I see the world is far from safe, there are thousands of deaths from terrorist strikes by Islamist fundamentalists and western military powers alike, both claiming they are right while neither can claim any high moral ground, I see an international community which derides the United Nations Organization instead of respecting it, then claiming it does not work, I see arrogance, bullying and chauvinism as the key words behind policymaking instead of debate, dialogue and discussion, I see an attempt at creating a unilateral world based upon the FUKUS Axis (France, UK, US) and the ASS (Anglo-Saxon Syndicate of UK, US and Australia) and the lobbies which control their Governments.

I can circulate in fewer and fewer countries and dare not step off an aircraft in growing swathes of our planet. I am still labelled by a ridiculous document called a passport, which defines who or what I am, where I can go and how long I can stay, depending on which side of an imaginary and non-existent line I am born on, and which dictates whether or not I have access to human rights.

Decimated species of animals and plants

Species of animals are being decimated due to pollution, unnecessary destruction of habitat caused by the greed for profits and a total disrespect for our environment, others are hunted, today in 2015, for their fur or worse, for fun. Today, in 2015, there is an endless list of people queueing up to pay 20,000 dollars for the privilege of having one shot to kill an elephant, a rhino, a lion or a buffalo. Dolphins are hacked to death by savages in Japan, seal pups are hacked to death by demented Canadians...

The salty seas around me are heaving with plastic, tonnes of the stuff - for every three kilos of fish there is one kilo of plastic and you cannot travel by ship in any part of any sea or ocean without wading through a platform of plastic bags. And oil. Our seas have been turned into a toxic cesspool, not to mention the horrors under the waters of the Pacific, thanks to Japan's ultra-intelligent policy of constructing nuclear power plants on a fault line.

As for those in Government, they, or anyone in any position of authority making decisions affecting the public, should be forced to take and pass a public awareness course, living in social housing, receiving the minimum salary for a month, working in the fields with a hoe in the hand instead of a whore in their bed, learning what it feels like not to have a crust to place on the table, how it feels to be homeless and jobless, not to have access to a school or a hospital, how it feels to be scared of marauding gangs of drug addicts roaming the streets. Then let them take their decisions and respect their promises, not pander to the whims of the lobbies that pull their strings.

What world do we bequeath?

And finally, what kind of world am I going to bequeath to my children and grandchildren? One in which hatred and intolerance is rising by the day, once again; one in which sets of waves of drugs destroy our youth, following inexorably one after the other. Yesterday it was heroin, today it is crack. Tomorrow, Molly? People dare not venture out of their homes with old-fashioned policing absent or invisible because the agents spend their time filling in forms, in a justice system which protects the criminal, in an education system which disrespects the teacher and has turned schooling into a business, in a world whose healthcare system has become a pay-per-view by the doctor. No cash, no treatment.

If someone had told me back in 1958 that this was how I was going to celebrate my fifty-seventh birthday, I would have thought they were joking or else were describing a nightmare. All I can say is that I hope those people who support me in my writing will continue to fight alongside me for the world I imagined when I was born. Was I mad, a dreamer or can we please do something about it?

No cash, no services. Welcome to twenty (raspberry) fifteen!