It was the market that formed the current devastating economic model that, because it sustains itself on a scale of increasing production to "meet" exaggerated consumption levels, it squanders the main ecosystem services, depleting environmental resources above the regeneration capacity of the ecological system. 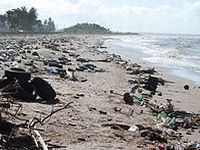 Even this level of consumption is not being extended to all, it is seen to be concentrated in a few hands, and injures natural heritage substantially. The numbers that make this argument are illustrative: Just over 250 people, with assets exceeding $1 billion each, together have more than the combined gross product of the 40 poorest countries, where 600 million people live. The wealthiest 16% of the world are responsible for 78% of total world consumption. And 92,000 people accumulate in tax havens over $20 trillion. The 500 million richest people on the planet are responsible for 50% of the emission of carbon dioxide, exacerbating the greenhouse effect.

The sumptuous consumption, conspicuous in the " Economese language " rages apace, "consuming" the planet's natural capital. Spending on cosmetics annually in the U.S.  alone reaches the importance of U.S. $9 billion. Europe (with 740 million inhabitants) spends on cigarettes, also yearly, more than $50 billion and a further $105 billion is spent on alcoholic beverages. The annual global expenditure on armaments and military equipment is approaching $900 billion, while only $9 billion (so 1% of the sum that the major powers spend to kill innocent people) would be enough to bring water and sanitation for all the world's population.
This economic model of high production "fed" with exaggerated consumption, as we said, is destructive of the ecosystem's services. It is enough to see the widespread damage in the four ecosystems that provide our food - forests, grasslands, fisheries and farmland. Specifically, in these last two, the economic activity has manifested itself over time as being very invasive. Of the 17 known ocean fish stocks worldwide, 11 of them have withdrawal rates greater than the capacity to restock. Four billion hectares of the world's land surface are damaged. The last 50 years of economic activity account for 60% of the damage to ecosystems.

Related to this, population growth and hence their "needs", present at a faster rate than nature can bear. Excluding the deaths, every day 220,000 new people are born in the world - that  is, 80 million per year. Over the past 112 years, the population has grown more than 350%, from 1.5 billion in the year 1900 to the current 7 billion. Therefore, from 1980 until now, the global consumption of resources has increased 50% - each year 60 billion tons of resources are extracted.

When the material consumption exceeds the required level, well-being consequently declines. Perhaps this explains the need to create a new economy, a new economic model designed for the Earth - not for the market - and one which is considered sustainable, within the meaning of the term, only, and necessarily, if ecological principles are respected. Reaching this new stage of economic model it is necessary, beforehand, to change the modus operandi of the economic system.

It is unacceptable to keep it the way it is, creating increasing futile needs. That's how this model is supported, not worrying about fully meeting the needs of the population, but in continuing to create new productions to feed consumerism in general, of futility, while maintaining a high level in these "needs". For this, economic output is stimulated at a breakneck pace, "offering", as a sort of "reward", to the biosphere more pollution, more ecological degradation.

Programmed obsolescence (mechanism to shorten the life of the products thus forcing new sales) occupies considerable space in this dynamic. Just to illustrate: only in 2012, the Brazilian population discarded (threw in the trash) 200 million mobile phones.
Together with the insidious advertising industry (the second largest world budget, second only to military spending) the capitalist dynamics "surfs" that consumerist wave more and more. The one who suffers from it is the planet whose surface is scratched by the claws of this voracious consumption, albeit restricted to just a few hands. 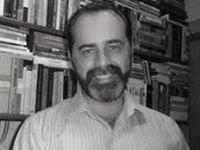