Ebola is not beaten, it is coming back

After the massive international response last year kicked in against Ebola, bringing a tide of new cases down to a trickle, a year and a half since the outbreak was reported, the last two successive weeks have sharp shown rises in new cases, with unknown causes. The conclusion is that Ebola Virus Disease is not beaten. It is coming back. 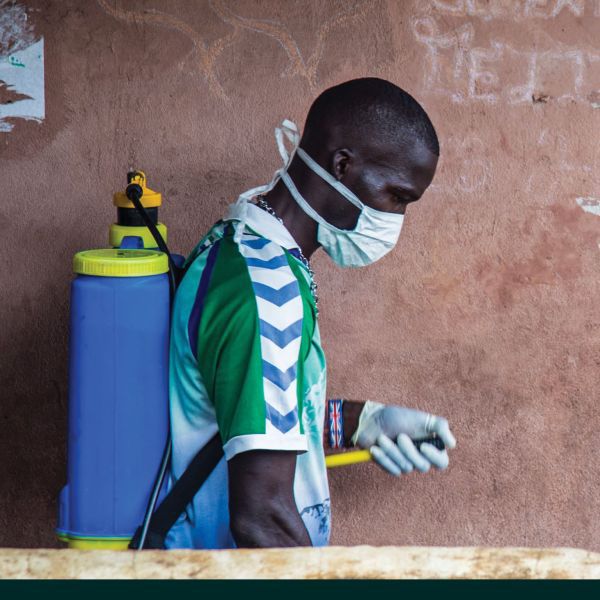 Rule number one is that when a story breaks in the media, it has a two-week climax between the wow! and ah! Factors. The wow! factor is accompanied by drum beats at peak viewing time with "Breaking News" flashing all over the screen, the newscasters looking stern and serious, their eyes wide open, staring in panic at camera number three, speaking breathlessly, raising the heartbeat of the viewers who will be less inclined to zap over to a crime show or the latest episode of The Simpsons. The ah! factor is when "our boys go in" risking their lives to help, when the camera picks up a child, when the visiting politician spots the camera and child and makes a dash to raise it up just as the transmission goes live, asking "Let's go and find Mommy, shall we?"

What the camera does not pick up is the two-second period later when the same do-gooder asks why the light has gone off the camera, whether the audience saw that shot with the child and when the child is unceremoniously dumped, off-camera, and not looked at again.

With high impact stories like Ebola Virus Disease with its links to bats, the coolest of creatures in societies suddenly obsessed with Dracula and Zombies, and the much-vaunted horrific symptoms of sudden hemorrhage, bleeding from the eyes or skin or vomiting of copious quantities of blood (in a few cases only), the likelihood of the media circus hanging around for a while after the two-week climax is higher, with sporadic snippets of information coming out as the world moves on to soccer, air crashes, soccer, train crashes, soccer, people being beheaded by Islamic State, soccer, soccer and soccer, just before the silly season when stories of funny animals in forests proliferate, before and after post-mortems of last soccer season and forecasts of next.

The question is, when used properly, the media do have an important role to play. I am not speaking about misquoting an interviewee so that when s/he reads the newspaper the morning after the interview, s/he swears never to speak to a journalist again because the opposite of what s/he said is what is printed. Few journalists these days (apart from myself and a handful of others) send the piece back to the interviewee to check and make any additions before publishing. I am also not speaking about prying into the private lives of others and splashing their sexual desires and preferences all over the front pages of the tabloids. Few journalists these days, unfortunately, refuse to use "material" sent to them about what famous singers get up to in hotels before or after concerts. Neither am I speaking about fabrications and lies, half-truths and misinformation, manipulation of photographs, purposefully placed to shape public opinion and this goes deeper than page three of your newspaper. For instance, watch British detective series these days and the villain will always and without exception be a Russian.

Proper use of the media

When properly used, the media will inform the audience about what is happening, be it a Fascist Putsch in Ukraine ousting the democratically elected President and replacing him with a motley bunch of misfits on the fringes of society who boast about links to terrorist groups and who start to perform massacres and curtail the rights of Russian-speaking Ukrainians, be it who and what is really behind Islamic State and why the West sat back and used this group against President Assad, be it what was really behind the attacks against Afghanistan, Iraq and Libya and so on.

And when properly used, the media will bring public attention to places such as West Africa fighting a serious public health calamity such as Ebola Virus Disease, focusing attention on the plight of the victims so that hopefully, public awareness and fund-raising campaigns can get under way for the agencies, NGOs and volunteer organizations to help - and this was indeed the case after the circus came to town last year.

But now it has moved on, the rainy season has started, hampering field activities and the reports of new cases of Ebola Virus Disease have started to increase - the last two weeks showing rises in cases. Worse, the new cases are from previously unaffected areas and the causes of transmission are unknown.

The World Health Organization has stated that the new situation highlights the challenges involved, since the latest report of new cases was the highest in several weeks, because "the outbreak is not over and the response efforts must be sustained until we get to zero cases throughout the region and are able to stay at zero for several months". The reality is different. The latest update indicates 31 new cases in the week ending June 7 (16 in Guinea, 15 in Sierra Leone).

Let us not forget, zero cases for several months. Until then, the battle is far from over. I am sorry to say it but the notion arises that only if such a disease took hold in a European or North American capital would there be a serious and sustained response, otherwise the politicians would not get elected and the lobbies they represent would lose power. And money. A fitting epitaph to Humankind 2015.