Democracy, elections and the fickle nature of Politics 2015

Politics 2015. Now the dust has settled on the British election and we see which way the wind blows the political particles in the fall-out, in a year in which there are no less than forty-seven Legislative, Presidential or Federal elections across the world (*), and the big one next year in the USA, to what extent can we draw parallels from the UK and predict the outcome of the democratic act by analyzing global political trends? 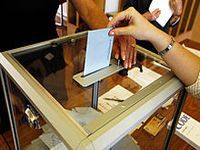 For a start let us ask whether this so-called democratic act is indeed about democracy and secondly let us analyze the United Kingdom election as an example, asking who voted, for what and why.

1. Did the majority of the population in the United Kingdom vote, being fully informed of the options, know what they were voting for and who was representing them?

2. Do the people trust the politicians?

3. Is there a narrow space, empathy, between the people and those they elect as their representatives?

4. Are all policies that are enshrined in law open to examination?

1. Did the majority of the population in the United Kingdom vote, being fully informed of the options, know what they were voting for and who was representing them?

The voter turnout for the UK election in 2015 was just over 66 per cent, meaning over a third of the electorate did not vote, demonstrating a worrying trend shown elsewhere that a growing percentage of young voters are turned off by politics and politicians - these representing apparently around 42 per cent in the UK general election on May 7.

The fact that nearly half of the voters in the 18 to 24 age group did not bother to vote and some of those that did placed spoiled or blank votes, lends credence to the belief that they understand any participation in an electoral process will not make any difference, leading political analyst Christof Lehmann to conclude: "The situation brings to mind the words of the late German journalist and later RAF terrorist Ulrike Meinhof, who spoke out about a disenfranchised youth and the street as only remaining place to democratically voice actual dissent".

As for who the people voted for, the electoral system in the UK is based on political constituencies where the grass roots level of the political parties play an important role in selecting candidates to stand for election as Members of Parliament, each constituency electing one Member in a first-past-the-post suffrage. Sounds good? It would be but unfortunately a recent survey indicated that over three-quarters of voters do not even know who their representative is. In other political systems, in which the Parties draw up lists of candidates to be Members of Parliament, the candidates are wholly unknown to the population, and so people do not know who they are electing, making this void even wider.

If the void is wider, the mistrust is deeper. This is not democracy.

2. Do the people trust the politicians?

It is not necessary to answer this question because the answer is an obvious two-letter word, anywhere in the world, although there are exceptions: those with a calling to public service and to work for the good of the people, answering their trust with hard work and policies that make sense. The popularity/approval rating of 86 per cent places Russia's own Vladimir Putin in this category.

But as a rule the opposite is true. People do not trust politicians because they are seen to lie, they make pledges at election time, they place promises in manifestos and then promptly, blatantly and shamelessly break them. This may be the reason why more and more people are turned off by the entire process, because after all what use does a manifesto serve if it is not respected? And even then, how good an instrument of communication is it if it is written in a pompous verborrea nobody understands?

Let us once again take the UK elections as an example and take a look at the manifestos. Here is how the (victorious) Conservative/Tory Party's starts:

"Over the last five years, we have put our country back on the right track. Five years ago, Britain was on the brink. As the outgoing Labour Treasury Minister put it with brutal candour, 'there is no money'. Since then, we have turned things around".

Translation: The Conservative/Tory Party managed, through repetition of the same message throughout five years, to place the British Labour Party at the center of the world's economic, financial and banking crisis (the result of the capitalist/monetarist model, not party politics in one nation) and the Labour Party was so inept they did not pull this statement apart from day one.

In fact, the Tory Party won the election for two reasons alone: this agrument and the scaremongering about the Scots Nationalists sitting in London and ruling the roost under a Labour-led Government.

Labour's manifesto developed under the following theme: "Britain only succeeds when working people succeed. This is a plan to reward hard work, share prosperity and build a better Britain".

And here is Labour's problem: the "working class" argument in today's UK might work in those areas where the expression means something but there is a fundamental difference in Labour values in the inner cities of factory towns and cities in the north of England and among the intelligentsia in and around London, Labour's two heartlands. Now virtually wiped out in Scotland (Labour lost 50 seats there to the Scottish National Party, which won 56 out of the country's 59 seats) Labour has to claw back some fifty seats from the Conservatives in England if it ever wants to be a majority player again. Yet it has to claw those fifty seats back in a country where Conservative values are now national and traditional Labour values are regional. Bottom line: Labour has to reinvent itself.

When all is said and done, the system itself presents two alternatives to the people, one supposedly center-right and the other, center-left and anything outside this space is derided as loony, menacing or dangerously insane, those representing this space being wholly incapable of getting the message across. The several Communist Parties failed to get a vote in the UK in the 2015 election.

And around these two center options, like a vice, close the lobbies which pull the strings behind the scenes, forwarding people for jobs in or around Government, choosing the candidate for the job then writing the job description from the candidate's own CV so that only that candidate fulfils the requirements. This is not democracy.

3. Is there a narrow space, empathy, between the people and those they elect as their representatives?

Again, no. In fact the space could not be wider. The reason why is because the Government is not really chosen by the people, the leader of the party is. Political discussions can be summed up as discussions about "Him being better than the other one", or "There isn't any alternative" or "He does look nice on TV". And if it is the image on television and the slickness of the campaign which chooses the candidate, if it is the one who stands up on a soap box and shouts above the crowd or grabs more kids when the camera is on him/her, this is a cosmetic detail and no reason to elect a person to implement meaningful policies nationwide. This is not democracy.

4. Are all policies that are enshrined in law open to examination?

No, they are not. For one simple reason: many of them do not enter the Manifesto. For instance, in how many NATO countries is membership of this offensive alliance, the payment of two per cent of GDP to military expenditure, the collective budget of one point two trillion USD per year every year on weapons and administrative military costs, open to discussion?

In how many NATO member states is the control of national foreign policy by this supra-national organism on the political table at election time? The result in both cases is none.

In conclusion, less than two-thirds of the adult population and just over half the young adult population votes for a manipulated image, ignorant of the main guidelines of policy, ignorant of the character, competence or curriculum on their representatives; even so they vote for the leader they distrust less, feeling little or no empathy with the political party in power and in any case, neither is the manifesto a commitment to policy (but rather, often a meaningless tissue of lies from beginning to end) nor are all policies contained in the manifesto.

If this is democracy, then it is unrepresentative. Or else, this is not democracy.

While it is true that if people have bread on their table, a roof over their heads and a minimum of human rights then they are less politically motivated, it is also true that most people are unhappy with the governments that represent them. This is not democracy.

The politicians don't care. They have jobs to go to once they have passed the "use by" date and they have bodyguards at the doors of the buildings they grace with their presence. This is not democracy.

(*) 2015 is election year for Parliamentary/Legislative elections (L) or Presidential elections (P) in no less than forty-seven countries/territories, namely: