The Boys from Brussels 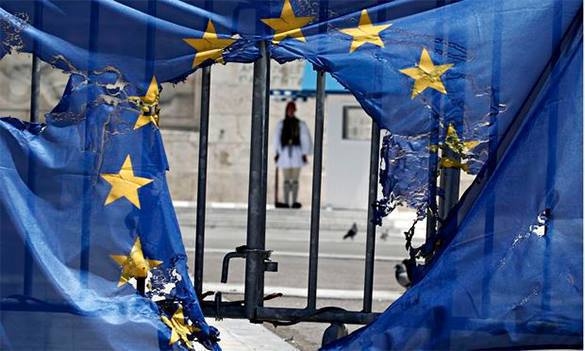 The real nazis are to be found in the offices of the European Commission in Brussels. As a matter of fact, the members of the European Commission have refined and perfected the tools of their notorious predecessors in Berlin. While the first nazi regime (the "Third Reich") lasted a mere 12 years (out of the projected one thousand), it was in fact no more than an organizational chaos headed by an absolute ruler whose grip on day-to-day matters was far from complete. The Fourth Reich in Brussels has already far outlived its predecessors in Berlin, because it has chosen a more efficient and vicious form of government, borrowed from the former Soviet Union. Essentially it is a government by ruthless, heartless bureaucrats, the so-called Eurocrats. Here we have a Fourth Reich that is essentially a nazi state, run by a Soviet-style politbureau, the European Commission. The current Führer is a Pole called Tusk. The Fourth Reich is a nazi (or fascist) state, because it is actually controlled by powerful private enterprise: the big banks and large corporations.

The private individual in Europe, usually referred to as "taxpayer," "consumer" or even sometimes "citizen," has absolutely no influence on what goes on in Brussels. If you want to know how the average European feels about the "European Union" and what he thinks of the policies dictated by the "European Commission," just listen to him as he desperately cries out to get the attention of those Commission members. Just listen to him: in Madrid he demands "bread, work, a house and dignity;" in Dublin he complains about the government hiking to price of an access to drinking water; in Rome, he begs for job security and decent wages; in Greece he begs just to be left in peace. Even in Brussels, under the very noses of the Commission, there are demonstrations of desperate citizens clamoring for compassion, like this past Saturday, 29 March. But no one ever listens. On the contrary, the Commission members just continue their policies, claiming them to be in the "general interest."

Take, for instance, Cecilia Malmström, one of the "Boys from Brussels." She is the Commissioner for Trade, hell-bent on pushing through the nefarious TTIP-agreement with the Washington regime. In her previous capacity of Commissioner for Home Affairs, Mrs. Malmström has sold out the security of Europeans by handing over all their private data to the Washington regime, the world's leading rogue state.

Giving Mrs. Malmström the benefit of the doubt, I recently approached her official spokespersons with some questions regarding the TTIP negotiations. Having read on the official EC website: "in the 21st century it is anachronistic that Europeans and Americans still impose customs duties on each other's products. These should be eliminated, quickly and completely," I asked Joseph Waldstein (an Austrian) and Daniel Rosario (a Portuguese) why it would be "anachronistic" to impose customs duties. Surely, I asked, there must be a thoroughly researched and documented position paper on the basis of which such an apodictic statement was made. Really, EC-President Juncker (who is quoted here) says no more than "it is about time to have free trade with the US."

However, I never received an answer from La Malmström's private court. She obviously is well-protected. Her boy Waldstein first asked me "which outlet" I was working for. When I answered Pravda.Ru, he reacted by indicating that "the EC spokesperson's service deals with media queries." It does not surprise me the EC does not regard Pravda.Ru as press, for apparently in order to be considered press in the Fourth Reich, one needs to carry full government approval. Just like in the Third Reich. No difference here.

It will not come as a surprise that there is no position paper, no research, no analysis of the possible effects of free trade with the US, not the faintest idea of how free trade with the US will affect the lives of Europeans. Apparently in the Fourth Reich, policy is as whimsical and haphazard as in the Third Reich. No difference, here, either.

Of course, no one in the EC will answer serious questions by non-compliant writers. They have no time for reflection because they are in a hurry. La Malmström and her lackeys are busy clearing the way for the flooding of the European market with poisonous junk from the US and from US corporations. Monsanto, GlaxoSmithKline (GSK) and McDonald's must be allowed to carry on their chemical warfare against Europeans.

Who will protect Europeans from traitors like La Malmström? This woman is a real danger and wherever she goes, she leaves a trail of destruction and misery. I bet that after stepping down as Commissioner La Malmström will be rewarded by her US masters and probably be made Member of the Board at Monsanto, GSK or McDonald's.

Opinions of the author may not coincide with the views of Pravda.Ru editors