European Union: No Freedom, No Security and No Justice 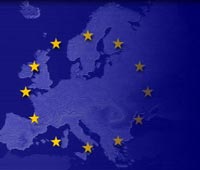 European Union: No Freedom, No Security and No Justice

On the first two days of July, the European Commission is organizing a conference called “EU Citizens' Rights – The way forward.” According to the Commission, its goal is “to take stock of the progress made in the area of Union citizenship since its inception, and to look at what still remains to be done to make citizens' rights easily accessible and tangible on the ground.” By the way, the term “on the ground” seems to have been taken directly from US military parlance, as in “boots on the ground” (in Afghanistan, Iraq or anywhere else). This in itself may be seen as indicative of the true feelings among the members of the European Commission, the closest equivalent to the old Soviet Politbureau.

While most of you out there in Europe are working at your jobs, and ever growing numbers are trying to make a living off the ever shrinking dole, the European Commission is busy building a brave new Europe. The Commission does so by means of detailed four-year plans (mind you, Adolf Hitler also worked his miracles through four-year plans!). These plans are written in the kind of dense and horrible style the French call “langue de bois,” (wooden language) and which for all practical purposes might be called “commissionese.”

According to an official EU web site, “one of the fundamental objectives of the European Union, as stated by the Treaty of Lisbon that entered into force on December 1, 2009, is to offer its citizens an area of freedom, security and justice without internal borders.”

Apart from the July event at Brussels, chaired by Commission Vice President Viviane Reding (responsible for “Justice, Fundamental Rights and Citizenship”), one of the instruments by means of which the Commission seeks to attain this objective is the so-called Stockholm Programme. This programme strives to achieve “a n open and secure Europe serving and protecting the citizen.”

You have to admit this all sounds truly convincing and impressive, does it not? Indeed a cursory reading tends to confirm this favorable impression. However, actual political practice is very, very far removed from the lofty theories and ideals found in the official documents. A recent example may get the idea across.

For instance, chapter 2.5 which deals with the protection of citizen’s rights in the information society: “When it comes to assessing the individual’s privacy in the area of freedom, security and justice, the right to freedom is overarching. The right to privacy and the right to the protection of personal data are set out in the Charter of Fundamental Rights. The Union must therefore respond to the challenge posed by the increasing exchange of personal data and the need to ensure the protection of privacy. The Union must secure a comprehensive strategy to protect data within the EU and in its relations with other countries. In that context, it should promote the application of the principles set out in relevant EU instruments on data protection and the 1981 Council of Europe Convention on data protection as well as promoting accession to that convention.”

Probably, you would think this paragraph means that the Commission is doing its best to protect your private data against the forces of evil. Ha! You have got it all wrong! Just last Monday 27 June, in what was presented as a major step in the “war on terror,” Mrs. Cecilia Malmström, the Commissioner for “Home Affairs,” signed a treaty with the US for the transfer of all your private banking data to the US authorities.

That's right! The US, the country that claims the right to declare anyone it pleases an “enemy combatant,” the country that randomly kidnaps foreign nationals abroad and then drags them off to secret concentration camps to be tortured and killed, the country that systematically tramples human rights both at home and abroad, the country that routinely kills any person it deems an enemy, that country now gets to see your private banking data. You think this is harmless? How wrong you are! Under new Supreme Court rulings, the US government can whimsically declare any group to be a terrorist organization. Anyone who has had dealings with such a group is automatically considered a terrorist himself. For having bought a harmless tee shirt from some human rights group, you could actually be qualified as a terrorist by the US government, for the simple reason that it considers the human rights group to be a terrorist organization. Do not shrug this off: a similar case in Denmark has landed people in jail. And Denmark actually has a rather decent human rights record! So now, every money transfer that you make, to your son, your daughter, your old mother, your grocery store, to anyone at all, every transfer is henceforth under scrutiny from the US authorities. All talk about guarantees for fair use of these data is meaningless. Certainly, the US does not care an iota about promises made to other governments.

For having signed away your privacy,for having put you at the mercy of the US, a confirmed rogue state, Mrs. Cecilia Malmström deserves to be called either stupid or evil, or both.

In order to find out more, I decided to ring Mrs. Malmström's spokesperson, Mr. Michele Cercone. I asked him specifically: “d oes the European Commission take US assertions concerning the nature, extent and origin of terrorism at face value?” Not surprisingly, after first reprimanding me for asking a “broad question,” Mr. Cercone gave me the usual line on “transatlantic cooperation, exchange of information and fight against terrorism.”

I managed to get in another question, namely “how can individual Europeans prevent their private banking data from falling into the hands of the US authorities?” This time, Mr. Cercone referred me vaguely to some procedures for citizens, from which I concluded the situation was as bad as I had suspected. I decided it really makes no sense to try to get a personal interview with Mr. Cercone. Even this underling claimed to have a long waiting list of journalists eager to talk to him. This amazes me: so many colleagues out there eager for getting a fresh load of spin! I will not sign up to the list and listen to clever and not-so clever lies about the fine work Mrs. Malmström is doing.

The Commission, in the person of Mrs. Malmström, has no right selling down the river the very people it claims to be protecting. Instead of European citizens trying to prevent their data from falling into the hands of a rogue state government, it should be the other way around. If Mrs. Malmström and the Commission are so eager to please the band of criminals running the US, they could, for instance, at least have left it to individual European citizens to voluntarily surrender their banking data to US scrutiny. You can always find plenty of naïve individuals who would do such a thing. Mrs. Malström and the European Commission, every single member of it, are traitors who ought to be put on trial.

The best way to find out about the shady doings of the European Commission? Read their documents! Read their programmes and statements. Read, read, read! Do not lose your time listening to the slick rantings of spin “doctors.” Read, think and draw your conclusions. Read and think dialectically. Actually, most of the time, the very opposite of what is being stated is the truth.

Europe an area of freedom, security and justice? Indeed, for the members of the Commission and their servants, there is freedom to travel (of course, at your expense), freedom of speech (because they will not allow anyone of you near them), security (they are well-protected, while you are made to live in a dangerous neighborhood), and justice (not your justice, their own twisted justice).

Europe an area of freedom, security and justice? Not for you that is. For you, it is the very opposite, no freedom, no security and no justice.

Just a small piece of advice: pay in cash as often as you can. This way you will obstruct both the US authorities and the European Commission. The Commission reportedly wants to achieve a cashless society. That way it is even easier to keep tabs on everyone.