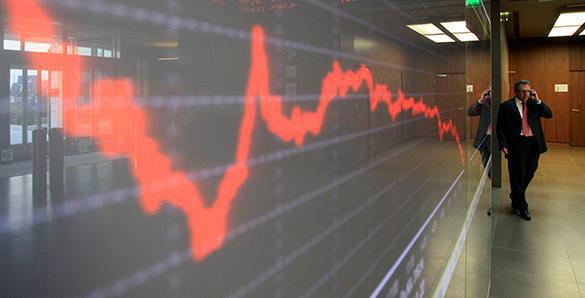 The economy is sick. It has grown at an anemic pace of only 2% per year for six years. This is the worst performance of any recovery in American history. For the first time ever in this country more businesses are closing their doors than being created. The majority of American's believe we are on the wrong track and many have given up hope of finding a job, building a business, or reaching their personal goals altogether.

When the human body is sick the best cure is rest and fluids. The natural recuperative power of the body to recover takes over. An economy is much like the human body; and that is not surprising since an economy is human in nature. It is made up of millions of individuals and it is human action (or inaction) that moves an economy.

Before prescribing a cure for the economy we need to know the disease. So, what is causing the economy to remain sick and not recover? The answer is lack of freedom. Just as individuals need freedom to grow and progress, so does an economy. But the economy has been strangled over the last many years by thousands of new laws, regulations, and controls. Human inaction has been the result. There are exceptions such as in the more free areas of the economy such as high tech and fracking, but the majority of the millions of businesses and workers are struggling.

Many entrepreneurs have said that they could not start the same businesses today that they did in the past. Huge businesses like Home Depot that created millions of jobs would not exist today if they had to deal with our present day regulatory environment. As of the beginning of this year the amount of new laws, mandates, regulations, taxes, fees and fines are such that many individuals and businesses have no idea how to comply with most of them. Many are frozen in their tracks trying to figure out which way to move or how to comply. Certainly they cannot make decisions to expand when they are not sure what a law is or isn't; what a mandate means or doesn't; or what costs, fees, and taxes they will have to pay in the future.

If you want to cure the disease that plagues the economy and end the persistent stagnation that has retarded the economy's natural growth, I suggest we end the thousands of federal economic regulations, controls, and mandates, and replace them with one law: that no individual or business can use force against others; and that includes the derivatives of force -- fraud and coercion.

This would allow individuals and businesses to be free to create, produce, and grow without the burden of everyday having to negotiate through a maze of government red tape. There would still be regulations and controls, but only those imposed by communities, cities, and states. The federal government would direct its powers, energy, and money, solely against those that initiated force and fraud against their neighbors. They would be concerned with adjudicating disputes and defending the homeland against aggression. There would be less rules to comply with and more certainty of what to expect. The cost of government would fall dramatically leaving more money to circulate within the economy. The result would be an economic boom the likes of which we have not seen in years. A new era would be born.

For the same reason we should simplify our laws, we should also simplify our tax code which everyone agrees is incomprehensible. We should replace it with a simple flat tax with no deductions or loopholes. Think of paying your taxes by computing your income on the back of an envelope and sending in a check. Think of how much time and energy could be saved and redirected toward real production rather than doing your taxes. Think of the billions of dollars that could be saved.

It's freedom that is the cure to stagnation. It works every time.

A great example is what to this day is known as the "German Economic Miracle". At the end of World War ll, Germany was in shambles. Its infrastructure was destroyed, it's currency destroyed, and it's economy totally controlled and regulated by the government. Rationing, wage and price controls, and mandates were imposed throughout the economy.

Most believed then as many believe today that socialism was the only system that was fair and equal. Germany had a choice to continue the conventional wisdom of the day and fine tune socialism in a post war world. But instead it turned to free market economics. It was a radical move.

Germany replaced its currency and adopted sound money policies, eliminated most rationing, regulations and controls, and dropped its tax rate from 85% to 18%. Within a decade Germany had rebuilt itself, and by 1989 was the world's third largest economy! Even today, Germany is the corner stone of the Eurozone practicing sound monetary and fiscal policies while most other nations, all who are deeply committed to socialism, are barely surviving.

The examples of socialism's failure to create prosperity and free market capitalisms ability to succeed are abundant throughout history. East Germany stagnated under the weight of socialism while West Germany thrived under free market capitalism. Cuba has been stagnant for 50 years as its freer neighbors have prospered. The Soviet Union fell of its own weight after a half century of socialistic policies. And China suffered the stagnation of its government controls and regulations until they allowed a return to free markets.

The cure to a stagnant economy is freedom. The agenda of all those who are truly interested in improving the lives of individuals and are willing to look at history honestly, should vigorously advocate a return to freedom and free market economics. The ending of all economic controls and regulations and a fair tax system where all pay an equal percentage of their earnings would end the present class warfare dividing this nation, and the continuous budget deficits which have led to the highest National Debt in the history of Mankind, and the endless stagnation we live under today.

Replacing compulsion with freedom would lead to the natural healing process that would end once and for all, the malaise we are in.