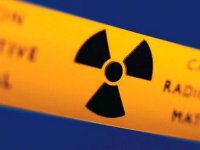 "Radiation has no color or smell, but after some time its devastating impact on health and the environment becomes obvious," Eduardo Rodriguez Farre, radiobiologist of the Higher Council for Scientific Research of the country, wrote about the consequences of a nuclear explosion at the plant in Japan.

Farre said that scientists have already calculated the percentage of emissions such as iodine and cesium, caused by the disaster at the Fukushima nuclear power plant.

Due to an earthquake, malfunctioning of the cooling systems has occured at the plant and, consequently, the partial meltdown of the two reactors. The core of one reactor contains over 60 radioactive substances resulting from the splitting of uranium. The lifetime of these elements may vary, but almost all of them are easy to take root and accumulate in the human body due to its resemblance to human biological elements.

Rodriguez Farre, one of the world's leading experts in the field of nuclear radiation and author of works about the consequences of the Chernobyl catastrophe, claims that of these 60 elements iodine, strontium-90 and cesium (C - 137) present the greatest danger to humans.

"Iodine acts instantly and provokes mutations in genes that may cause thyroid cancer," says the toxicologist, remembering that after the explosion in Chernobyl the incidence of this disease in Central Europe has increased tenfold.

As for the other elements, strontium accumulates in human bones for over 30 years, like calcium, and during all these years, it is exposing the body to fatal radiation, while cesium is deposited in the muscles. All of these substances increase the risk of cancer of any kind, especially the bones, muscles and brain, but also weaken the immune system and can cause other disorders.

In addition, radiation adversely affects the reproductive function," added Farre, who is also a member of the EU Scientific Committee for the new risks to health, "and in particular it concerns women."

This is because while men's sperms completely changes every 90 days and during this period the infected sperm dies, the female eggs are in the ovaries for the lifetime. Before a girl is born, up to 450 thousand eggs is formed in the ovaries. Their number is reduced each menstrual cycle. Accordingly, if the egg contaminated by radiation is fertilized, the effects of radiation will sooner or later affect the child.

The radiation has no lesser affect on the environment: over time, nuclear waste accumulates in the soil and on the sea bottom, and then gets incorporated into the food chain, contaminating fish, which, incidentally, is the basis of the Japanese cuisine, as well as some other animals, plants, fruits and vegetables.

This process is a bio-accumulating one, i.e., passing from one creature to another, it gets worse. An example of this is a situation where, as a result of the Chernobyl disaster, thousands of reindeer had to be destroyed, as their bodies have been completely poisoned by contaminated lichen.

Rodriguez Farre suggests some ways to protect against radiation. In particular, one can protect the skin by washing thoroughly, as a surgeon would wash prior to a surgery. Body, hair and nails should be disinfected by special lotions, and clothes should be recycled.

It is harder to avoid direct contact with radioactive elements. The risk of "breathing" these substances in can be combated only with special iodine tablets (and the Japanese government is trying to provide them to the population after the disaster).

The thyroid gland must contain a certain amount of iodine and it rejects any surplus. Thus, ensuring that the necessary amount is supplied to the body (through the use of above-mentioned pills), we can prevent the entry of harmful substances from the outside, said Rodriguez Farre.