Higher education in America: Dream or nightmare? Part I

When The Bill of Rights was added to the United States Constitution over two hundred years ago, Americans were blessed with many rights considered to be "fundamental." One conspicuously missing, however, was the right to an education. 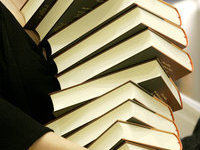 This was not surprising given the tenor of the times. America was primarily an agrarian culture, and education, especially higher education, was viewed as a privilege reserved for the children of the rich and powerful.

But as the nation grew and became more industrialized, many state governments began to recognize the benefits of educating all Americans, regardless of their economic status, and the right to an education became an integral part of many state constitutions.

Unfortunately, public schools systems in many states are funded through property taxes, which means schools in higher income neighborhoods and districts are often better equipped and staffed than schools in lower income neighborhoods or districts. Although education is often touted as the means to break the cycle of poverty, these taxation practices do little to promote that mission.

To provide greater access to a quality education, the federal government and many private lenders now offer loans to individuals who desire to attend a college or university but lack the financial means to do so. But for many, like myself, this method of pursuing a higher education can eventually become a nightmare.

I have experienced higher education both as a student and an instructor, and even though I realize that writing this series of articles could detrimentally impact my career and/or future employment prospects, I believe the issues surrounding higher education in America today are too urgent and relevant to ignore any longer.

During the past year, higher education has been in the spotlight due to the Penn State sex abuse scandal. Since this scandal has been thoroughly reported upon, I will just briefly summarize the facts: In 2011, a former Penn State assistant football coach, Jerry Sandusky, was indicted (and later convicted) of sexually molesting young boys he had met through a charity he had founded. These molestations had apparently gone on for several years, and allegations surfaced that some prominent Penn State officials, including head football coach Joe Paterno, were aware of Sandusky's criminal activities, yet failed to report them to authorities.

Penn State's Board of Trustees subsequently commissioned former FBI director Louis Freeh to conduct an independent investigation of the circumstances that led to the scandal. Freeh subsequently issued a report contending that the sports culture at Penn State had concentrated power into the hands of four men, and this, coupled with the desire "to avoid the consequences of bad publicity," facilitated the cover-up of Sandusky's crimes.

While I'm sure others besides myself appreciate the irony of a former FBI director condemning the cover-up of criminal activity, especially since the FBI has a sordid history of covering up its own abuses and criminality, I nevertheless agree with Freeh that within the "ivy towers" and behind the ivy covered walls of many colleges and universities lurks mendacities, hypocrisies, corruptions and cover-ups that would "shock the conscience."

But even though the Penn State scandal provides the lurid sensationalism that America's corporate-controlled media thrives upon, a lesser-known case, that of Ward Churchill, could have a negative impact on every institution of higher learning in the country.

Since I've written extensively about Churchill's case in several previous Pravda.Ru articles-including A Tale of Two Academics, Parts I & II (June 17-18, 2009), Ward Churchill and Death of Academic Freedom, Parts I & II (July 9-10, 2009), and Ward Churchill: The Lie Lives On (November 29, 2010)-I will just briefly summarize it here: Shortly after the September 11, 2001 attacks on the Pentagon and World Trade Center, Churchill, a tenured professor at the University of Colorado (hereinafter UC), wrote a controversial essay in which he compared some of the Trade Center victims to Nazi leader Adolf Eichmann. Although the essay initially attracted little attention, its contents became national news in 2005, after Churchill was invited to speak at a college in New York State.

Almost immediately both politicians and right-wing journalists demanded that Churchill be fired from UC. Although university officials responded that Churchill's essay was protected under the "freedom of speech" clause of the First Amendment, they nonetheless opened an "investigation" into his writings and research practices. Based upon the findings of this "investigation," Churchill was fired for "academic misconduct."

Churchill sued UC for wrongful termination, and a jury ultimately agreed that the "misconduct" allegations had simply been used as a pretext to fire him for the contents of his essay. But the ethically corrupt presiding judge, Larry Naves, a graduate of UC law school and 2011 recipient of its "Distinguished Achievement Award," nullified the jury's verdict and ruled in favor of the university, claiming it had "quasi-judicial" immunity against Churchill's lawsuit. A Colorado Appeals Court and the Colorado Supreme Court ultimately upheld Naves' ruling.

The academic tenure that Churchill was supposed to have enjoyed was designed to promote academic freedom by protecting professors against termination and other forms of economic retaliation, especially when they placed controversial opinions, theories or studies into the "marketplace of ideas." Now it is no exaggeration to say that when this corrupt cabal of Colorado judges destroyed academic tenure in Churchill's case, they potentially destroyed academic tenure, and the freedom it engendered, throughout the United States.

Although Churchill's attorney has stated that he intends to appeal the case to the United States Supreme Court, he acknowledges that the chances of it being heard are remote.

Churchill's case also decimates the right-wing myth about "liberal universities," particularly when it's compared to the University of California at Berkeley (hereinafter Berkeley) and the legal system's sycophantic embrace of tenured law professor John Yoo.

Yoo, an official in the United States Department of Justice's (hereinafter DOJ) Office of Legal Counsel during the Bush era, is the author of the now infamous "torture" memos-works more un-American, vile, and deserving of contempt than anything Churchill has written. As I stated in Ward Churchill and Death of Academic Freedom, "Yoo's memoranda possessed the power to influence public policy. Churchill's essay did not; Churchill expressed his views openly, while Yoo hid behind a wall of government secrecy and bureaucracy; Yoo was surreptitiously working to murder the Constitution and Bill of Rights, while Churchill was breathing life into them by exercising the very rights these documents were created to protect."

Yet the academic tenure that failed to protect Churchill is apparently sacrosanct when it comes to protecting Yoo.

In addition, unlike Churchill's experiences, America's legal system and its government have given the "red carpet treatment" to Yoo. Even though investigators from the DOJ's Office of Professional Responsibility had the integrity to conclude that Yoo had committed "intentional professional misconduct" sufficient to warrant disciplinary action, an ethically corrupt DOJ attorney overruled them, claiming Yoo had simply exercised "bad judgment."

The "progressive" Obama administration has also gone to extraordinary lengths to protect Yoo, even pressuring foreign governments into not pursuing torture indictments against him. In fact, in a remarkable "coincidence," Baltasar Garzon, a Spanish judge who was conducting a criminal investigation into Yoo and five other Bush-era officials regarding their sanctioning of torture, was recently disqualified from participating in "judicial activity" for a period of eleven years.

Meanwhile back in America, the Ninth Circuit Court of Appeals recently ruled that Yoo had immunity against a lawsuit filed by Jose Padilla, an American citizen who was allegedly tortured based upon Yoo's memos. This decision, although egregious and contemptuous of even the most basic of human rights, was not surprising given that Jay Bybee, Yoo's former boss at the DOJ and a target of Garzon's now defunct investigation, currently serves as a Ninth Circuit judge.

When I wrote A Tale of Two Academics for Pravda.Ru, the jury had just returned its verdict in Ward Churchill's favor, and federal judge Jeffrey White had ruled that Padilla had the right to sue Yoo for the tortures he endured because "Government officials are legally responsible for the 'foreseeable consequences of their conduct.'"

While it appeared for that all too brief period of time that the legal system was working, I still stated that "anyone familiar with American jurisprudence knows that such victories are fleeting in a legal system that labors harder to rationalize injustice than it does to produce justice."

The Ninth Circuit Court of Appeals and a corrupt cabal of Colorado judges certainly did nothing to prove me wrong.

Looking back, I should be amazed at how accurate my predictions were regarding the ultimate outcomes of the Churchill and Yoo cases. But the truth is my past work as an attorney incessantly demonstrated to me that America's legal system is nothing but a facade to dupe people into believing there is such a thing as "justice." The reality, as Churchill's attorney David Lane recently explained, is that "judges, by and large, are appointed by the rich and powerful to protect the rich and powerful's interests in society."

So the satisfaction of being right does little to diminish my wish to have been wrong, because academic freedom is now dead, the rich and powerful are exempt from punishment for their crimes and corruption, the poor and weak have no avenues left to defend their rights, people who exercise their constitutional freedoms are penalized for doing so while those who endeavor to destroy those freedoms are legally protected and rewarded, and torturers serve as law professors and judges in a nation that still has the effrontery to preach about "respect" for human rights.

Finally, a discussion about facades would not be complete without including Indiana's anti-labor, pro-privatization governor Mitch Daniels. In my Pravda.Ru article, Boycott Indiana (January 11, 2012), I discussed how Daniels ended the collective bargaining rights of public employee unions; privatized state-owned assets, like the Indiana Toll Road; turned administration of the state's welfare system over to a private corporation in what a judge later called a "misguided" experiment; and, with the aid of his corrupt cronies in the state legislature, rammed through anti-union "right-to-work" legislation.

Yet once his term expires in a few months, this "paragon" of privatization will continue to make a living suckling off the taxpayers' teat as president of the publicly funded Purdue University. In preparation for the arrival of King Mitch, Purdue officials recently made $380,000 in improvements to the "President's suite."

Coming in Part II: Once an Adjunct, Always an Adjunct