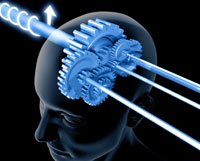 Many pundits have debated the viewpoints expressed by Churchill and Yoo, and most have rationalized that Churchill’s essay was more reprehensible because he was an academic when he wrote it.

But there are three reasons why such a rationalization defies logic.

First, Churchill’s status as an academic may indeed have caused his essay to attract a larger audience than the writings of the average person. But this status did not empower him to formulate governmental policy. Also, as with all essays, readers have the right to accept or reject the writer’s views, as well as the right to respond with opinions of their own.

Yoo, on the other hand, wrote his memoranda while in a policymaking position, which made his views more politically potent, and thus more threatening to the Constitution.

Second, Churchill expressed his viewpoints publicly, knowing they could subject him to exploitation by demagogues, scorn, and even threats of violence.

Yoo, however, cowered behind a wall of governmental secrecy and bureaucracy, denying the American people the opportunity to respond to his opinions or even to accept or reject them.

Thus far America’s criminal justice system has failed in its obligation to prosecute and punish Yoo and others of his ilk. So Churchill and Jose Padilla, a victim of Yoo’s advocacy of torture, have turned to America’s civil law system to find some semblance of justice.

Padilla’s plight, perhaps more than any other detainee’s, chillingly illustrates the scope of the Bush dictatorship’s torture policies, because Padilla is an American citizen who was tortured on American soil.

In April of this year, a jury determined that Churchill had been wrongfully terminated from his professorship position. More recently, a federal judge ruled that Padilla could sue Yoo for the tortures he endured during his detention. In making this ruling, Judge Jeffrey White cited the doctrine that the criminals in the Bush dictatorship believed they could ignore: Government officials are legally responsible for the “foreseeable consequences of their conduct.”

Of course anyone familiar with American jurisprudence knows that such victories are fleeting in a legal system that labors harder to rationalize injustice than it does to produce justice. In fact, American tax dollars were wasted, and will undoubtedly continue to be wasted, to ensure that Yoo will never have to answer, either criminally or civilly, for his crimes.

To justify its defense of Yoo, the Obama administration asserted that the role of government is to defend federal officials who have acted in an “official” capacity, regardless of how one personally feels about the harm those officials have done.

This is simply not true, and to subscribe to such a belief puts Obama in the same league as Roland Burris, his replacement in the United States Senate who, while serving as attorney general of Illinois, callously sought to uphold the death sentence given to a wrongfully convicted man. The egregiousness of Burris’s actions prompted his assistant Mary Kenney to resign in protest and subsequently inspired the governor to declare a moratorium on the use of the death penalty in Illinois.

Yet Burris endeavored to rationalize his actions by claiming it was his “job” to ensure that criminal convictions were upheld, regardless of what he personally thought about them.

But that is not what legal ethics demand of prosecutors or attorney generals. In fact they demand the opposite: that the ultimate goal of the legal system is to do justice, not to win cases at any cost. And most in the legal profession will undoubtedly agree—with perhaps the notable exceptions of Scalia and his sycophantic, self-loathing sidekick Clarence Thomas—that the execution of an innocent person is the apex of injustice.

Clearly there will be no justice if John Yoo and others of his ilk never have to answer for their crimes. And it is despicable that they now enjoy, and even prosper under, the very legal protections they so zealously sought to deny to others. In fact, Jay Bybee, who shared many of Yoo’s views while also serving in the Bush-era “Justice” Department, is now a federal judge on the Ninth Circuit Court of Appeals, thus proving, once again, this unwritten adage of the legal profession: “There is no amount of misconduct that the legal system will not reward if the misconduct serves the system and those who profit from it.”

Supreme Court Justice Oliver Wendell Holmes once said that freedom of speech not only protects “free thought for those who agree with us,” but also “freedom for the thought we hate.”

Which brings me, as I promised above, to my third and final reason. In this tale of two academics, Churchill exercised his right to freedom of speech, a right promised to all Americans, and paid a price for doing so, while Yoo, like a cowardly vandal in the night, attempted to not only destroy this right, but numerous others as well—yet he has paid nothing.

And there is nothing more reprehensible than that.