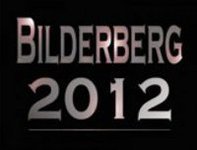 The Internet will one day kill TV News' talking heads and the average concerned citizen will take their place. Those glassy eyed teleprompter readers will become extinct "dinosaurs" as Alex Jones calls them. The protesters at the Bilderberg meeting who took photos and videos are the new generation of investigative reporting.

As I wrote in my previous article, "Who needs the mainstream media when you have videos from educated people?" Yes, I meant the MSM is illiterate. Most of them have never read classic literature, philosophy and they certainly don't know history especially American History. Independent journalists are digging the mainstream media's grave as each day passes. It really is Democracy at work.  It is true power in the people's hands, "vox populi"

We've already heard from people like Alex Jones, Jim Tucker, Abby Martin, Charlie Skelton and theintelhub.com.  Diana Chang  was also there and she found 26 interesting facts which we highlight here:

Diana also interviewed many.  "Travel tips from Bilderberg 2012" has more video clips and comments from the protest.

What brought you to the protest?

Josh: "Well, I'm against deception of all kinds, and these people are blacked out from the media. They're not telling us their agenda. This is the global elite meeting to make decisions for the people, and decisions to make money for themselves, against the wishes of the people. We feel that it should be in the media, and major media is not here, so we're gonna'  cover it."

Eli: "You have the global elite meeting here in secret, deciding our future, our fate, taking away our constitutional rights. It's very important that more and more people get together and expose these evil scumbags."

Milt: "To protest the New World Order. They're destroying America, and destroying Europe too. The One-tenth of One Percent have all the money and they don't care about the people. They just discard us, and all they want to do is make money and control the world, and it's just wrong. You see it at home all the time, what they're doing to us. Somebody's gotta stop 'em."

Kimberly: "I'm a Ron Paul supporter, and I believe he's our only constitutional candidate that's currently running for president. I also believe against the New World Order. I believe that the nation is a sovereign nation.

I believe the people inside here are criminals. I don't believe we'll change them. However, they've been operating in secrecy for too long. Our purpose here is just to educate- educate the public. Even the law enforcement here doesn't even know everything, or they've been brainwashed by the establishment. So, we're just here to educate people- to think for themselves, to learn the truth- don't just watch television and take everything as gospel."

Paul: "A passion for this country- This country is being destroyed by a European global crime syndicate that the American people aren't aware of... Getting more people out here in the public eye to show support for people like Alex Jones, who said, 'Hey, we're willing to sacrifice our day,' who said 'We're going to come out here and represent the American people,' and said "Look, it's important to families, and to our children, and to our grandchildren.' If this doesn't get public attention, it's over. It's over."

Rick: "The way they-" (points toward the hotel) "- create the money is unfair for the 99 Percent. We can evolve to a new economy that gives freedom to people by reorganizing the economy so we don't have to be dependent on them to give us the money."

Leonard: "I felt that because of the criminals inside that are controlling our everyday future, we have to be here to make a statement. They are quite secret in what they do. People like Alex Jones kind of bring it up to the forefront, and that's really helpful, because we have to get our freedom back in this country. That's about the best I can explain."

Ierra: "I'm protesting because it's a lot of lack of knowledge that they've tried to brainwash us on, which was false evidence of what really pertains to- Basically, we've been lied to, over and over and over. We basically need to be shooken and woken up. That's what I'm here for: To help wake up my younger generation, so it doesn't... dominate the stupidity of our older generation. 'Cause they're yellow."

What travel planning did you put into attending this protest?

Hannah: "We actually did book in-" (Points to Westfields Marriott) "- this hotel for a couple of days, but they didn't honor our reservation. As we had done this before, they knew our names, so they cancelled our reservation. They didn't let us stay. They said it was overbooked, but it wasn't...This actual site is quite inconvenient. We've got no facilities nearby. We've got no bathroom facilities. There's no kind of... shops or anything."

John: "I used my frequent flyer miles, got a ticket, and we arranged a hotel, probably about a week and a half ahead of time... Logistically, this is a very difficult location to protest, 'cause there's no parking anywhere nearby. There are no toilets anywhere nearby. So, this is... it's tough. You have to adapt and overcome, but that's what Oath Keepers do. Most of our members are former military and police, and adapting and overcoming is something that we're trained at doing."

Charlie Skelton  was told by a hotel employee that the Bilderbergers call people like him "cockroaches".  That  means you and me too by the way. Anyone who wants to know the truth, anyone who fights for independence and freedom is a filthy cockroach to people like the no-tipping Bilderbergers. It reminds me of what Dr Alan Keyes once said years ago regarding what he believes the leaders of America think :

" Oh, the horror of it all. - defying the will of their masters -These peasants - who do they think they are? Free men and women?"

So, who do you think you are? Free men and women? Get back to work! Watch TV, take your drugs and alcohol and turn your minds to mush. Free thinkers will only end up in misery and death. Why fight it? Enjoy the crumbs they give you and be content. You have your freedom and democracy.  Go away and leave the Bilderbergers alone.  Can't you see they are sending armies to countries like Libya, Egypt and Syria to bring chaos, oops, I mean democracy to all?!

Bilderbergers and those like them want you to think you have freedom but it's an illusion they cast in order to promote their agenda. They think everyone outside their group is worthless. Lucifer thinks the same way whether you believe in his existence or not. The funny part is that the Bilderbergers are his slaves. He gives them what they want but in the end they will suffer eternity's worst.

Their contempt notwithstanding, in every decent person's heart is a desire for freedom from tyranny and to fight that which enslaves us.  This desire manifests itself in those like Alex Jones and all the protesters who were not afraid to stand up to them.

When  the Communists in Russia were rising in power  Bishop Ignaty Bryanchaninov  said in 1927:

"Whoever does not obtain the kingdom of God within oneself will not recognize the Antichrist and will inevitably, become his follower"

How easy it was for the masses to be led astray by a tyrant.  What is more fascinating is how many people were willing to accept it. It's been that way since before Caesar, Genghis Khan, Napoleon, Hitler and Stalin. In recent years we've had rock stars and movie stars that have captured people with their charisma. Even  Obama-mania swept across the U.S. which left America with no hope and little change.

These present day tyrants who think they spin the world are just ugly spiders with no future. Empty souls that cannot comprehend the light of divinity in everyone's heart.  They live to satisfy themselves and corrupt others who come near their web. These "hydra-headed monsters" laugh at us along with their MSM toadies. "..and the darkness did not comprehend it." - John 1:5. They cannot understand so they laugh.

Whether they realize it or not, this new generation of  investigative reporters are fighting the good fight. They do humanity a great favor as well as the future of the world. They show the truth which sheds light on the real cockroaches of the world. Whenever you're afraid to speak out, remember this:

"ONE WORD OF TRUTH SHALL OUTWEIGH THE WHOLE WORLD"