Bilderberg meeting 2012: Everyone not invited 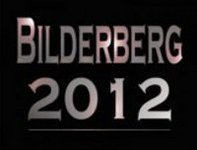 Near Washington, D.C., the Bilderberg meeting started Thursday, May 31 at Chantilly, Virginia, USA at the Marriott Hotel and will end June 3, 2012. Peasants like you and me are not allowed in that hotel. A concerned citizen booked a room way in advance but was later kicked out from the Marriott Hotel in this video.

The mainstream media avoids them but only a few brave souls like Abby Martin from RT , Alex Jones from Infowars.com and the Guardian's Charlie Skelton's are doing the best to report the situation. Make sure to check their websites and videos for the latest news on the Bilderberg meeting.

The Bilderbergs are people who say they are helping humanity so they can make a buck, but are as arrogant as Lucifer and no more sympathetic than he is towards mankind. They live under the "golden rule". Whoever has the gold makes the rules. Rockefeller himself admitted they are conspiring against the best interests of the Unites States to form a one world government.

Why is the Bilderberg meeting a big deal. Well, for one thing it is illegal under the Logan Act which makes their New world Order illegal. Under the Logan Act a U.S. citizen without the authority of the U.S. cannot make deals with people from other countries. Obama and Hillary met secretly with the Bilderbergs on June 6, 2008 at the Marriott Hotel in Chantilly, Virginia.

No wonder Obama refused to go in 2008 to the Normandy memorial services commemorating D-Day June 6, 1944. Sounds like impeachment to me but congress says it will cause black people to riot everywhere. In other words, congress got paid off too. If life's realities have not hit you in the face yet, you can be sure the Bilderbergs did not mention your name wondering what was best for you.

They did not ask themselves like a church social wondering how they can help you and me. I can just imagine Soros asking, "I wonder how I can help Mr. Lerma today? What can we do to improve his situation in life?" No, it's all about them. Money is their key focus. It is their heart.

Has anyone ever been arrested? No one has been arrested for violating the Logan Act. Only journalists and protesters have been arrested. The Washington Times reported "A perimeter of about a half-mile has been set up around the Northern Virginia hotel, and all non-Bilderberg guests reportedly were kicked out of their rooms." If anyone gets too close they will be arrested. Paul Watson of Infowars.com reported two people were arrested for photographing the Bilderberg limousines. Why would they arrest people taking pictures of a limousine? I guess some Bilderbergers prefer anonymity which makes taking photos against their law.

Who is part of the Bilderberg meeting?

Well, you can be sure few Russians are there. There are hateful critics of Russia's beloved Vladimir Putin like Garry Kasparov of the United Civil Front. Many are from the USA like Senator and former presidential candidate, John Kerry; German-born and Nixon's Secretary of State, Henry Kissinger; Governor of Indiana, Mitch Daniels; Google's Executive Chairman, Eric Schmidt; LinkedIn Co-founder and Executive Chairman, Reid Hoffman; Alcoa's Chairman and CEO, Klaus Kleinfeld; Dow Chemical Company's President, Chairman and CEO, Andrew Liveris; Harvard University's Professor of Economics, Kenneth Rogoff. Bill Gates is not there but Microsoft Corporation's Chief Research and Strategy Officer, Craig Mundie is there. They are all big wigs.

I don't see Soros' name on there but who can really trust them to include everyone posted on their website? German Chancellor Angela Merkel had been spotted according to Alex Jones' information. David Rockefeller was also reported to attend as usual but has not been seen yet.

Soros was a Nazis collaborator and the Bilderbergs were started by German born Prince Bernhard (video / photo of him with Nazis salute) who was a member of the Nazis party and the infamous SS (Schutzstaffel). If you doubt, click the links, research it yourself and read some history. Most of the links in this article are videos. I once thought the Bilderbergs were another UFO-like conspiracy made up to make money and sell stories. However, it's very suspicious that the mainstream media is of one mind and ignores the Bildergbergs especially when the media even reports on UFO's from time to time.

What are they Planning?

So what are the Bilderbergs planning this time? Some say they are planning who the next U.S. president will be and choosing his vice president. A logical assumption since this is an election year. However, is this not America where the people choose the president? Where all the media blamed Russia and Putin for voter fraud? Unfortunately, things have not been good in America ever since President Kennedy was assassinated and the Communists took over.

Americans have their own Iwo Jima to fight on their own land if they want their freedom back. It is more difficult now since the emasculation of America was started years ago. Instead of yelling "Sparta", they need to yell in defense of America. Protesting and challenging the Bilderbergs can be done with the new and advanced social media. Perhaps a third independent party can evolve to fulfill the dreams of 1776. Once Americans unite they can raise their flag of freedom over their country and the brave souls who died in past battles like Iwo Jima can rest in peace knowing they did not die in vain.

Russia has nothing to fear since they have a strong defender in Vladimir Putin. China invites capitalism but is a dangerous dragon to those who threaten it. The Western world needs to unite to stop these elitists who can only grind their heel in tyranny over most of the west. Exposing these condescending snobs has been done by brave reporters. Now the job is yours to spread the word because your freedom is at stake.