What we know for sure that makes aka Obama ineligible 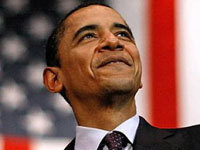 There isn't one single, credible source that has any concrete facts whatsoever, that Obama was born in Hawaii.

Here's a surprise! Hawaii's Department of Education has been unable to find AKA Obama's Kindergarten records. By this time maybe you are no longer surprised.

Obama's Noelani Elementary School Kindergarten records, oddly missing from the State of Hawaii Department of Education, is the first in a series of chronological "coincidences" that obscure AKA Obama's history.

Although Obama has had a first-class education that spanned 25 years, there is only a single document that has ever been released, the application for entrance to the Franciscus Assisi Primary School (next item) -- and that document was discovered by independent investigators.

This is an important feature because Kindergarten records for original school entry would have contained the following:

2. An application with the following:

• His Legal name.
• Parents or Legal Guardians' names.
• Date of Birth
• Place of Birth
• Vaccination Records (revealing a timeline to the place and DOB.)

It also is important for two additional reasons:

A. The Department of Education does not "lose" the records of one particular student. (So, who paid whom what sum to make this record disappear?)

B. There would have been NO shameful low-test scores, NO embarrassing Equal Opportunity advancements, and NO trails of fraudulent funding to hide that could possibly "excuse" the quashing of public school Kindergarten entry records. For the rest of his life he attended very expensive private schools and has had his records legally sealed to deny the public his true life story.

This is different. Hawaii should be able to verify he attended their school since he is featured in class photographs. State and federal tax dollars paid for his initial year of education. Why is there no documentation?

This is the beginning of an intentionally erased life of a fraud and conman and it reeks of complicity by officials within the State of Hawaii's Dept. of Health and Dept. of Education." Hat tip to Don Fredrick at www.colony14.net

"With all of Obama's different names, with his documented long term relations to convicted criminals, with his active efforts to prohibit us from knowing where he was born, with his active efforts to keep us from seeing his credentials, with his documented registration to practice law, professing to have only one name, with his being an ex-attorney not authorized to practice law, but representing himself as such, with his non-existent "Office of The President Elect," with the dozen or so lawsuits against him to determine his citizenship status, with the various promises he made to voters and on which he has since reneged, with his documented lack of respect to America, with his refusal to salute the American flag with others on stage or even to stand at attention, and his other disrespectful actions, with his many millions of dollars in campaign funds suspected to be from foreign sources, with campaign donations accepted from possible terrorists groups, . . . Obama has proven beyond a shadow of a doubt that he can not in any way, shape or form be trusted."

I would ask the reader to accept the premise that there are many potential leaks from those things that are being kept hidden by a man who promised transparency in government. But there are other problems from sources that are not hidden.

9. WHAT WE KNOW FOR SURE THAT MAKES AKA OBAMA INELIGIBLE

AKA OBAMA himself has made it known that his father was from Kenya.

We know that records indicate that AKA OBAMA's biological father was Barack Obama SR, a Kenyan native, and a British subject whose citizenship status was governed by The British Nationality Act of 1948. That same act governed the status of Obama SR's offspring. We know that the geographical location of AKA OBAMA's birth is not considered by British law. Who the father was determines citizenship, not where you are born. Had AKA OBAMA been born in Tokyo or Texas he would still be a citizen of the United Kingdom under The British Nationality Act. A similar practice governs who is considered a citizen in several countries. Judaism is matrilineal, meaning that your mother's, lineage determines whether you are a Jew. That is why Jews from all over the world can claim Israeli citizenship.

Obama's British citizenship was short-lived. On Dec. 12, 1963, Kenya formally gained its independence from the United Kingdom. Chapter VI, Section 87 of the Kenyan Constitution specifies that:

So we know for sure that, if OBAMA Sr is in fact his legal father, then AKA OBAMA was a citizen of the United Kingdom and then Kenya. Given all the efforts to keep his birth certificate hidden, it is reasonable to assume that he is not a citizen of the United States, but even if he were born in downtown Denver he would still have triple citizenship, and is thus ineligible to hold the office of President.

There is a similar problem with AKA OBAMA's possible Indonesian citizenship. School records have surfaced that clearly indicate AKA OBAMA being listed as a "Muslim" with "Indonesian" citizenship.

So AKA OBAMA has been a citizen of the UK, Kenya, and there are inconclusive documents indicating that he was also a citizen of Indonesia. The missing birth certificate may be a false clue that leads away from the big crime. Even if Obama were born in Hawaii* he would still be ineligible to serve as President because of his dual (perhaps triple) citizenship.

*not likely, given the effort expended to keep the information about his birth a secret. By AKA OBAMA's and Bob Bauer, AKA OBAMA's Lead Lawyer's, own reports, AKA OBAMA has spent Hundreds of thousands of Dollars on legal fees defending against lawsuits claiming that he is not eligible. Why would AKA OBAMA spend that much money to hide a $10 Birth Certificate?

10. PAY ATTENTION TO THIS NEXT QUOTED PARAGRAPH:

"Don't be distracted by the birth certificate and Indonesian issues. They are irrelevant to Senator Obama's ineligibility to be President. Since Barack Obama's father was a Citizen of Kenya, and therefore subject to the jurisdiction of the United Kingdom at the time of Senator Obama's birth, then Senator Obama was a British Citizen "at birth," just like the Framers of the Constitution, and therefore, even if he were to produce an original birth certificate proving he were born on US soil, he still wouldn't be eligible to be President." Leo C. Donofrio

The facts are clear, and the law is clear. All it will take is for a judge to issue a ruling. Do you think AKA OBAMA and his lawyers fret about this? They certainly are spending hundreds of thousands of dollars to fight this issue. So far, no court or judge has issued a ruling on the merits of any legal case against AKA OBAMA. Cases have been dismissed on legal technicalities, but no actual case has yet been heard.

There are other potential leaks that come from AKA OBAMA's international history. If Obama was born in Kenya, there should be a record of that birth in UK records. There are probably people in England and Kenya who already have information that would put cracks in AKA OBAMA's distorted reflection of himself, and there is other information that can be mined from archives. The same is true for Indonesia.

In the unlikely outcome that none of the people talk, and none of the documents surface, would AKA OBAMA than be free of obsessive fear of being found out? No, even if none of his secrets are revealed and none of his lies are exposed, he will continue to remain vulnerable.

Because of the way AKA OBAMA ran his campaign; donations from Donald Duck and Mickey Mouse, donations from illegal foreign sources, and ACORN's crimes; More than half the voter registrations turned in by ACORN canvassers during the last election were not valid, according to testimony to be presented before a House Judiciary subcommittee, etc, AKA Obama is subject to criminal violations of the Internal Revenue Code, federal campaign finance laws, and laws against voter registration fraud, according to a memo by Cleta Mitchell, co-chairman of the Republican National Lawyers Association. In spite of all this Congressional Democrats still want ACORN to be eligible for federal money.

This is the first president in history to flout election campaign laws and receive millions from foreign countries (including Gaza), blockbusting stories that broke at Atlas all during the campaign.

• "Obama's overseas (foreign) contributors are making multiple small donations, ostensibly in their own names, over a period of a few days, some under maximum donation allowances, but others are aggregating in excess of the maximums when all added up."

• The contributions had come from over 50 specifically named countries and major cities.

Regardless of how lively an election season might be, a new study shows that more 3.3 million voters on current registration rolls across the country are dead. Another 12.9 million remain on voter registration lists in an area where they no longer live. The analysis was conducted by the Aristotle International Inc., a technology company specializing in political campaigns, developing software and databases for politicians. In total that means about 8.9 percent of all registered voters fall under the category of "deadwood" voters on the rolls, the term for voters who should no longer be eligible to vote in a precinct.

You may have noticed that the usual role of the media in ferreting out high jinks in high places has not been mentioned. There is no "All The President's Men" movie in the making. No one is being considered for a Pulitzer Prize for investigating AKA OBAMA. Is journalism dead in America? Well no, not quite.

Somebody, a major news outlet executive, has done the Pulitzer research. On his To The Point News website, Dr. Jack Wheeler said he will "Let the source of the information reveal it, in his own time. "...the details of what he told me are for him to reveal when he chooses, not me. I can tell you it is OMG wild."

So get ready folks. One of these days I will be asking all of you AKA Obama fans to, "All together now, say OMG!"