How to Build a More Just Economy? 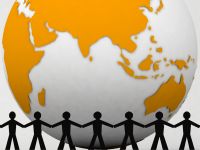 How to Build a More Just Economy?

Undoubtedly, everyone wants to live in a better world, preferably with opportunities for social mobility, with good jobs, access to income and ability to enjoy a feeling of well-being. However, it is always good to ask: how is this achieved? To put it another way: how to build this desirable "other world," with more justice and less inequality?

The construction of this "other world" is undoubtedly the economic system that is established, primarily in an attempt to drive economic activity to fruition. The economy (science and activity) in a general sense, has this "power" to enhance or hinder considerably the lives of many people. This is why it is necessary to establish an economic system that includes coverage around the preoccupation with social issues. Therefore, one should not lose sight that the economy is, in practice, an inexact human science.

The undisputed fact is that modern economics can no longer be thought of without the inclusion of the social sphere. It is essential to consider a comprehensive social theory that is able to include the different actors of socio-economic development. It is also of fundamental importance to think about development without ignoring ecological problems.

It is easily verified that inequality in a country like Brazil, given its level of wealth and economic growth, is unacceptable. There was a recent improvement in income distribution, but our society housed nearly 50 million people in poverty in 2008, according to a study by IPEA, that is those people who lived in families with a per capita monthly income below R $190,00.

In addition, there are still millions of poor that are subject to starvation, although Brazil is the fifth largest country in territorial extension, with more than 670 million arable hectares. And the issue of hunger continues to be treated with palliative measures. This is a nation with an industrial edge exporting airplanes and shoes, but keeps millions of people walking barefoot. It can be seen clearly that the economic system is at least unfair.

To end this injustice, it is necessary to incorporate the millions in need in an economy of solidarity, brotherhood, fellowship and social balance. This is the step to be taken, if one desires, in fact, to walk head-on toward a better world.

Aristotle said that the possession of a minimum level of income is needed so that man can live with dignity and according to virtue. How is it possible to create a more just economy with less poverty? Undoubtedly, the maintenance of a constant and high rate of economic growth is a prerequisite for the improvement of living conditions, along with a proper policy of income transfer.

But you can fall into a deterministic view, and see everything in terms of social engineering. We must also consider human development, which emphasizes the importance and dignity of each person. This depends not only on good economic policy, but initiatives for cooperation and solidarity that can be performed by each of us in schools, businesses and any organization of civil society. One example is the Ethos Institute, which encourages businessmen and executives to manage their business in a socially responsible manner.

It is essential that those who are better off act ethically and politically for the reduction of poverty and social inequality.

Both are members of GECEU - Study Group Foreign Trade UNIFIEO.