The Federation Council of Russia has reacted to the US bill on tightening sanctions against North Korea. According to the document, Washington has the right to take control of Russian ports in Primorsky Krai. This will be allegedly required to keep tabs on North Korean citizens working in the shipping industry. The ports in question are the ports of Nakhodka, Vanino and Vladivostok. 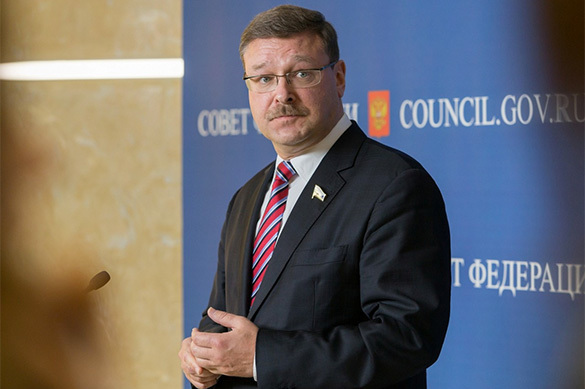 The document also mentions foreign ports, including in China, Iran and Syria. As chairman of the Committee for Foreign Affairs, Konstantin Kosachev, said the implementation of the draft law on the control of Russian ports provides for a military scenario, which is tantamount to "declaring war."

In a nutshell, the Americans intend to forcefully inspect all incoming ships. This scenario, Kosachev said, "boggles the mind." Therefore, the Federation Council believes that it will never happen.

To crown it all, the document states that the USA will strengthen control over the movement of Russian diplomats.

"In this initiative, along with yesterday's decision to set up an interdepartmental committee to counter Russia's secret influence on other countries, I see a kind of "restraining" response from the Russophobic part of US Congress to the emerging progress in the Russian-American dialogue following the recent telephone conversation between the two presidents," said Kosachev.