”The result of the special operation surpassed our expectations,” the terrorist's statement runs

One of the last leaders of Chechen terrorists, Shamil Basayev, claimed responsibility for the recent blackout in Moscow, which paralyzed a big part of the city and caused huge economic damage to Russia's capital. Basayev claimed that it was him, but not the outdated energetic equipment, that cut Moscow from electric power supplies on Wednesday, May 25th. 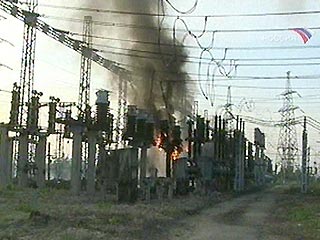 The statement, which was published on one of Chechen websites, said that the recent crisis with electricity in Moscow had been organized by Chechen gunmen. Shamil Basayev said that diversionary groups of Chechen gunmen conducted a successful special operation on the territory of Moscow and the Moscow region and put the energetic system of Russia's central region out of operation.

”Our diversionary groups have struck a sensitive blow on one of the most important life support systems of the Russian empire. The result of the special operation surpassed our expectations. At present moment we are collecting the information about the character of consequences of our attack on the Center of Russia,” the statement from Chechen leader Shamil Basayev said.

The message from the terrorist says that the Russian government conceals the true reason of the man-caused disaster.

It is worth mentioning that the head of the Russian Ministry for Energy, Viktor Khristenko, told reporters in the State Duma soon after the breakdown that the special headquarters for the investigation of the reasons of the blackout found no traces of external interference, Newsru writes.