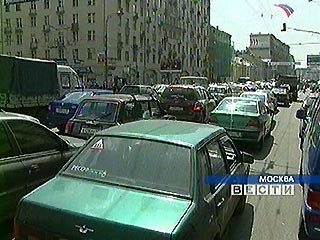 Moscow experienced a man-caused catastrophe today in the morning. Numerous breakdowns occurred at electric power plants, cutting a huge part of the city from electric power supply. The blackout took place at 11 a.m., not only in Moscow but in the Moscow region as well.

The blackout disabled elevators in apartment blocks and business centers. There is no electricity in Moscow hospitals and morgues. The weather in Moscow is unusually hot at the moment – about 32 degrees above zero, which can be viewed as disastrous taking into consideration the fact that the massive blackout disabled air conditioning systems as well. 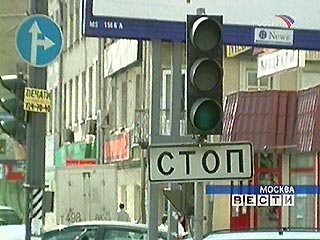 The city transport does not work either. One can see huge traffic jams in the streets of Moscow: traffic lights do not work.

Certain districts of Moscow have been left without water supplies as well. There is  no electricity at pumping facilities, which cut the water supplies to apartment buildings.

Electricity went off in the building of the Federation Council of Russia, where a plenary session was taking place. The senators did not really notice the trouble with electricity: the session hall has an autonomous source of electric power.

The metro traffic stopped as a result of a massive blackout in Moscow too. All stations have been closed for passengers' entry. Tens of thousands of passengers have been trapped under the ground: 43 metro trains with 20,000 passengers stopped in the tunnel of only one line of the Moscow metro. Eyewitnesses say 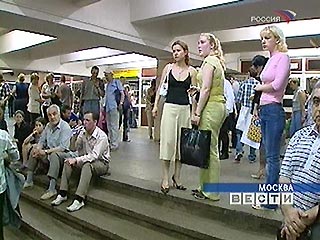 that there is absolutely no light in the metro; escalators do not work either.

The traffic in the Moscow metro was resumed at approximately 2:00 p.m. The evacuation of passengers was completed successfully, there was no panic, Itar-Tass reports.

The massive blackout disabled a lot of Russian websites as well. About 80 percent of the Russian Internet traffic goes through the M9 station in Moscow, which was disconnected from electric power supplies too.

Russian Vice Prime Minister Viktor Khristenko said that such a massive disconnection from electric power occurred because of the fire and explosion on one of substations of the city's energetic company, Mosenergo. Russia's Energy giant, RAO UES of Russia, is expected to provide more detailed information about the accident in the near future, RIA Novosti reports. 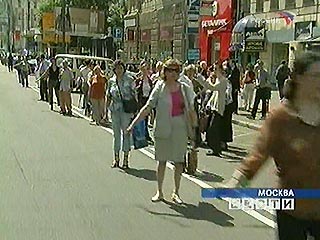 Today's emergency situation in Moscow has caused unimaginable mess in the streets of the city. Hundreds of people are standing along the roads hitchhiking. One may say that car owners are the only people that can gain profit from today's energetic crisis in Moscow, raising their fees extremely fast.

Crowds of people can bee seen around stations of the Moscow metro. People are trying to hide from the hot sunshine, looking for shadows everywhere. Many passengers in crowded public traffic faint because of the heat.