The massive blackout paralyzed about a half of Moscow, including shopping malls, enterprises and firms

Moscow emergency services continue liquidating the consequences of yesterday's energy crisis. Spokespeople for the Moscow city government said that electric power would be resumed completely in the city by 2:00 p.m. Thursday. 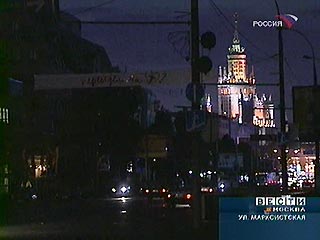 There is still no electricity, water and telephone connection in several southern districts of Moscow. When the blackout occurred, it originally disconnected 11,706 buildings, including 8,814 apartment blocks.

About 70 educational institutions, including schools and kindergartens of Moscow are still disconnected from electricity. Hospitals still use mobile electric stations. “The situation in Moscow is being stabilized slowly but surely,” a spokesman for the Moscow government, Vladimir Resin said.

The situation in the Moscow region is a lot more complicated. Many towns of the region are still deprived of electric power and water supplies.

The traffic in the Moscow metro was resumed completely today in the morning, 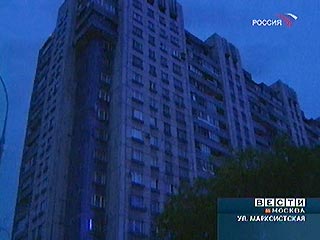 although trams and trolleybuses are not prepared to carry passengers yet. It was decided to restrict the entrance of car traffic in Moscow on account of the energy crisis.

The biggest blackout in recent memory occurred in Russia's capital yesterday, leaving 34 districts of the city disconnected from electric power supply. The blackout seriously affected Moscow, the Moscow region, as well as the Kaluga and the Tula regions. Thousands of passengers were trapped in the stuffy metro; crowds of people were trying to hide from record-high pre-summer temperature of 30 degrees Centigrade in the streets of the city. Road traffic went to a standstill because of disabled traffic lights. There was no illumination in Moscow's highways in the evening. 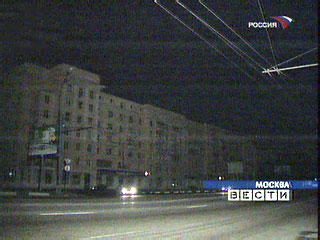 The Office of the Prosecutor General has already instituted criminal proceedings against the administration of the Russian energy giant RAO UES of Russia (United Energy Systems).

The massive blackout paralyzed about a half of Moscow, including shopping malls, enterprises and firms. Three Moscow meat and dairy factories stopped working yesterday. The damage has been preliminary evaluated at about one billion dollars.

Luckily, the energy crisis in Moscow left no victims.