Novichok in a suitcase

It is highly unlikely that the nerve agent, which was used to poison former Russian spy Sergei Skripal and his daughter Yulia in Salisbury on March 4, arrived in the UK from Russia in Yulia Skripal's suitcase, experts believe. Yulia Skripal arrived from Russia on March 3, and she and her father lost consciousness the following day. 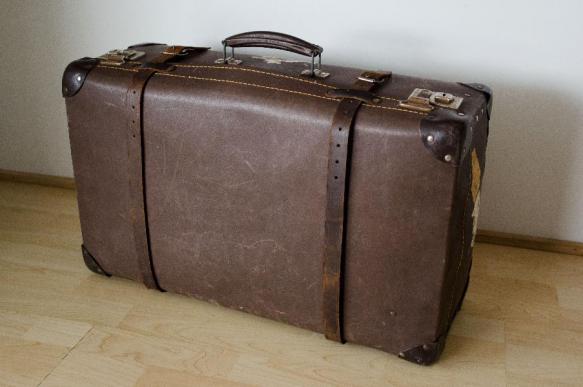 If there were a chemical agent in the suitcase, the two people would not be well for a whole day, Anton Utkin, an expert in chemical weapons, formerly a UN inspector to Iraq, told RBC.  They would have fainted at home, right next to her suitcase. Yet, the two people were found unconscious in a park. To crown it all, a police officer, who did not inspect Yulia's suitcase, was exposed to the poison as well, the expert said.

Former member of the UN Commission on Biological and Chemical Weapons Igor Nikulin also believes that the version about a container with Novichok nerve gas planted in the suitcase does not hold water. "Traces were found in the suitcase, as well as in several institutions in Salisbury, that is, if the container had been planted there, it should have given a leak, which looks implausible," he told RBC.

According to the expert, Novichok nerve gas has a specific smell and yellowish color, and it is impossible not to notice it. "The only option is to transport the substance in a container or an activation device, when the ampoule could break inside to trigger the reaction. Yet, as long as Novichok was never in service, there are no precedents for the transportation of the substance, so no one has ever produced any carriers for it," Nikulin said.

The experts also pointed out that Novichok could be synthesize not only in Russia. According to Nikulin, US special services could synthesize the poison formula successfully. During the 1990s, US special services disposed of an object near the city of Nukus in Uzbekistan, where the substance was synthesized. Technically, they could obtain samples, technological regulations and equipment.

According to Anton Utkin, any experienced chemist who has necessary reagents can synthesize this substance.

Earlier, The Telegraph wrote with reference to sources in British special services that the nerve agent, which poisoned Sergei Skripal, arrived in the UK in his daughter's suitcase unbeknownst to her. It is believed that malefactors could break into Yulia's apartment in Moscow and plant the nerve gas into her belongings. British investigators do not believe that the perpetrators, who conducted the chemical attack in Britain, delivered the nerve agent to the country on their own. It was also said that police officer Nick Bailey could have been exposed to poison in Sergei Skripal's home, rather than on the site where he was found with his daughter.

Sergei Skripal and his daughter were poisoned on March 4. They remain in critical condition.