Many experts believe that the problem of a possible war in Eastern Europe still remains a topical subject. To a large extent, it was provoked by a completely far-fetched media hype around Zapad 2017 military exercises of Russia and Belarus. One mat come across absolutely unrealistic ideas in this connection, such as sending American warships to the Sea of Azov. 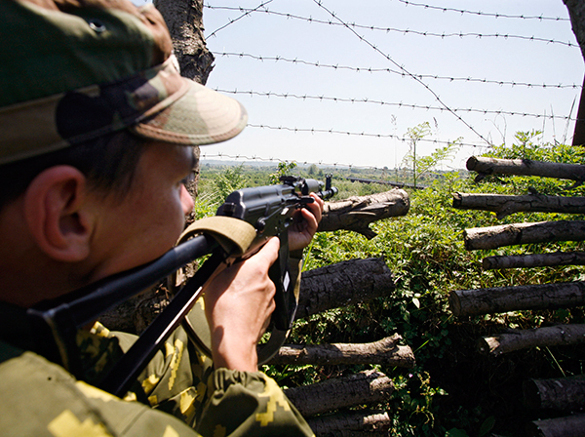 At the same time, the press names possible causes for the conflict. Independent Military Review, for example, believes that the termination of the agreement for the transit of natural gas through Ukraine in 2019 could become one of such causes. Experts of the publication believe that the last deterrent factor will disappear and a war could break out already in 2020.

Are there any grounds for theories about a military conflict? Pravda.Ru talked about it in an interview with military political scientist Alexander Perendzhiev.

"Are there grounds for possible military action in Eastern Europe?"

"I do not think that there is a war in store for the region. Yet, I do believe that parts of Ukrainian territories can be alienated to Hungary or even Poland. As for the war, I do not know against what country this war could spark. I'm not exaggerating anything, but the recent "heroic deed" committed by former Georgian President Mikhail Saakashvili, when he walked across the border of Ukraine, showed all the "might" of the Ukrainian armed forces, their border guards, and so on. It was just an unarmed man with a "support group," who simply walked into Ukraine and he could get away with it, even though the Ukrainian Commander-in-Chief ordered not to let him in."

"Do you think that there are chances for armed conflicts to spark because of the transit of energy through the territory of Ukraine?"

"This is not a matter of conflicts, but a matter of establishing relevant cooperation with Russia again. Therefore, they will talk about the need to return to projects of the past. Maybe they will reincarnate the South Stream project. All this is not going to be very important for Russia, because Russia already has bypass ways."

"Do you think that Russia may negotiate everything with the USA, and all others will simply accept the decision that is going to be made?"

"I think that there will be direct talks between Russia, Poland, Hungary, the Czech Republic, and Slovakia. It will be up to these countries to discuss these issues, because this is a common problem for these countries. In fact, it goes about an opportunity to establish a bloc of countries on the platform of Eastern Europe. A military conflict is not likely to happen. I am convinced that all interested parties will take every effort to minimise any possibility for a military conflict to start."