The militants that consolidated their positions on a US base in At-Tanf near the border separating Syria and Iraq, were selling US ammunition to the Islamic State terrorist group (banned in Russia) former security chief of the Syrian sector Muhammad Assalam said noting that the militants were selling American weapons, vehicles, anti-tank grenade launchers and M-16 rifles. 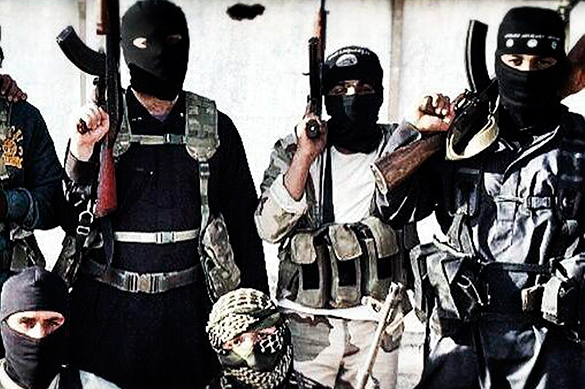 Jasch Magawir As-Saur group is part of the so-called Free Syrian Army, which is opposed to the official Damascus. It was formed in December 2016 with the financial support of the United States. The militants underwent military training in Jordan under the leadership of specialists from the US-led coalition against ISIL terrorist group. The group was conducting most of its military operations in the south of Syria.

Muhammad Assalam also noted that US forces provided no humanitarian assistance to Syrian civilians, although refugee camps are located not far from the base. "There was neither humanitarian nor medical assistance provided," he said, noting that Syrians stationed at the US base are ready to fight on the side of ISIL, while others together with Syrian government forces fight at the request of the United States.

Pravda.Ru asked Semyon Bagdasarov, director of the Centre for Middle East and Central Asia, to comment on the situation.

"The US uses intermediaries to sell weapons to ISIL, and even representatives of the Syrian opposition acknowledge that. It appears that everything that Washington says about the struggle against terrorism is empty rhetoric. In fact, the US thus continues to support its offspring - the Islamic State. Does America want the war in Syria to last on and on?"

"This is a complicated question. I do not know the real state of affairs, but it is very likely, that the US does sell weapons to the Syrian opposition. The Americans do it to obstruct progress of the  government forces of Syria and eventually agree to occupy certain settlements that the Islamist side controls. Quite possibly, Washington is doing this in order to somehow maintain control over the situation in the Middle East, while the Islamic State is still actively used by Washington as a tool for implementing its policy in this region, there is no doubt about it."