Iran asking for trouble again, USA happy to give it

Member of the Federation Council Committee on International Affairs, Igor Morozov, said that Russia had the right to demand the convention of the group of six international observers to address the situation around Iran. Earlier, Iranian President Hasan Rouhani said that Iran would pull out from the nuclear agreement if the US continued to expand sanctions. According to Morozov, representatives of the IAEA should be invited to the meeting to once again confirm Iran's strict compliance with the agreement. Pravda.Ru asked an expert opinion on the subject from historian, political scientist, president of the Moscow Center for the Study of Public Law, Azhdar Kurtov. 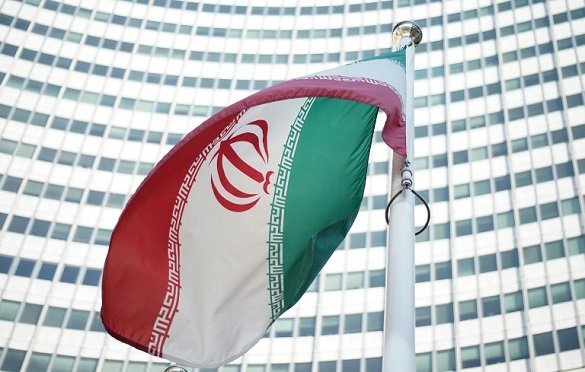 "What may happen to the world should Iran leave the nuclear agreement?"

"This is a very unpleasant story, of course, because the negotiations to conclude the agreement were very difficult. Many politicians and experts had had serious doubts about the success of the process. The agreement means that neither the IAEA nor anyone else, including the Americans, could prove that Iran's ultimate goal was to possess nuclear weapons. The conclusion of the agreement allowed to stabilise the situation in the Middle East, because Iran is the largest regional power.

The current situation can bring us back to the times of growing tensions in the region. The Americans can not reproach Iran now, because Iran has not done anything to violate the terms of the agreement. Tehran is often accused of running offensive foreign policies in the Middle East by supporting its fellow Shiite brethren in Syria, Bahrain and Yemen, but this is, frankly, a normal situation."

"How will the possible denunciation of the agreement affect the balance of power in the region and the position of the countries of the Middle East?"

"I think that there is a certain connection here with the escalation of the conflict around North Korea. If the Americans openly threaten to strike targets in the DPRK, thus raising a threat of a nuclear conflict, all others tend to strengthen their security. It is the Americans who actually create conflict situations - they push so-called threshold states to possessing nuclear weapons. Yet, I do not think that something serious will happen in the Middle East. If the Iranian president withdraws from the nuclear agreement, military actions are not likely to follow.

"In Syria, Sunni insurgents lose their positions to Syrian government troops. Therefore, it is possible that the Americans may try to provoke Iran to take radical actions in the region in this connection.

"The US foreign policy has been inconsistent and impulsive recently. At first, they say that they are leaving Afghanistan, then they are going to strike North Korea, then they start a conflict with Iran. One may expect another perturbation on the hydrocarbon market, because if there's oil, there's a conflict."

"Do you think that the goal of the new US sanctions is to oust Teheran from the oil market?"

"Technically, this could be possible, especially against the backdrop of growing tensions between United States of America and Venezuela, which is also one of the largest oil-producing powers. At the same time, we understand what the world oil market is. Removing a competitor is not so simple, because this market is already divided. Iran supplies oil to a number of countries, the United States supplies oil to other countries. Oil refineries in different countries work with specific quality of oil, so one cannot simply replace Iranian oil with American oil."