The news from the Transnistrian Moldovan Republic (Transnistria, also known as Transdniestria) has been getting increasingly alarming during the recent months. The authorities of Moldova and Ukraine, clearly following orders from the USA, have been tightening the blockade of the unrecognised state. Traditionally, anti-Russian provocations are in use while the United States launches the construction of military facilities in Moldova. 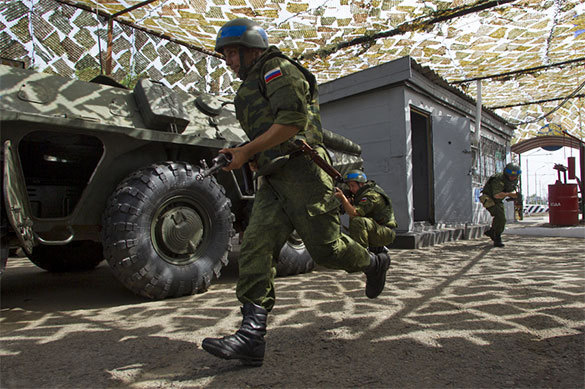 Another conflict in the region has been gathering pace. In theory, Russia is supposed to intervene with all ensuing consequences in the form of accusations of "imperialism" and "aggression," "interference," and "the desire to restore the USSR." The entire political responsibility will be fully assigned to Moscow (relevant speeches, statements and resolutions have most likely been prepared). New sanctions will follow and US and NATO military forces will strengthen their military presence on western borders of the Russian Federation, including in Moldova and Ukraine.

The above scenario appears to be a strategic goal the West has been looking up to. The next goal would be to oust Russia from the Black Sea. Straits for Russian warships will be closed, Georgia will be turned into a NATO base to conduct actions against the Russian Federation in the Caucasus.

In a word, the West is pulling out strategic plans of the Eastern War, known in Russia as the Crimean War. Many historians refer to this war as World War Zero.

The main threat that the developing situation in Transnistria may pose to us is the involvement of Russia into military operations on the territory of the unrecognised republic. This is exactly what Washington, Brussels, Kiev and Chisinau want Russia to do. They want to force Moscow to take action that could be regarded as an armed intervention.

There are serious reasons, for which Russia may interfere indeed. Suffice it to say that almost 50% of the population of Transnistria hold Russian citizenship (200,000 people). Another reason is  the result of the referendum in 2006, when more than 90% of Transnistrians voted to join the Russian Federation. In 2016, a mechanism was launched in the republic to implement the results of the referendum. To crown it all, Russia has its military presence in Transnistria - about 2,000 peacemakers.

It does not matter what tools the West will use to provoke Russia in Transnistria. It may go about the economic and transport blockade of Transnistria, the construction of military facilities of the US and NATO in Moldova in close proximity to the Transnistria border, and closer cooperation between anti-Russian authorities in Kiev and Chisinau. If this is not enough, one can expect tougher actions up to subversive and terrorist activities conducted by Moldovan and Ukrainian special services.

Russia needs to realise that any form of military intervention in Transnistria would mean a strategic defeat for the country. At the same time, it does not mean that Russia should quietly leave and let Western predators turn Transnistria into NATO's territory while 200,000 Russian citizens will be left there abandoned, to the mercy of Moldovan-Ukrainian nationalists.

First, Russia could make it clear that it would be ready to recognise the People's Republics of Donetsk and Luhansk should the state of affairs in Transnistria aggravate. This will make Kiev and Old Europe (at least Germany, Austria) think about the price of the conflict in this region.

Secondly, Russia should explain prospects of the emergence of a whole chain of hotspots from the Donbass and Transnistria to the Balkans. The Germans, the Austrians and Europeans in general may listen. Obviously, the New Europe, represented by Poland, Romania and the like will call for war in the alliance with the United States. Yet, Berlin, Vienna, Rome may have their own thoughts about such a development.