The President of Moldova Igor Dodon has claimed that joining NATO is an absolutely unacceptable issue to the country. 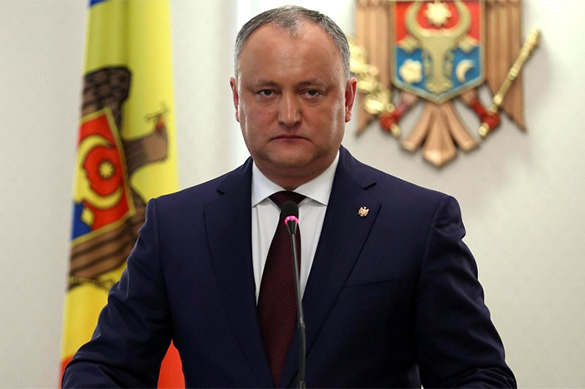 'I have always been saying to all of our oversea partners that there are 3-4 things I cannot allow to become a subject of negotiations,' Dodon said while talking with the Russian State Duma Chairman Vyacheslav Volodin.

The main thing, as the President noted, is maintenance of the country's neutrality and Orthodoxy, as well as strategic partnership 'with our friends from Russia'. They try to impose some European values to Moldova, but it has no need of them.

Vyacheslav Volodin has stood for extension of interparliamentary relations with Moldovva and especially noted engagement of Dodon in festive celebrations of the Victory Day in Moscow.

As Pravda.Ru reported, the Moldovan President Igor Dodon claimed that he would not allow to abolish the Victory Day in the country or substitute it with any other holiday and called on people to take to the streets and go on the Victory march. According to the President, the 9 of May is a Victory Day for the majority of the citizens.