Georgian media broke the news about the Russian military taking control of a part of Baku-Supsa oil pipeline. It goes about a 1.5-kilometer section of the pipeline that passes through South Ossetia. The Georgian authorities took the incident as an act of pressure on Georgia. Yet, Baku (Azerbaijan) called not to exaggerate as the above-mentioned oil pipeline is secondary to the Baku-Tbilisi-Ceyhan oil pipeline. 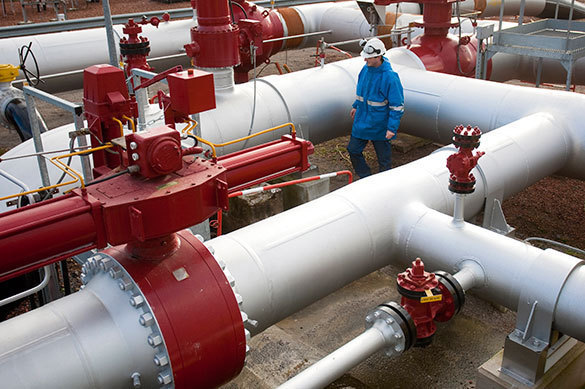 Georgian newspaper Rezonansi wrote that the section of the Baku-Supsa oil pipeline that passes through the village of Karapil in the Caspian region of South Ossetia went under the control of Russian and Ossetian military deployed in the area.

Georgian Foreign Minister Mikhail Janelidze stated that the South Ossetian authorities committed a provocative act. In turn, former MP of the Georgian parliament, Vakhtang Khmaladze, said that "Moscow thus tries to force Tbilisi to delimitate the border with the self-proclaimed republic of South Ossetia, while the Georgian leadership refuses to make such a decision."

According to the head of the parliamentary committee for defense and security of Georgia, Irakli Sesiashvili, the Georgian authorities try to ensure the uninterrupted operation of the pipeline and reduce risks by cooperating with international partners for the purpose.

However, the reaction to the incident in Azerbaijan was much calmer than that in Tbilisi. According to a well-informed source at SOCAR oil company, "the administration of Azerbaijan does not see a threat for oil transportation through the Baku-Supsa pipeline."

The press service of BP-Azerbaijan stated that the Baku-Supsa oil pipeline was operating normally.

The Baku-Supsa pipeline is of secondary importance compared to the Baku-Tbilisi-Ceyhan oil pipeline and the Baku-Tbilisi-Erzurum gas pipeline, which were built after the "Contract of the Century" was signed in 1994 to develop Azerbaijani oil fields in the Caspian region.

According to Azerbaijan, the control over the section of the Baku-Supsa oil pipeline will not allow Russia to demand payments from BP for transit, since the above-mentioned segment passes through the territory of South Ossetia, which is not part of the Russian Federation. South Ossetia will not be able to seek payments for transit either, since the republic has not been recognised as a subject of international law.

Most likely, the incident has an important psychological effect: the Kremlin has reminded the West of the fact that it retains control over the transportation of oil from the Caspian Sea to Europe.

The Baku-Supsa oil pipeline was launched in April 1999. The pipeline is intended for the transportation of oil from the Chyrag field in the Azerbaijani sector of the Caspian Sea. The pipeline is 830 kilometers long, its capacity is seven million tons of oil per year (140,000 barrels per day). The pipeline operator is British Petroleum. A section of the pipeline (about one and a half kilometers) passes through the Leninogorsky district of South Ossetia. After the war in August 2008, its territory passed under the control of the Ossetian side.